Stepping into the Bytown Museum today for the first of several posts, we find ourselves looking first into the stone vault, built into the structure a few years after it was erected. The walls in here are thick, and it might remind you of a cell, particularly with that gate. 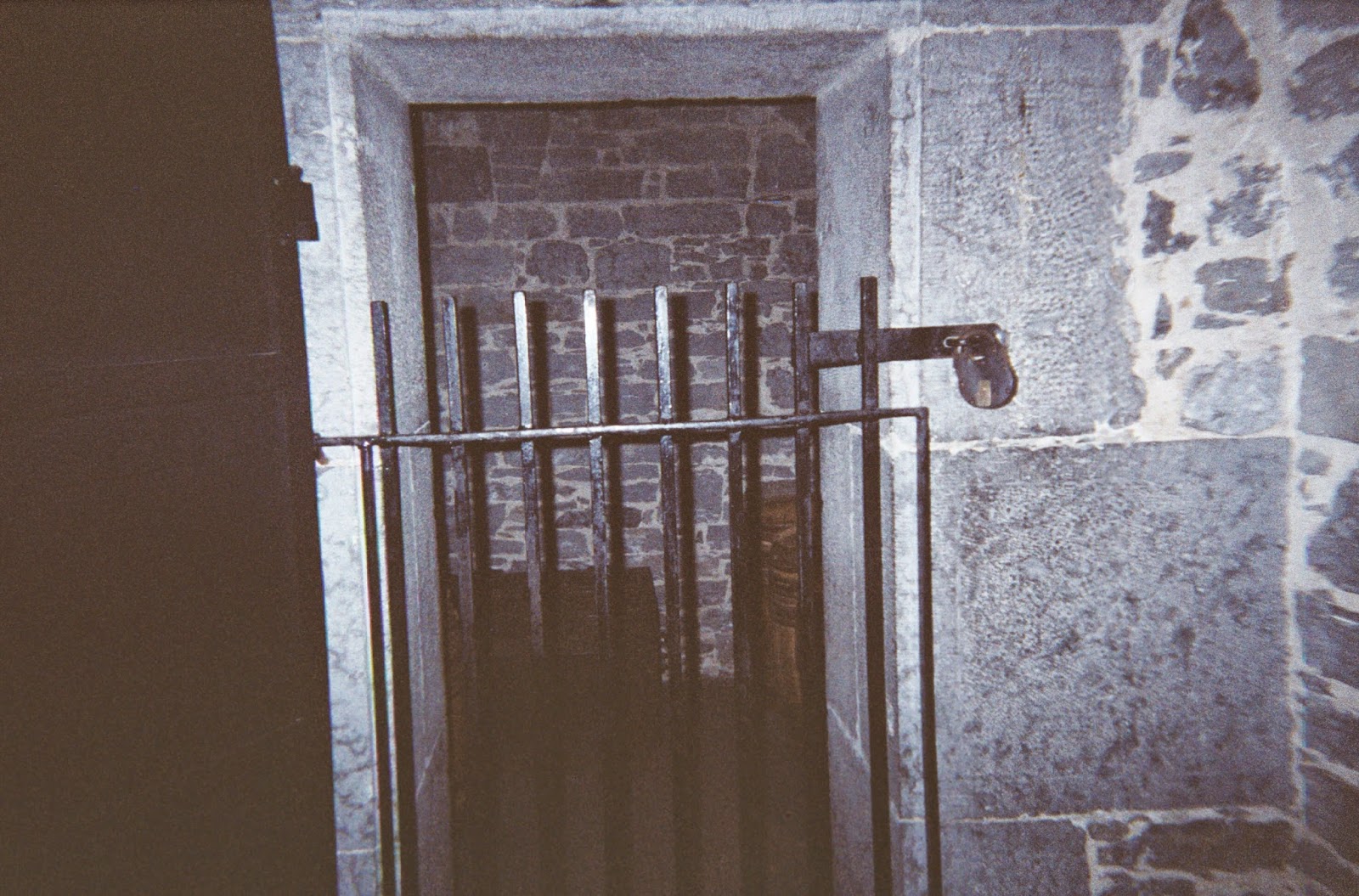 The building was originally a storehouse and treasury for John By's work on the Canal, and then used as a storehouse for the government for many years after until the 1950s, when the museum took over the structure to house its collection of local history artifacts. The building is as solid as ever, a testament to the skill of the masons who built it. It might be a pleasant place in the day... but night is another matter. The Museum has become a regular stop on the Haunted Walks held here in the downtown core.

There are a few ghost stories here. Lights go on and off by themselves. Footsteps and whispers are heard where there is no one present. Electronic devices behave in odd ways when no one is near them. Dolls in a cabinet are said to have eyes that blink and follow visitors. And some visitors have felt being pushed. Is Colonel By still here? One of his aides? Perhaps some of the thousand odd workmen who died during the building of the Rideau Canal?