Views Of The Rideau Canal In Winter Glory

Two other views of the Rideau Canal from within the Convention Centre, taken in March. The National Arts Centre on the other side will be getting a major expansion, announced a few days ago by the Dark Lord's Cabal (otherwise known as two members of the Prime Minister's Cabinet, one of them being the Walking Temper Tantrum currently serving as our foreign minister. John Baird, if you ever happen to see these words, holding your breath or screaming bloody murder when you don't get your own way are not the ideal techniques of diplomacy, you bloody prat!).

It'll be designed to offset the Sixties era architecture (the 60s were not a good era for architecture). The NAC is a major setting for music and theatre here, with the NAC Orchestra in the midst of a final season under its current primary conductor, the renowned Pinchas Zuckerman, who has spent fifteen years here leading the orchestra and will be moving on to new things after this year's programming concludes. He will be missed. 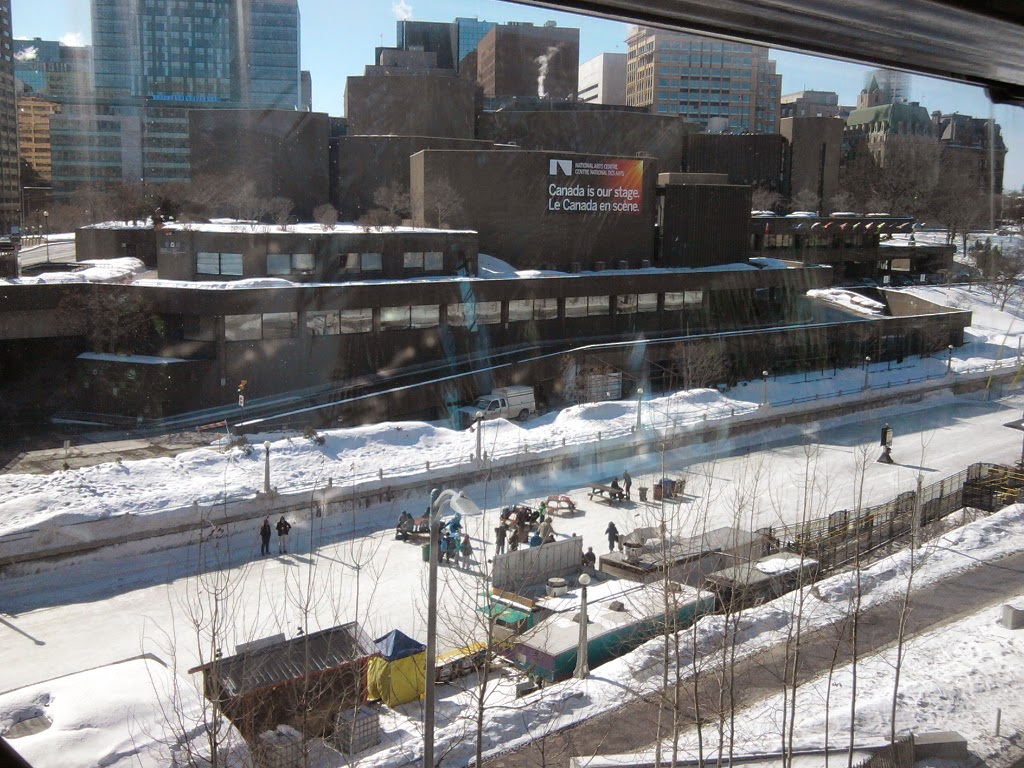 I love getting into this building and taking advantage of the glass wall to frame shots. Here we look just a little further up the Canal and spot Parliament Hill. 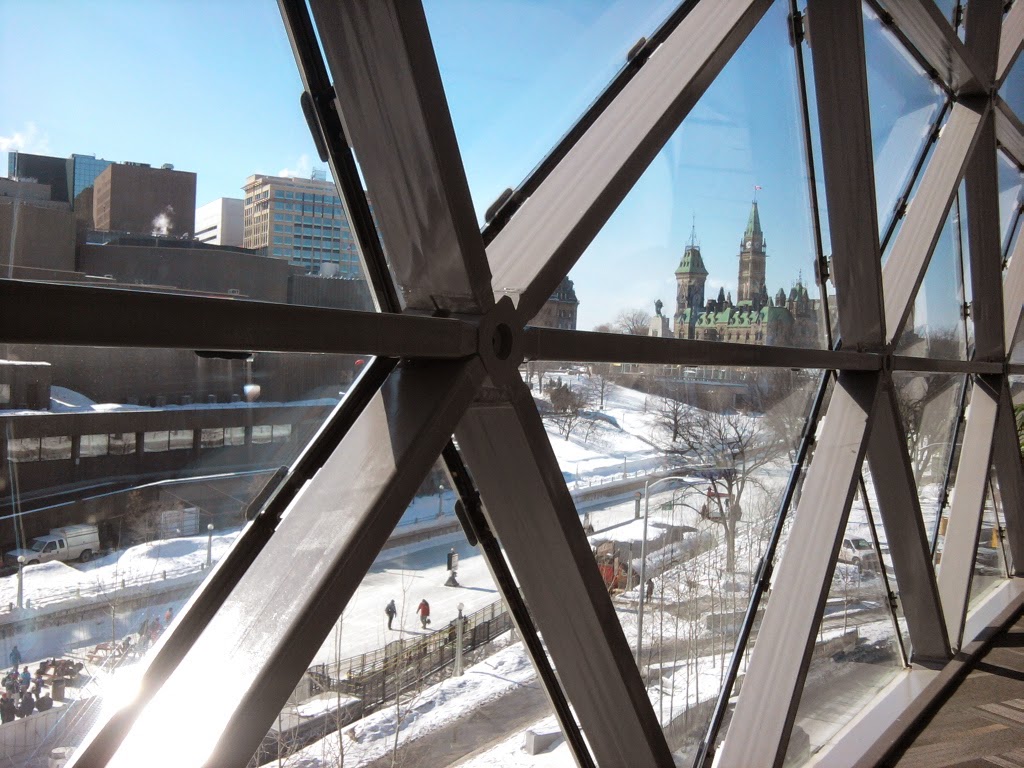