I tend to prefer taking pictures of the Canal downtown in the vertical as opposed to the horizontal. It parallels the lines of the Canal, and tends to cut down on the presence of that monstrosity to the left. That particular hideousness is the headquarters for National Defence, in other words, our Pentagon. Let's just say when they were building it, the architect must have been thinking, "just how ugly a building can I get away with designing?" The place always seems like it was hit by an ugly stick. Anyway, National Defence is in the process of pulling up stakes to new quarters out in the west end somewhere. Ideally they can demolish this eye sore and build something of significance, like a national portrait gallery (which we would have right now, if not for it being cancelled as one of the very first acts of government by the hyper-partisan lunatic in the Prime Minister's Office) or a new science and technology museum (things strictly frowned upon by the Dark Lord). Honestly, the man's hatred for the National Capital has been glaringly obvious for years. Americans might gripe about their government, but they get the idea that a national capital's institutions deserve full support. Why is that so hard for our Prime Minister to grasp? 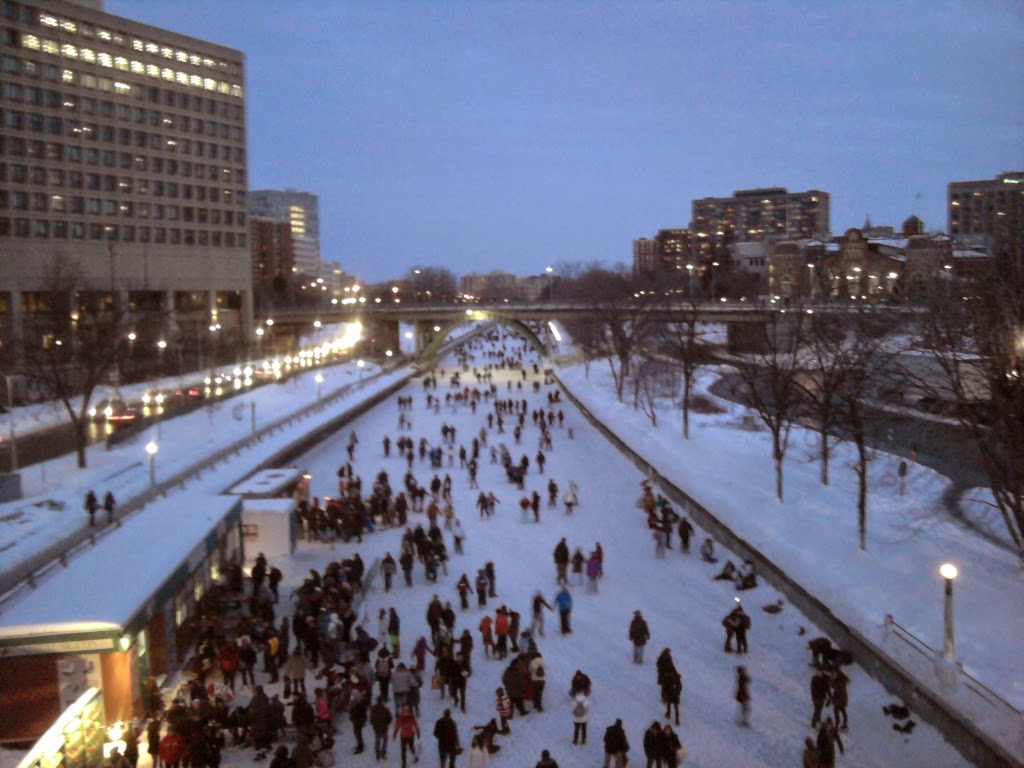 Anyway, rant over. Before I get hauled off for speaking ill of the Not So Glorious As He Thinks Leader, Janis from Greensboro Daily Photo asked yesterday if there were any organized races on the Canal. Yes, there are, and they're both tied into Winterlude. One is a winter triathlon, so the skating portion of that is done on the ice here. The other is what's called a bed race, namely four people skating with a bed frame along a race-course with a person on top of the frame, trying to get the best time over other competitors.

Yes. It's strange. It's something we do to get ourselves through winter.