Today is the date of John A. Macdonald's birth in Glasgow, Scotland. A Father of Confederation, co-premier of the Canadas, and the nation's first Prime Minister, Sir John is more than anyone of his time the driving force behind the creation of the country. Without him there simply wouldn't be a Canada. He is our founding father, and today marks the bicentennial of his birth. Much about his life can be found here.

He had his flaws, certainly, and policies that must be criticized, but on a day like today, we can remember his ingenuity and political skill at persuasion, forging a country out of a collection of disparate colonies. He learned from the mistakes that led to the American Civil War, and heeded those lessons well. The vision he and his fellow Fathers of Confederation devised called for a strong central government binding the country together, something the Dark Lord currently residing in the Prime Minister's office could certainly pay heed to. 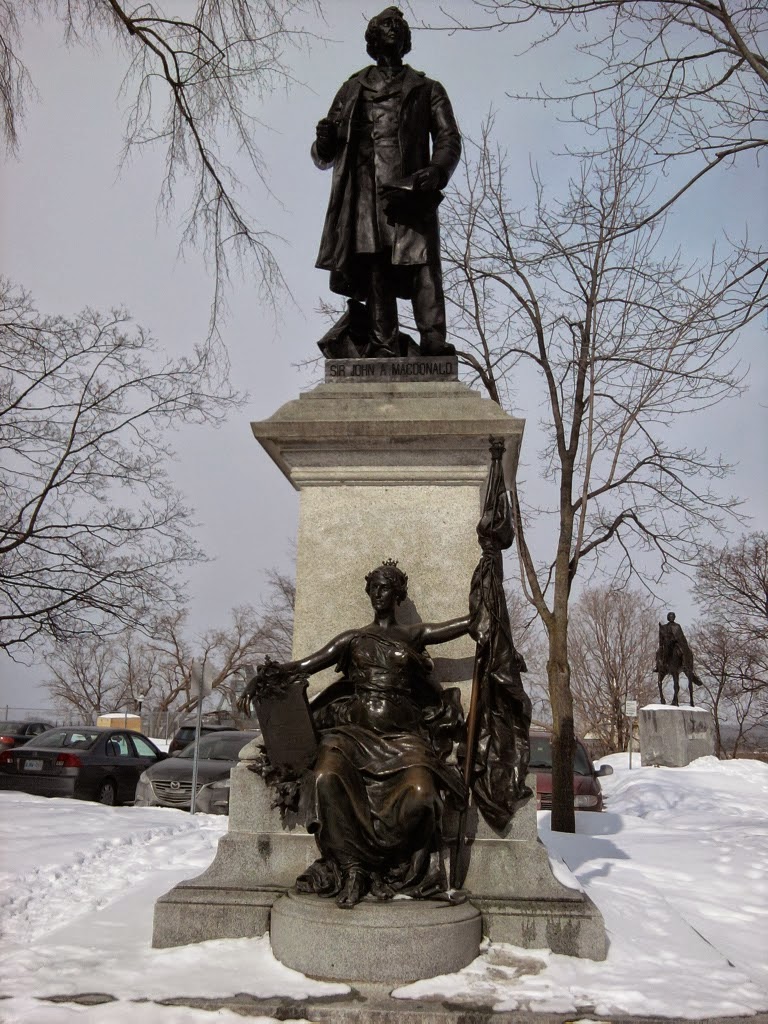 The above sculpture features Sir John on Parliament Hill, taken last winter. The statue in the background on horseback is Queen Elizabeth. Below, these summer photos are the statues at the airport terminal, where Fathers of Confederation and co-premiers Macdonald and Sir George-Etienne Cartier greet newcomers to the capital. 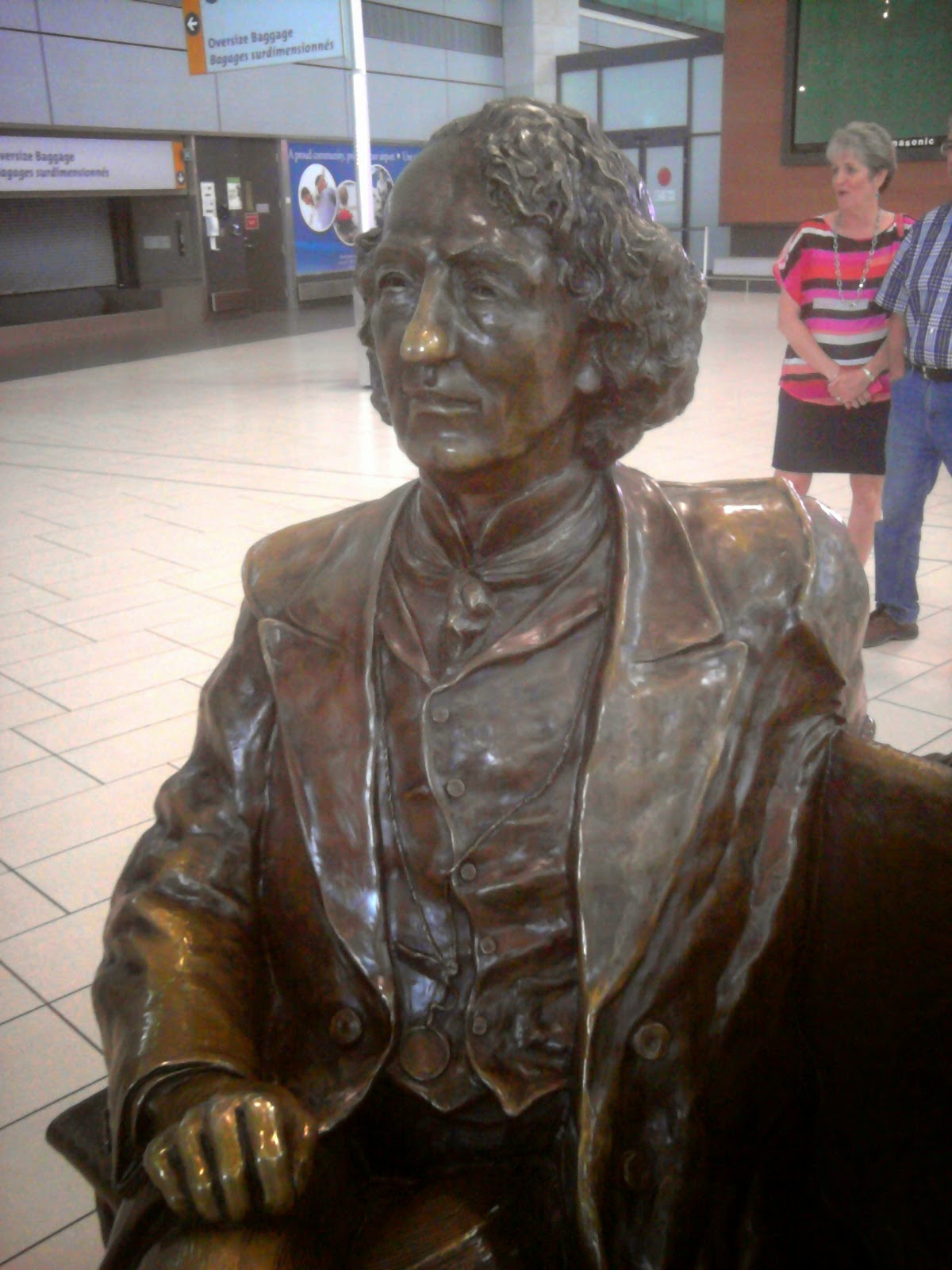 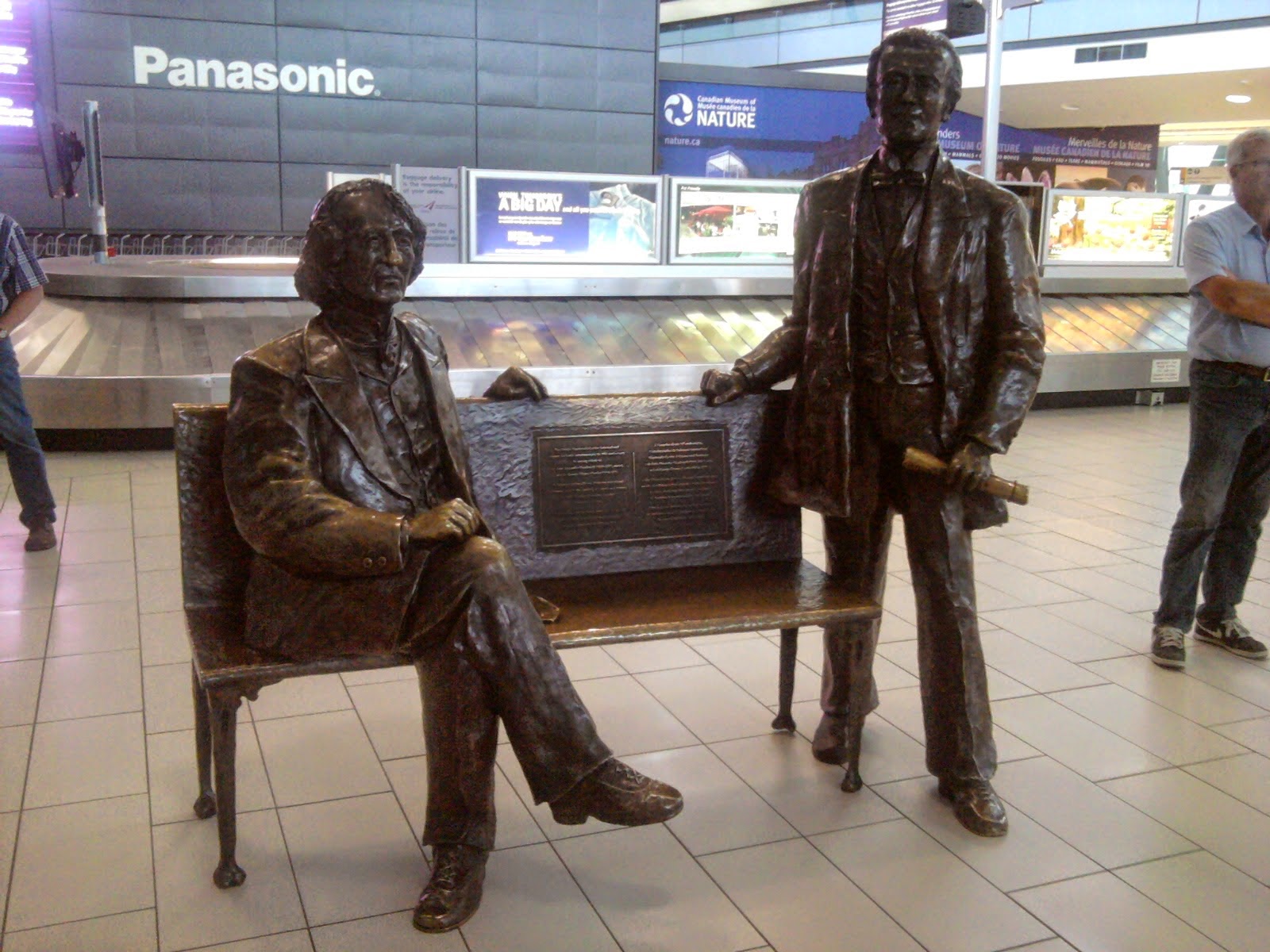 Sir John, of course, aside from being a nation's father was also a drunken scoundrel and a rogue, and would no doubt appreciate raising a glass in his honour. Happy Birthday, Sir John; you don't look a day over fifty.