Killed By An Assassin

In my post from yesterday, Jackie mentioned finishing a biography on Thomas D'Arcy McGee, so I looked up this summer photograph of his statue on Parliament Hill, with Gatineau in the background. This Irish-born Father of Confederation was a close friend of John A. Macdonald, and a fierce critic of the Fenian movement. He was gunned down while returning to his boarding house on Sparks Street, a block south of the Hill, late one evening in April 1868. The details of that night can be found here. 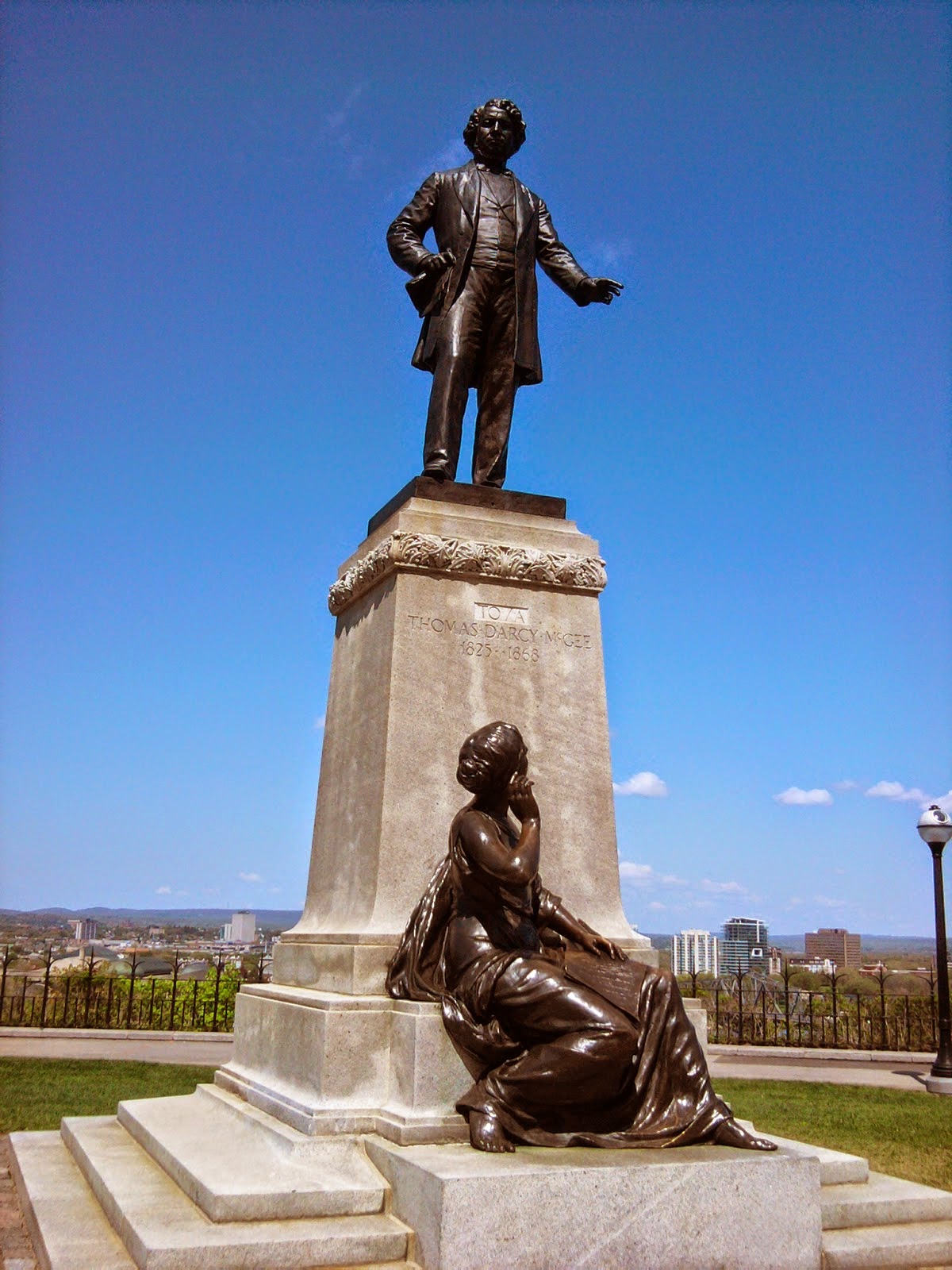 The man arrested for the crime, Patrick James Whelan, an Irishman with sympathies to the Fenian movement, was convicted (there's an argument to be made that it wasn't a fair trial, given the interference of the Prime Minister), and hung at what was at the time called the Carleton County Gaol. The building is still downtown, though these days it houses, among other things, a hostel for travelling students. I've been in there a couple of times... and the corridors of that old gaol feel oppressive... as if you're being watched. Needless to say, the place has many ghost stories. Is Whelan one of them?