The Rideau Canal widens west of yesterday's pic where it forms Dow's Lake. The Skateway travels up to the top of the lake before coming back down and heading towards its end at the Hartwell Locks at Carleton University- the last turn can be glimpsed at the center of the pic. Many students commute to the city's three universities by skating too, since Carleton, the University of Ottawa, and Saint Paul University are all within reasonable distance along the length of the Canal. The full length of the Skateway is 7.8 kilometres, and the cleared ice has a surface area equivalent to 90 Olympic hockey rinks. Guinness World Records lists the Skateway as the largest naturally frozen skating rink in the world. 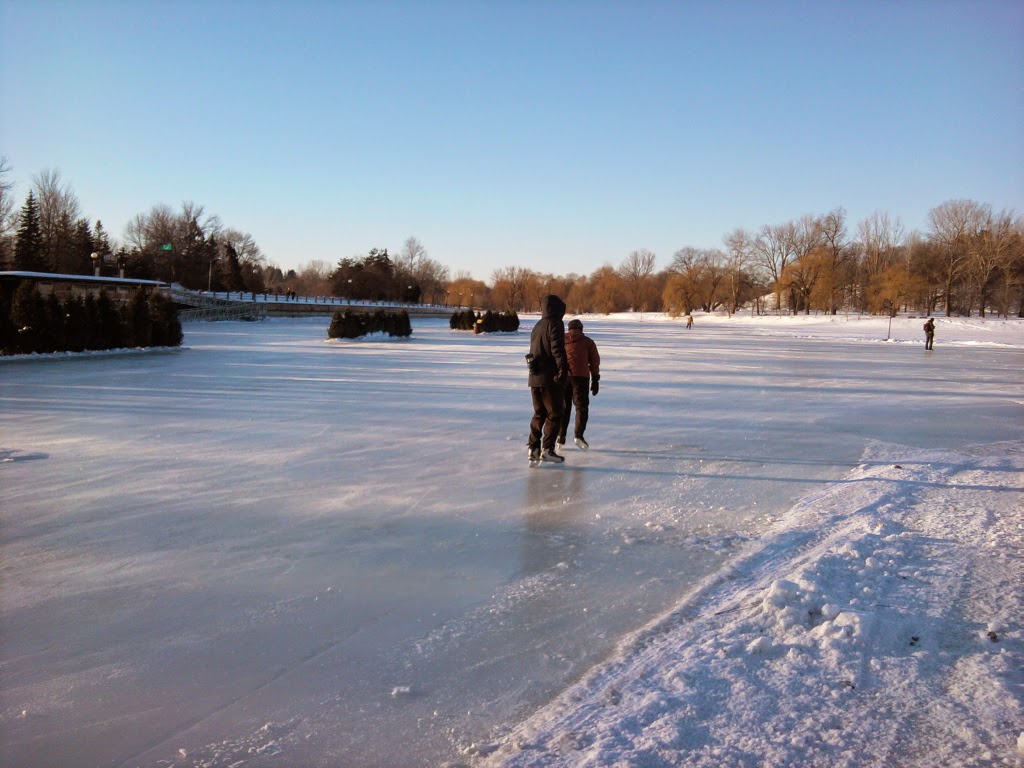 The snow at the right side is fine for walkers like myself who don't happen to know how to skate (I know, it's positively un-Canadian). The plows maintain a path along the ice with a thin layer of snow that makes for surprisingly easy walking.