Happy New Year, and welcome to 2015! The first day of each month is a theme day for members of City Daily Photo. For the first of January, the theme is Photo Of The Year. You can find other favourite photos of  bloggers by clicking right here.

I had several that stood out for me in 2014. The first two were ice sculptures, lit at night, in Confederation Park during Winterlude. 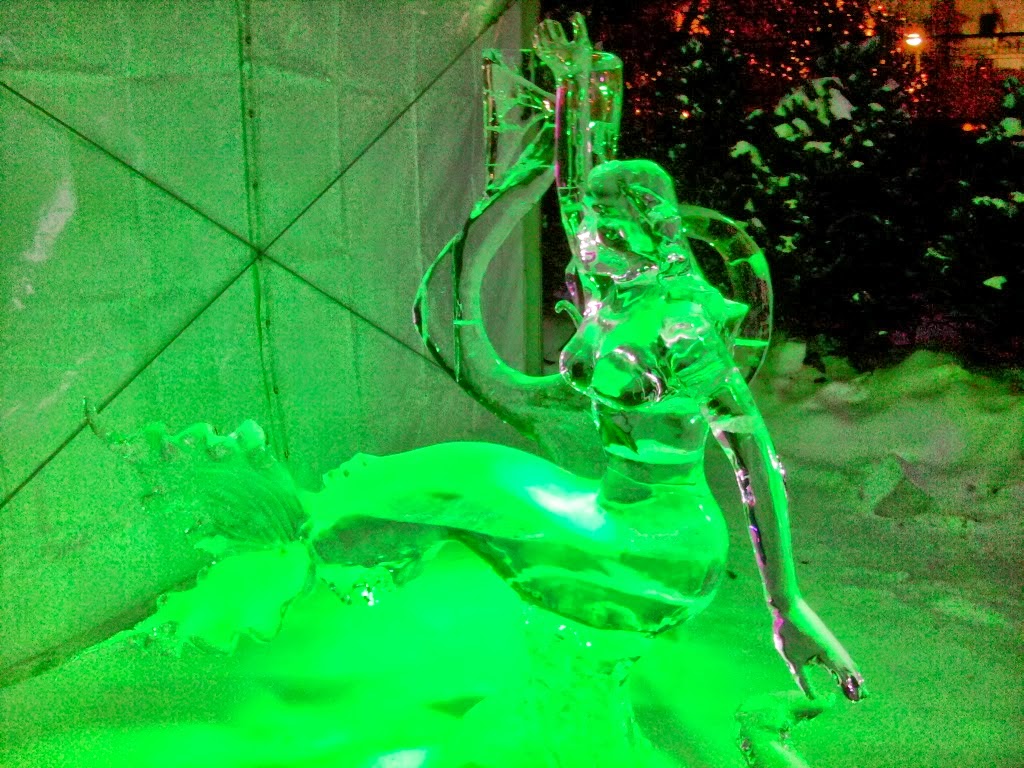 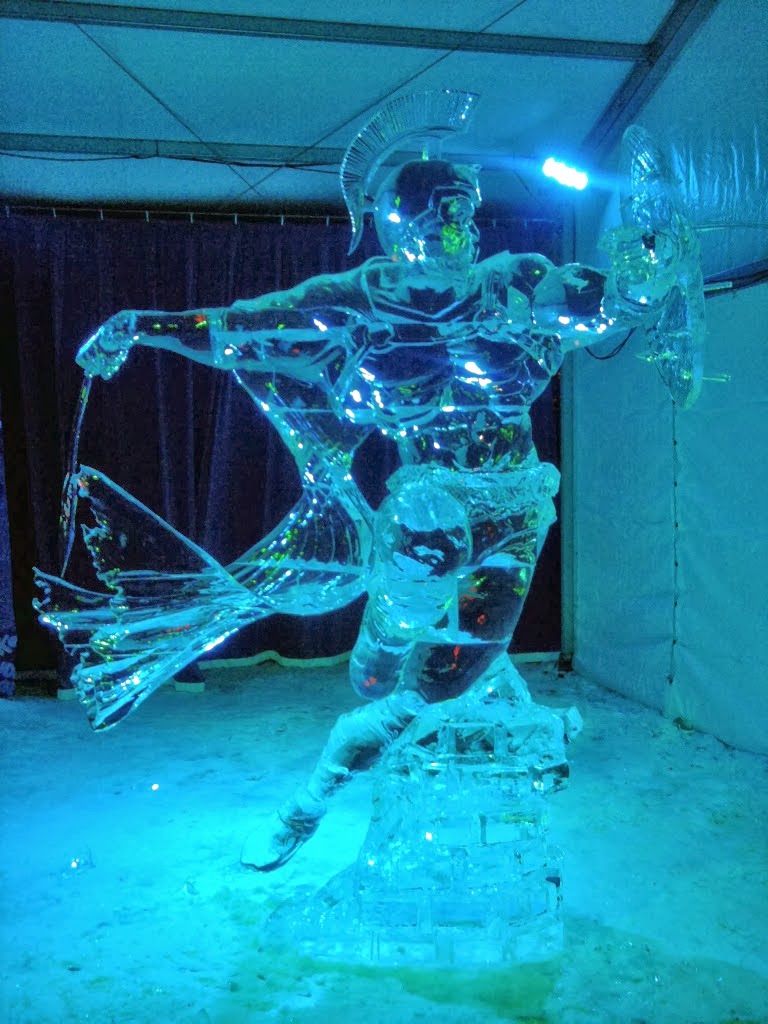 This one, on Parliament Hill, was taken on a day supposedly meant to honour veterans of the Afghan War, but basically little more than an excuse for our not so beloved Prime Minister to bask in his own bloated ego. Still, it stands out for me because of the moment of contact captured here between a civilian on the ground and one of the soldiers on the Leopard tank. 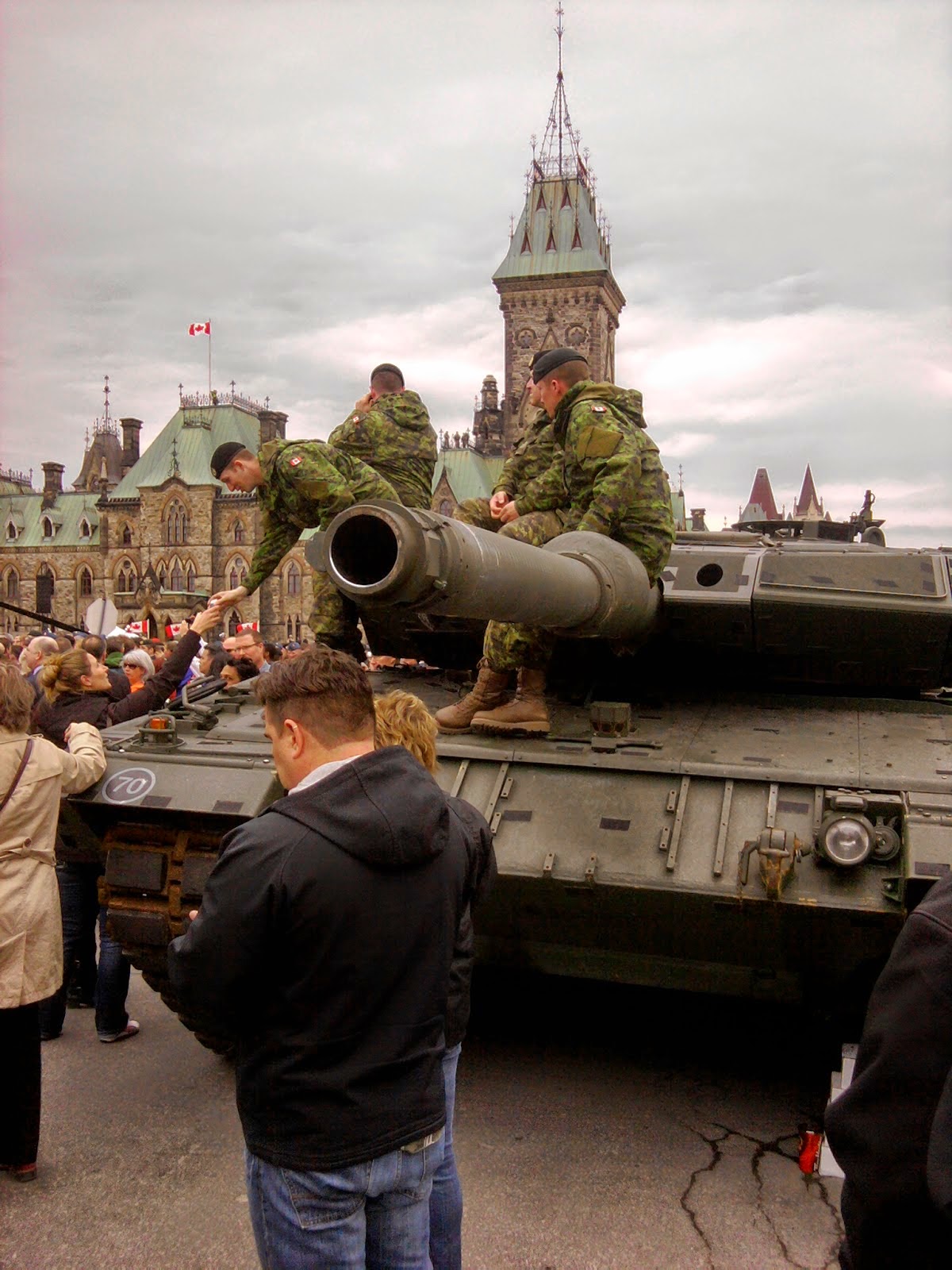 The Tulip Festival in May is always big here in Ottawa and in Gatineau. This bed of tulips, on the Quebec side of the Ottawa River in Jacques Cartier Park, stood out for many readers because of that lone yellow tulip lurking among the red and white tulips. 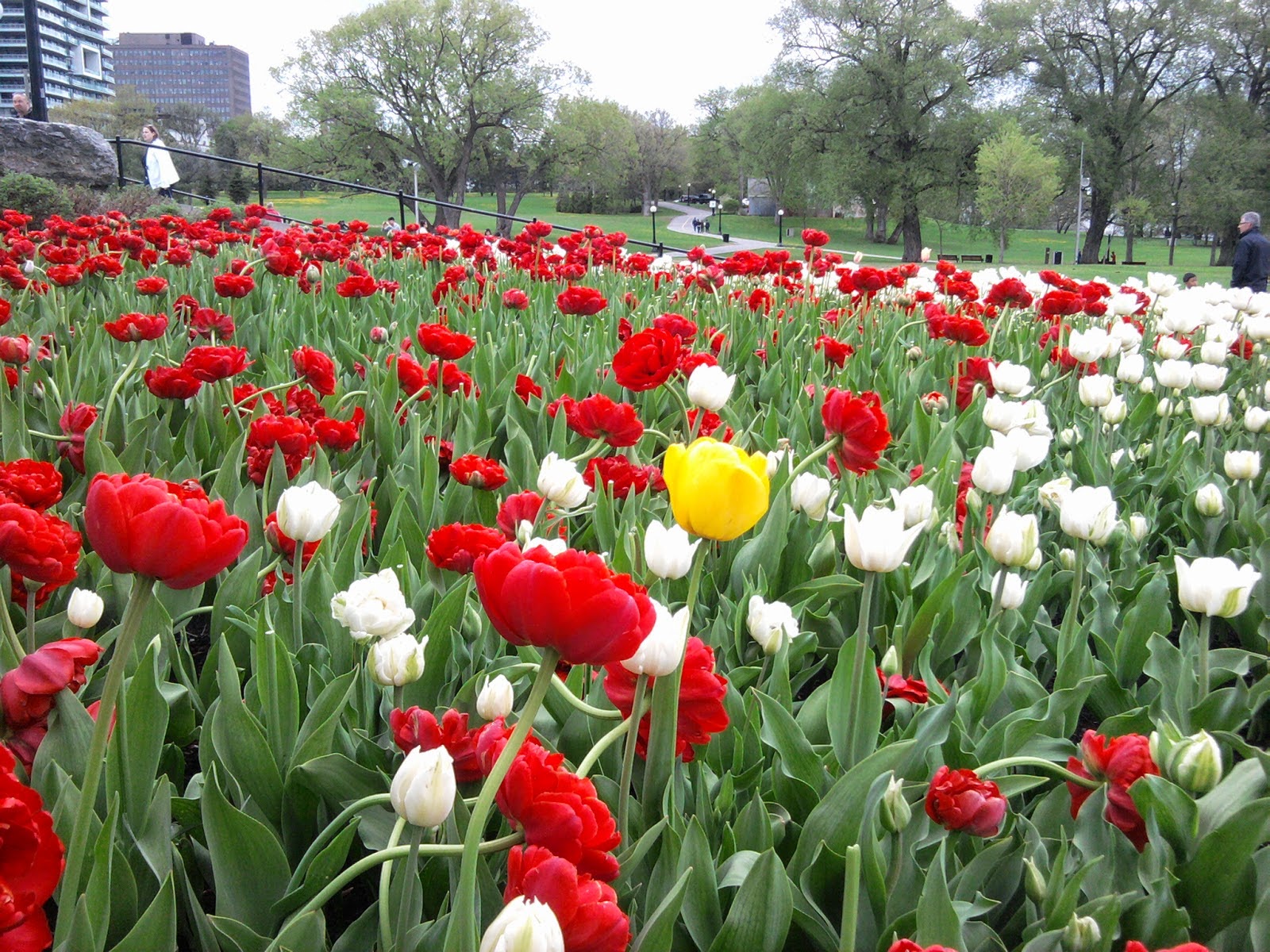 This bed of tulips at the base of the Peace Tower is one of my favourite shots, both of the Festival and of the Tower. 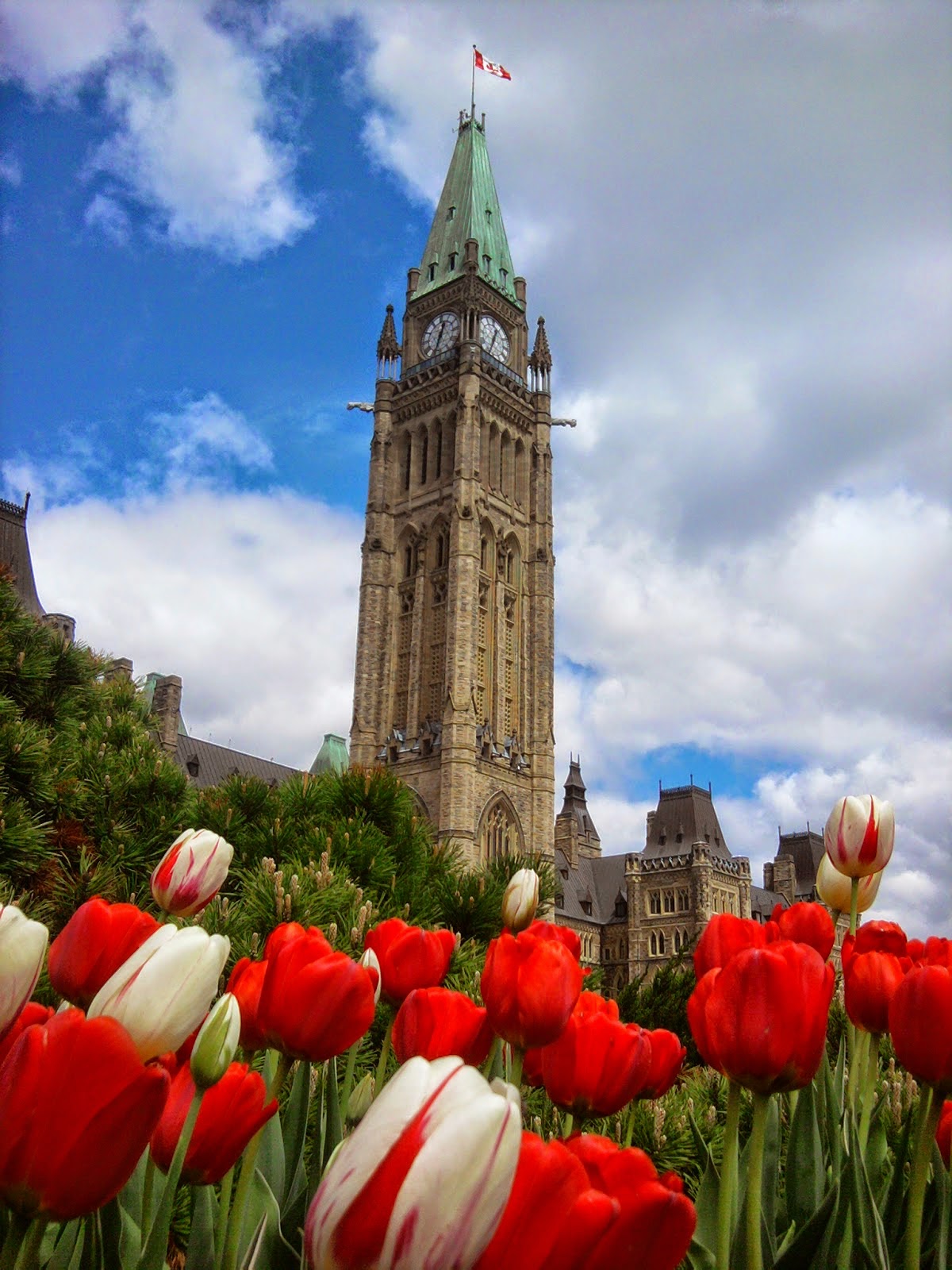 The shooting and death of a ceremonial guard on the 22nd of October at the War Memorial brought out much concern and sympathy from readers. I used this previously posted detail photograph of the monument in my post the following day. It's my favourite of the many photographs I've taken of the Memorial. 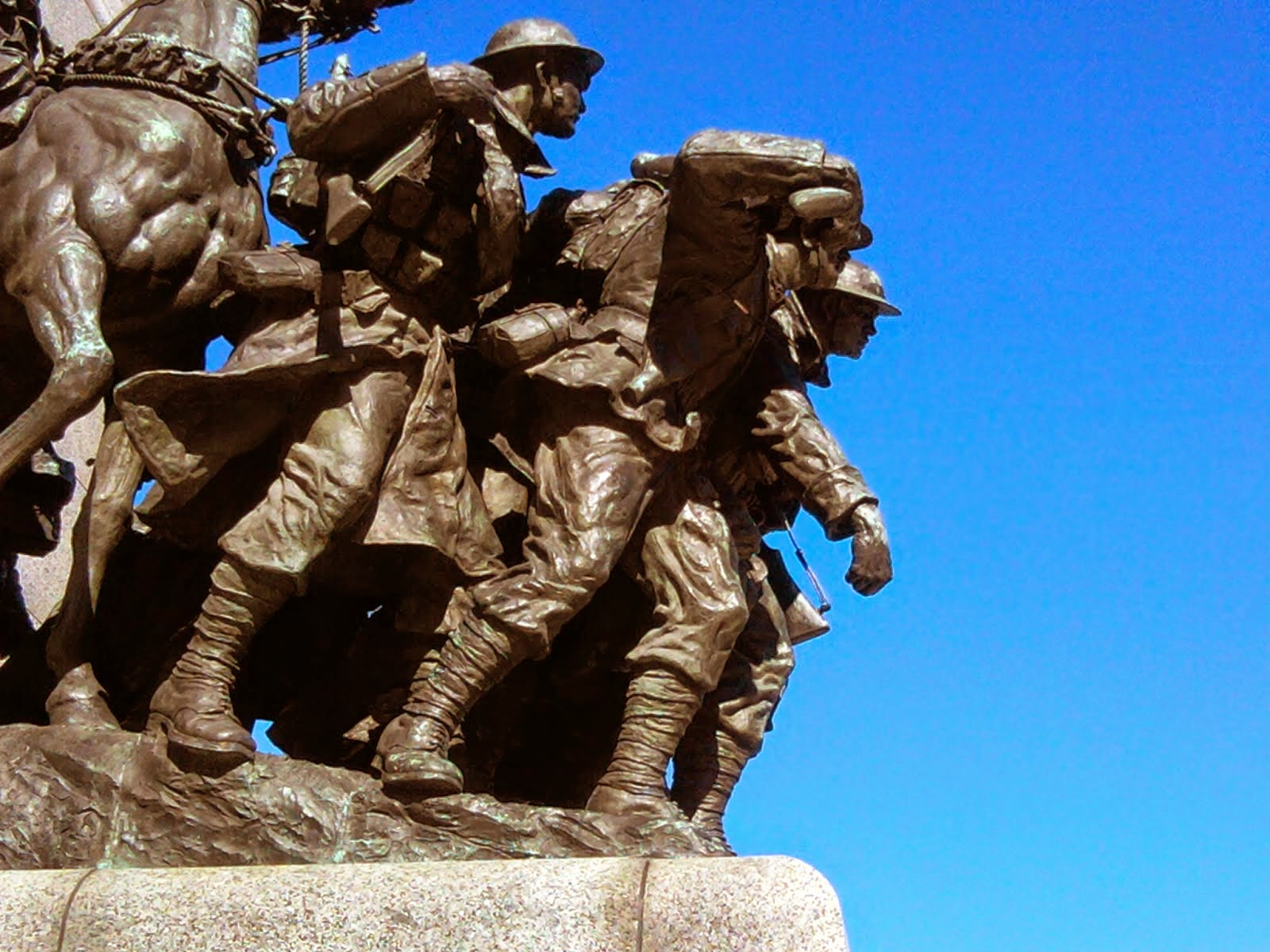 I close out with this look at Alex Janvier's Morning Star, which is perched high above the Museum of History, aka the Museum of Civilization, over in Gatineau. It's an amazingly vibrant, bright work of art that always takes my breath away. Tomorrow I'll be presenting a variation of this theme for pics from 2014. 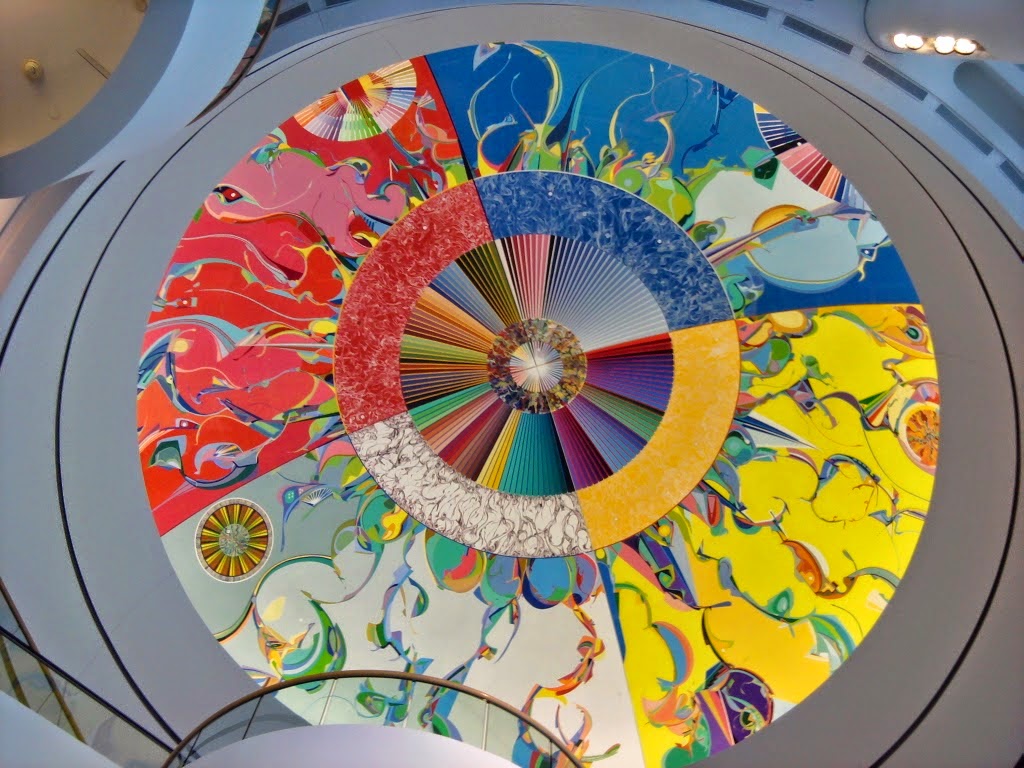