A Mixture Of Eclectic Bridges

Starting today, I took another shot back towards the University of Ottawa. One of the plows that keeps the skating surface clear was passing by. 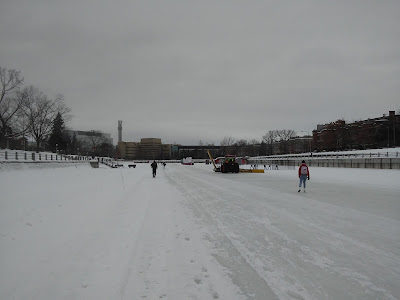 Moving on, I headed for the next bridge. The 417 crosses through the city from east to west. On its far side the neighbourhoods change on both sides. And there's another bridge that is parallel to it and closer down to the skating surface. 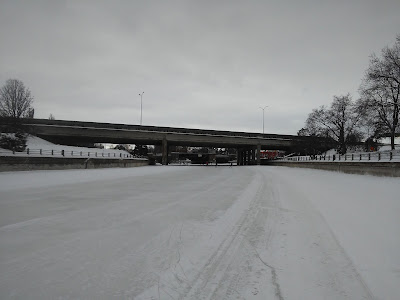 One more look back for good measure. 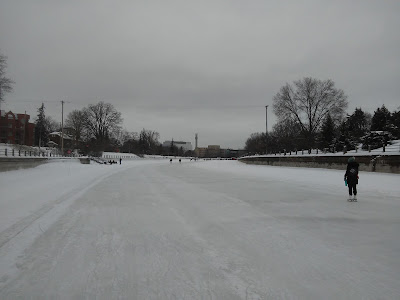 This is the parallel bridge, the Pretoria Bridge, so named in honour of victory in the South African War.  It is a table lift bridge, with the middle span able to be raised to allow the passage of larger boats beneath. 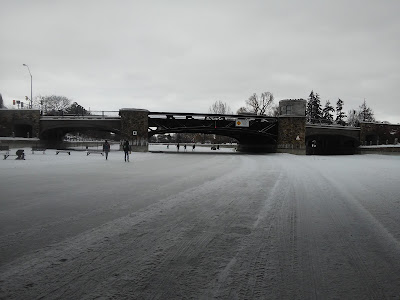 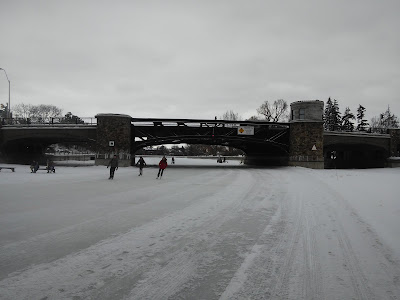 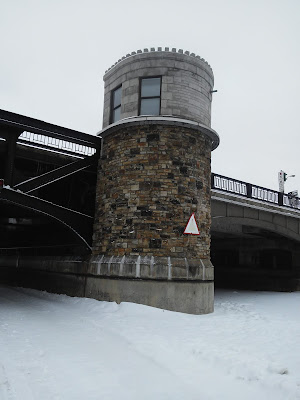 Here we look at it from the south side. Now on our left is the Glebe neighbourhood, while on our right is Old Ottawa East. 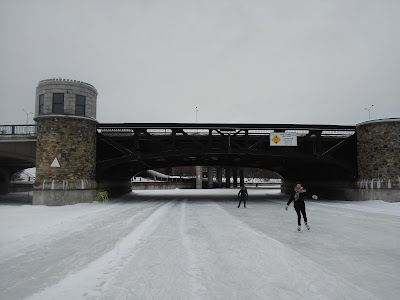 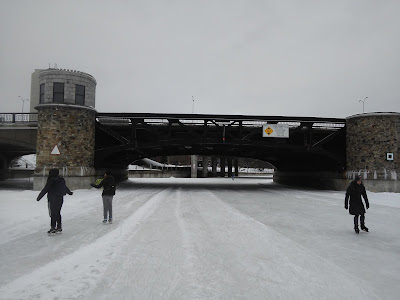 I photographed the way I was heading. 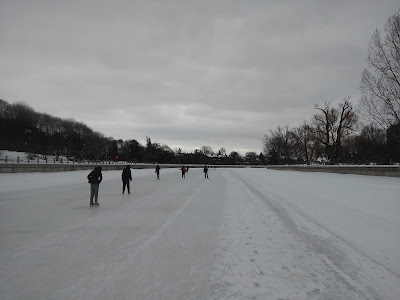 And then back at the bridge. 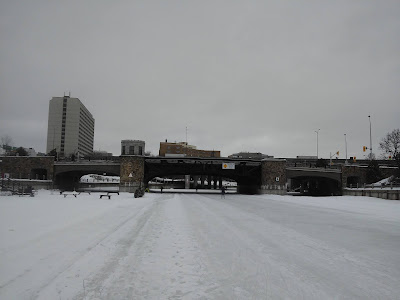 I paused here. Patterson Creek is an inlet area that feeds into the Rideau Canal from the Glebe, and part of the skateway is in there. Queen Elizabeth Drive crosses it over this graceful stone bridge. We'll go in there tomorrow. 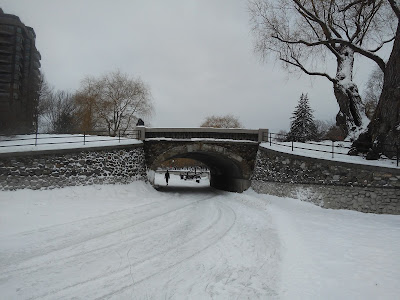