Winter Views Within A Capital City

A couple of days ago I left off in Major's Hill Park. Today I start a short walk away from there. Once a month I come out to a platform where the Alexandra Bridge crosses the Ottawa River. I photograph the view looking towards Parliament Hill at right, and the Chateau Laurier at left. The Rideau Canal descends between them, with the Bytown Museum alongside it. I took one shot for a post I'll have later in the year of this location, and decided to use this shot for today. 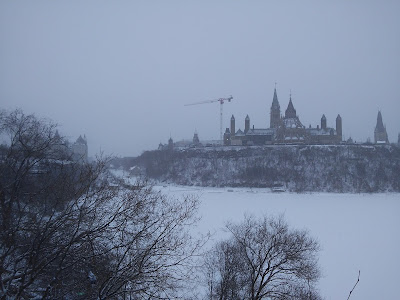 Heading away from there I paused on the Mackenzie King Bridge looking south over the Canal. Skaters were on the ice. 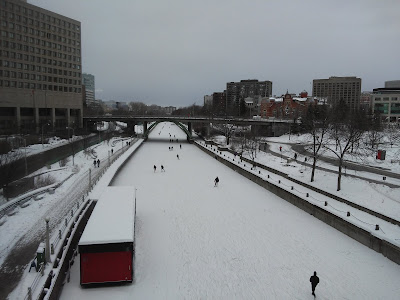 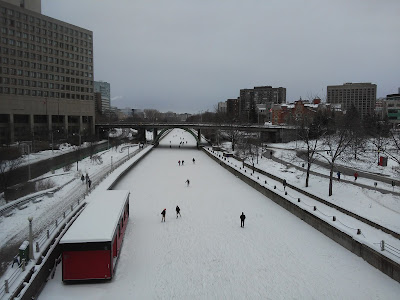 I mentioned a couple of days ago about a channel of the Ottawa River that starts out artificial and straight before rejoining the main body of the river at Richmond Landing. This is that channel, after it has emerged from a nearby water pumping station. In warmer weather this area is used for white water rafting. This was taken a couple of days after the above shots. 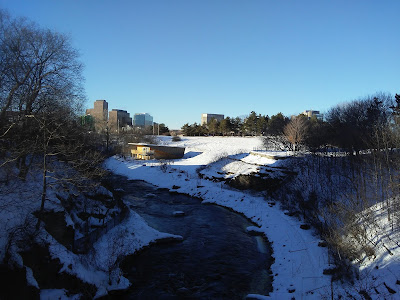 This is close to home-  two views out my apartment windows. The neighbouring house has a problem with ice, building up gradually and extending the full height of the building. The ice buildup had already collapsed into the laneway below once before I took these shots in early February. 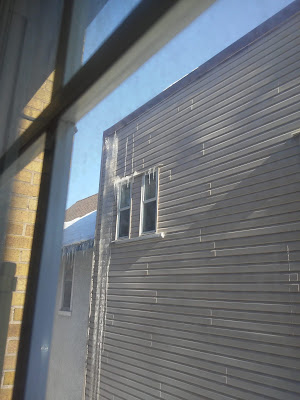 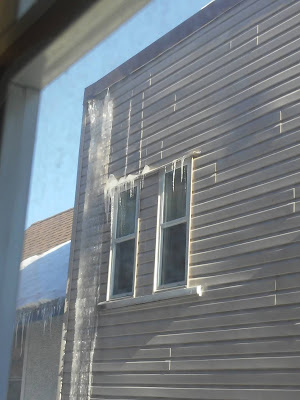 And finally, a return to the Canal on another day. This looks south from the Mackenzie King Bridge at skaters on the Canal. 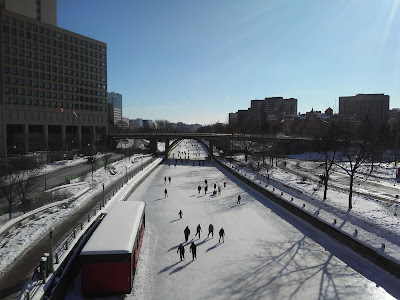 Here's the view looking north. The skateway begins near the base of the bridge over there, Plaza Bridge. It's fitting to end here. Tomorrow I'll start showing you a series of photos taken on another day as I walked from there to the far end of the skateway. 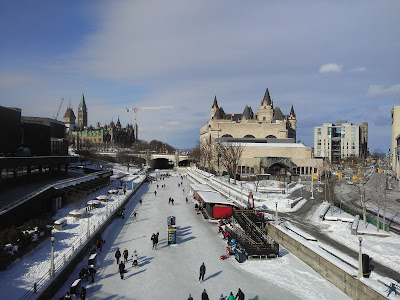