A Ramble Through Town

Today I have some odds and ends shots taken at various points in February and into early March. I start with the Chinatown arch, which is close to home, as I live on the eastern edges of the neighbourhood and see this each day. 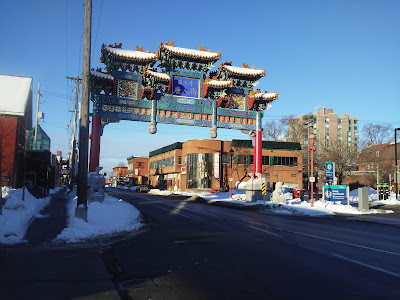 Little Italy is nearby, and one day I noticed this detail in a store window. The day of the dead motif drew my eye. 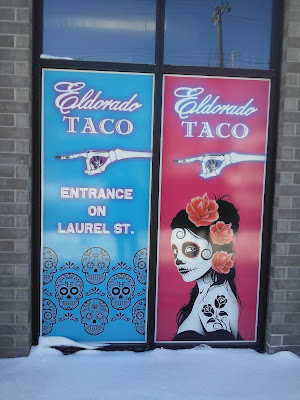 Earlier in the month during my series of posts walking along the Rideau Canal, I mentioned that there's a light sculpture at Lansdowne Park. Here it is on two different nights, lit up. People can be seen in the second shot, giving a sense of scale to the whole thing. 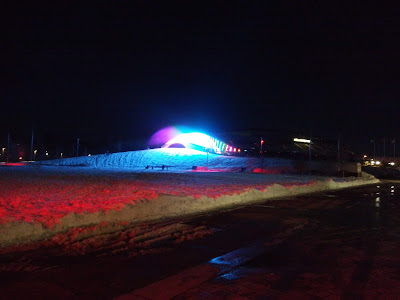 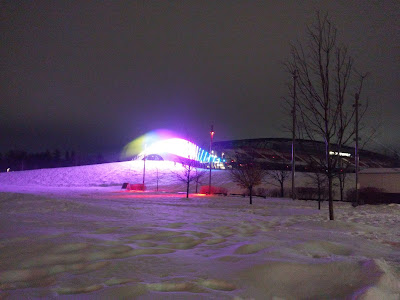 Outside the entrances to the main post office on Sparks Street, each entrance is flanked by lions. Such as this pair. 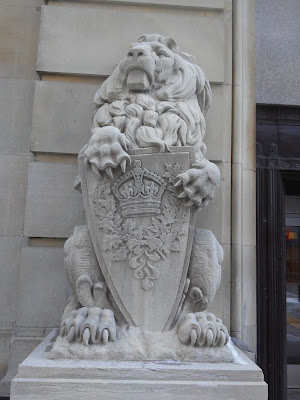 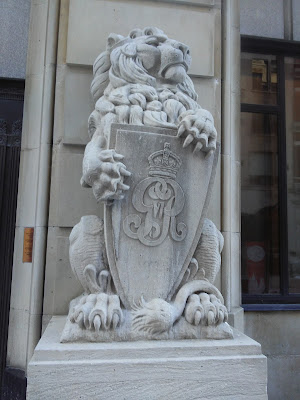 Here we have a view from Plaza Bridge looking over the Rideau Canal as it descends to meet the Ottawa River. Gatineau lies on the far shore of the river. Water flowing through the Ottawa Locks here is at a minimum, but stays open over the winter. 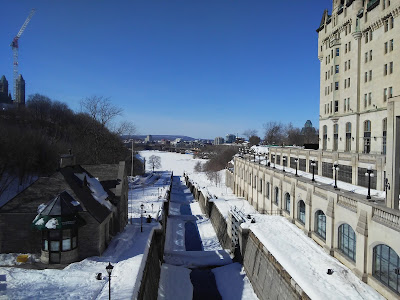 One day in early March I happened to go out to the Portage Bridge to take a shot of the downstream view for a post I'll have in a couple of days. I decided to keep going into Gatineau for a bit, as I haven't been over there yet this year. As the bridge crosses onto the shore, this parkland is off to the side. A snow fence protects a bed of tulips here, waiting on the spring. 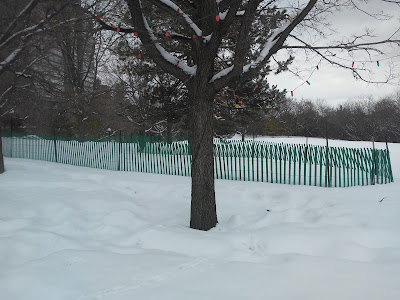 Across the road is part of the large complex Place du Portage, housing federal government offices, all interconnected by overpasses and bridges. It's a maze in there. 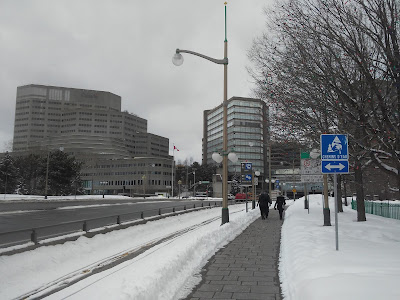 I went in regardless and photographed this colourful wall. 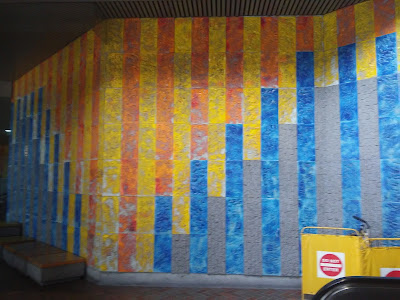 Most everything inside was closed. To be honest, I had no idea what the Quebec provincial status quo is in regards to Covid restrictions, so rather than go further into the city I decided I'd head back for the bridge and home. On my way I paused to photograph a model of the Portage complex. 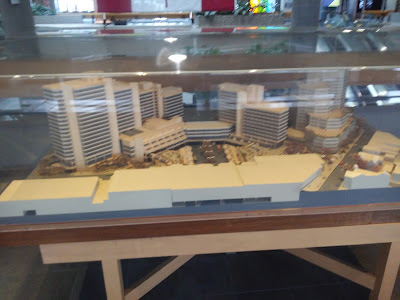 And departing from the complex, I paused to take this view on the street. The spires of Parliament Hill back across the river can be seen. 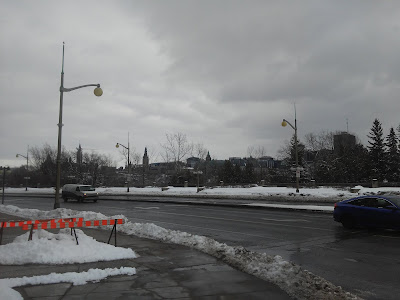 And on another early March day, a more bright one, I took this photograph of the National War Memorial. Crews keep paths- including wheelchair ramps- clear of snow to allow for access throughout the winter for the monument. From here, I was heading nearby to Major's Hill Park for a walk, and we'll have a look at that tomorrow. 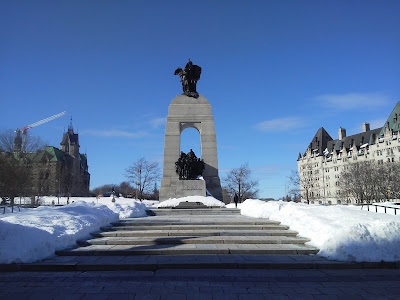