This view from the floor I was on looked out towards the Daly Street entrance of the Ottawa Art Gallery. The contrast between the new architecture can be seen with a wall belonging to Arts Court on the other side of the glass. 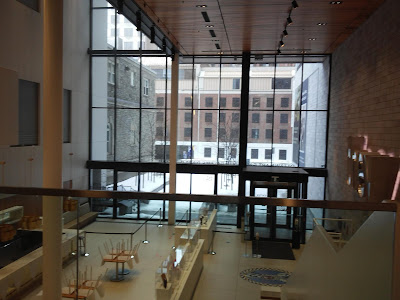 Heading down to depart, I paused to photograph this on the floor. 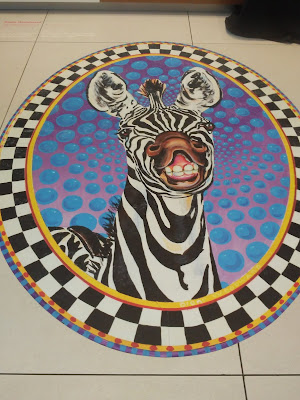 Outside, I wanted some exterior shots of the building as snow was falling. Compare this view to my first shot from inside as a before and after. 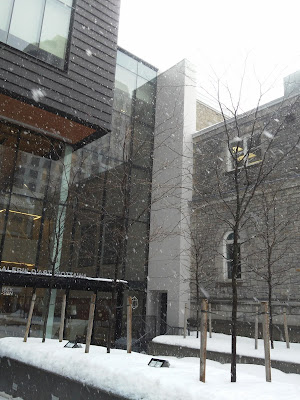 I moved a little along Daly to photograph this side of the adjoining Arts Court. Its roots as a 19th century courthouse still shows strongly. 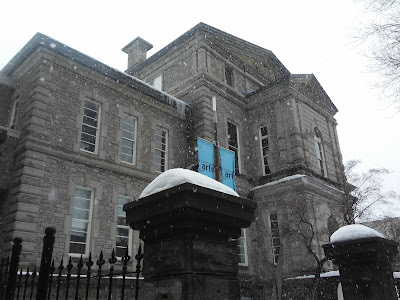 Another view towards the entrance. 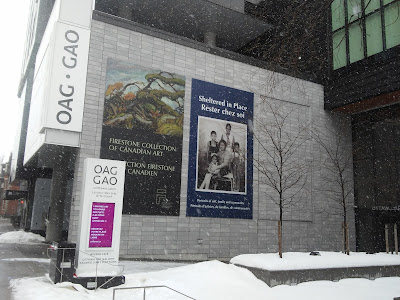 I came around to the Mackenzie King Bridge side of the Gallery to photograph this area. 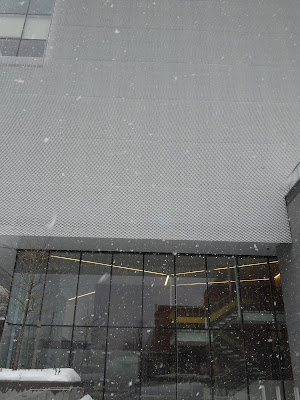 The very modern architecture of the new OAG contrasts with the former Carleton County Gaol, but not in a way that is glaring. 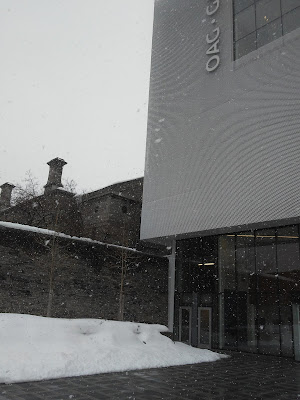 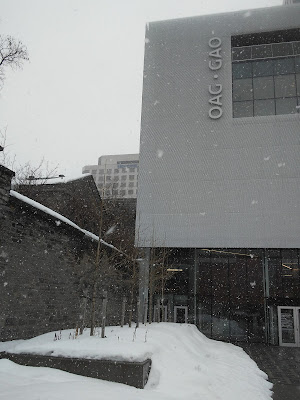 Two final views from the bridge: Arts Court, the Gaol (now a youth hostel with its own ghost stories- I've been inside and the place does have a creepy, foreboding feeling of oppression and that you're being watched) and the OAG. I hope you've enjoyed the look inside. 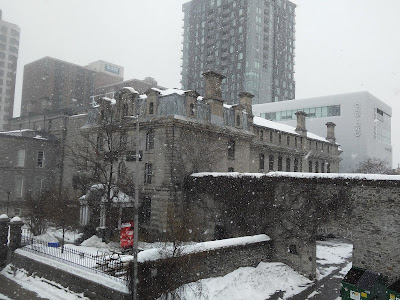 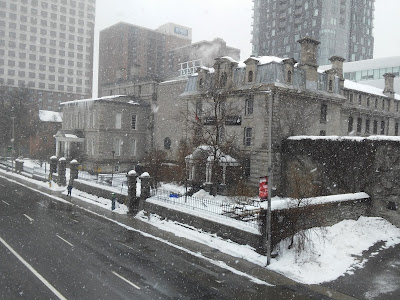