Late Winter Within The Park

On the same early March day as I left off in yesterday's post, I carried on into Major's Hill Park. This view looks back towards the Connaught Building and the Chateau Laurier from the path 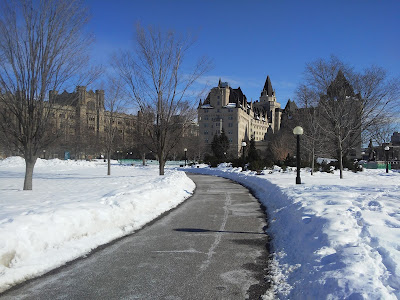 A look over to the east side of the park gives us a look at the American embassy. 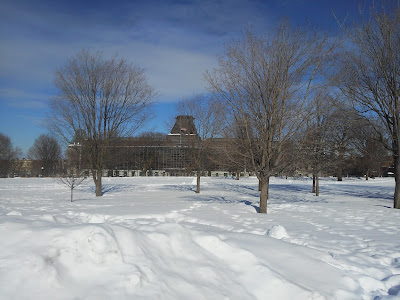 And a look over to the north shows the National Gallery of Canada and Notre Dame. 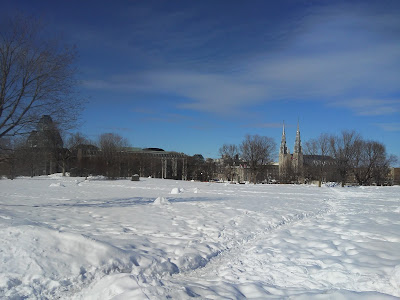 Back again where I'd been. 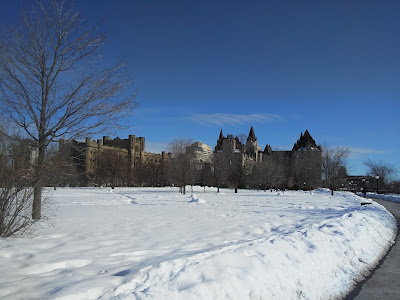 And then to the west for a view of Parliament Hill as it looms over the Ottawa River. 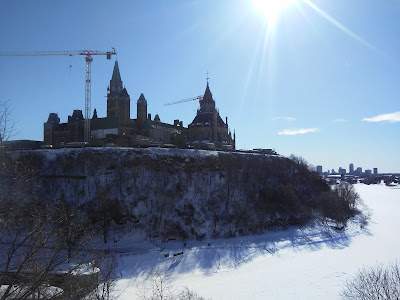 This view looks at the Rideau Canal and the Ottawa Locks as it ascends from the river, in between Major's Hill and Parliament Hill. 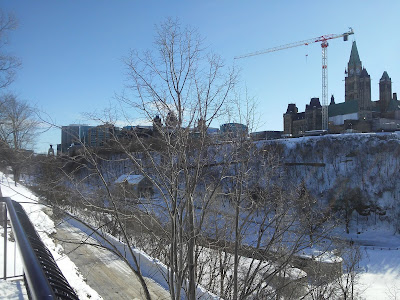 While this view looks towards the river itself and Gatineau on the far shore. There's open water out there, and a bridge: the Portage Bridge. We'll be over there tomorrow for a look downstream at this area through the seasons in tomorrow's post. 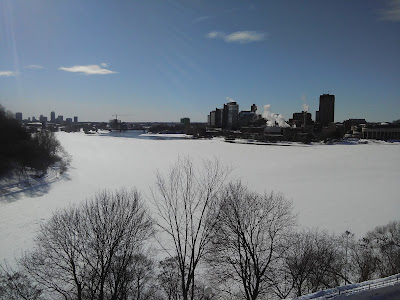 Looking north gives us a glimpse of the Alexandra Bridge as it crosses the river. Off in the distance are the Gatineau Hills. 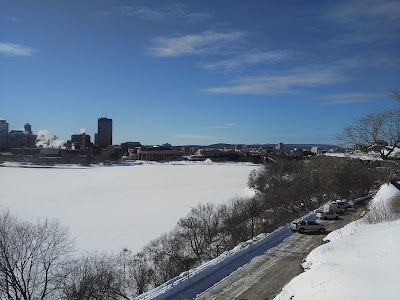 Coming towards the north end of the park, I took this shot of the Gallery. 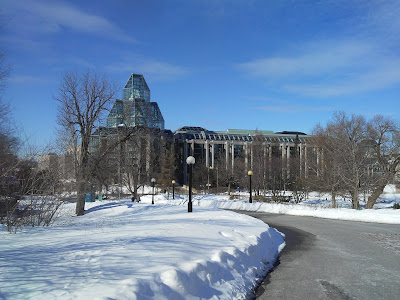 And this shot of Notre Dame. 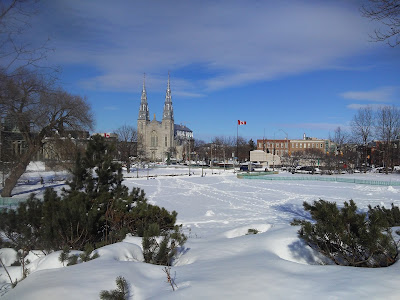 I headed for the Alexandra Bridge, where once a month I photograph the view from an outlook towards Parliament Hill for a post later on in the year. I paused to look at the ice down below, and decided to take a shot of it, with the patterns of snow drifts on its surface. As comfortable as I am walking on the Canal ice, I would never, ever walk on river ice. Particularly this one- the Ottawa River can be lethal. The bridge spans to a height of 95 feet up from the river, but I assume that includes the height of its arches. We're probably seventy or so feet up at the surface of the bridge. 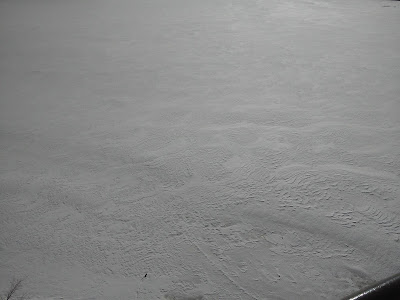 A look upstream to the west. The Ottawa River is a big river, with a large watershed that ends in the St. Lawrence at Montreal. 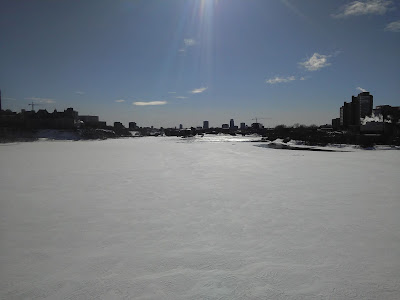 And I finish with this view on the grounds of the National Gallery, towards Notre Dame. The sculpture at right is Maman, by Louise Bourgeois. She liked using spiders as a dominant theme in her work, and this one is a welcome sight. Unless one's an arachnophobe. 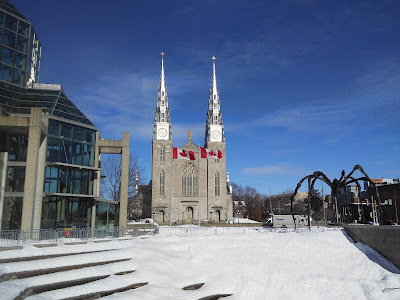