River Views Through The Seasons

A couple of times each month I come out to the Portage Bridge for an ongoing series, photographing the view of the Ottawa River downstream from here as the bridge crosses from Gatineau at left to Ottawa on the right. Landmarks visible in these shots include the Alexandra Bridge, National Gallery of Canada, Parliament Hill, and the Supreme Court. Where I stand on the bridge is right about where the provincial border is.
This first view was taken in the first half of October, with fall colours showing around some of the landmarks. 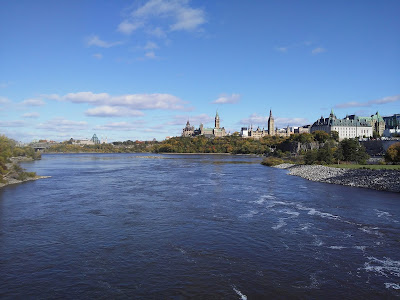 And here it was later in October. 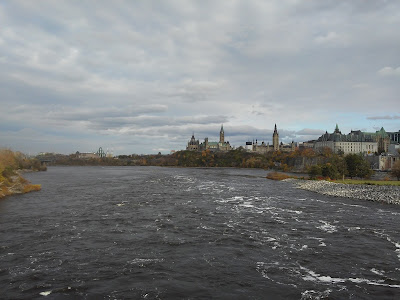 In early November, skies were different. 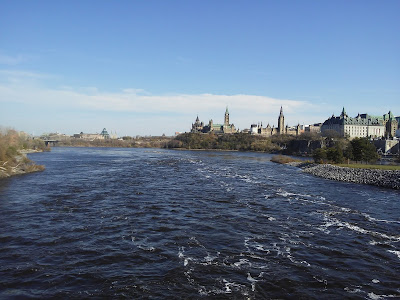 Late in November, I returned on a snowy day. 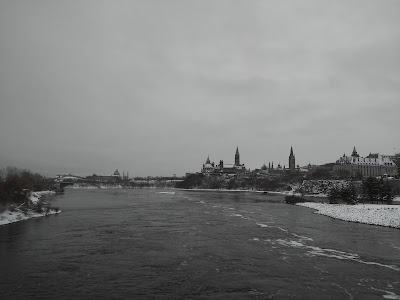 This shot was taken in the middle of December, late in the day. 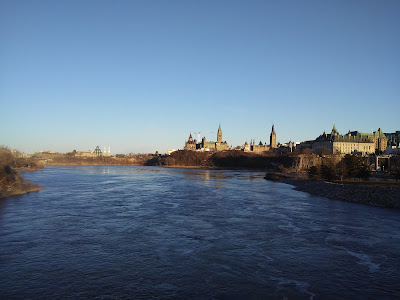 While this shot was taken around mid-day on New Year's Eve. 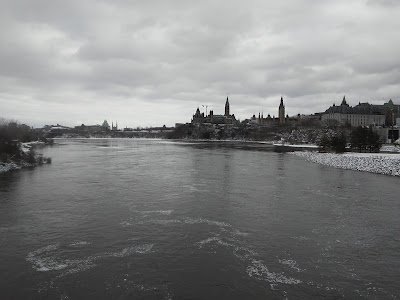 Snow was falling on a day in mid January when I returned. Ice was starting to build downstream, but because of the force of the current coming from the Chaudiere Falls upstream from here, this area does not freeze over. 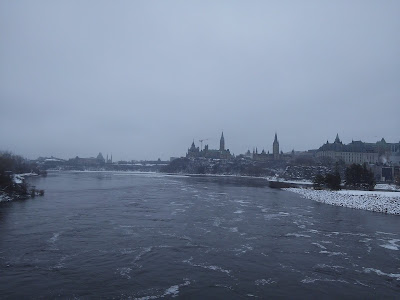 In late January, we had a day with partial clearing and a different mood. 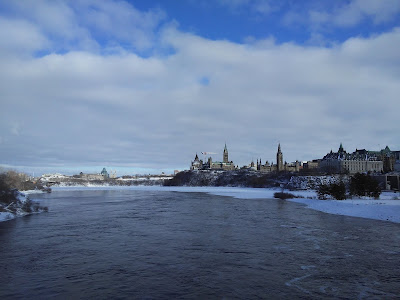 All was clear on an early February day. 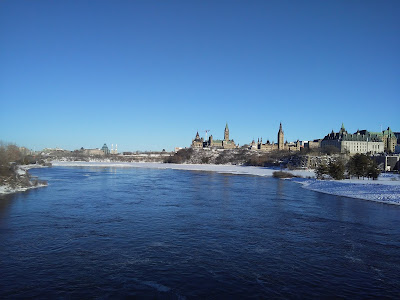 And similar conditions were underway on a mid-February day. 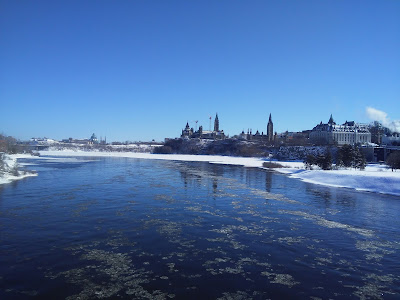 By the beginning of this month, things were more brooding. 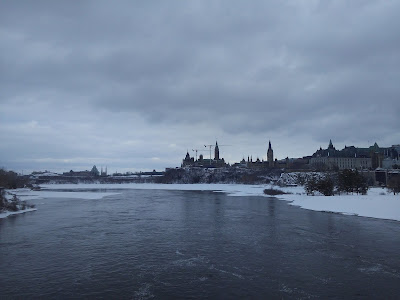 And lastly, this shot taken on St. Patrick's Day in the afternoon. The ice was breaking up. 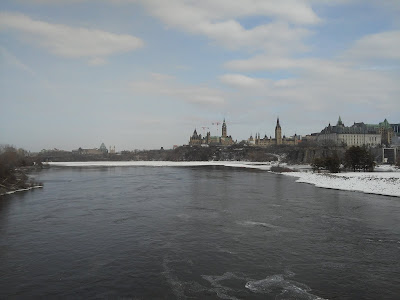