The first day of each month is a theme day for members of City Daily Photo. For November that theme is Great Big Mess. Have a look at other takes on this theme right here.
I have two subjects for the theme. Let's get the unpleasant one out of the way. Somerset House was once a distinctive building at the corner of Bank and Somerset downtown. Several years ago while work was going on there was a partial collapse inside thanks in part to the incompetence of one of the workers. In the years since, the building has become an eye sore, with the owner going on and on through periods of silence and half hearted excuses. At this point it's beyond saving, and the city should just seize it and have it torn down, with the bill handed to the lousy excuse of an owner, who from time to time has broken windows boarded up and puts up posters promising "a new development" that will never happen. The latest one can be seen in the second shot. 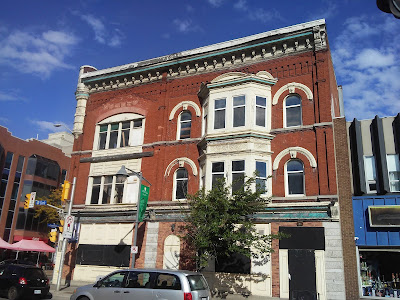 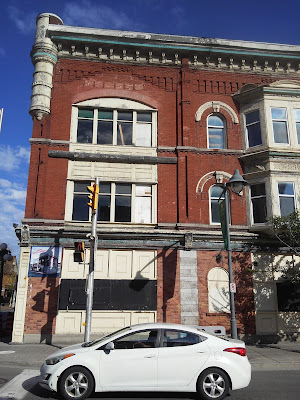 This is a view from the side. 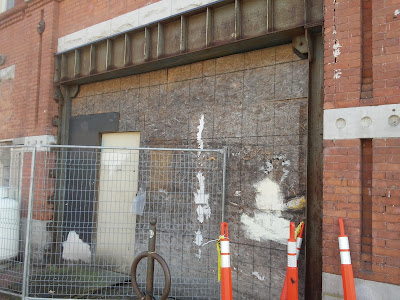 Here's the back. Half of the building is now gone.
I've said it many times: this owner is an incompetent bloody moron, and enough is enough. Every citizen in this city should have the right to punch the bastard right in the face.
On the off chance that he should ever read this, I have just a few words for you.
You're an asshole.
Drop dead. 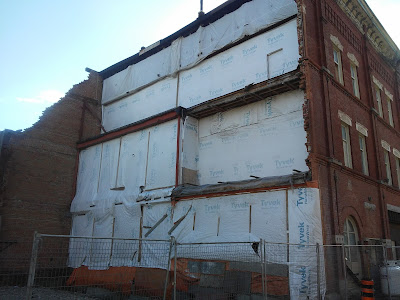 Now the more pleasant version of a mess, and getting back into my current autumn series. These four shots are taken on two days in Dundonald Park, a few blocks west of Somerset House. Fallen leaves litter the grass at this time of year. 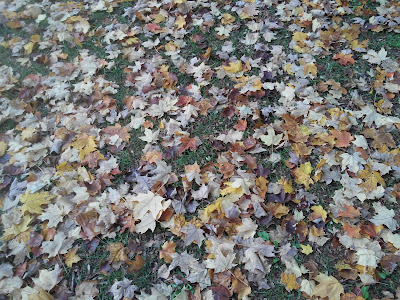 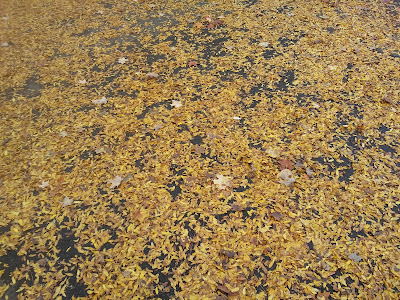 These were taken the following day in the park. Imagine a thousand piece jigsaw puzzle made up of any of these four. 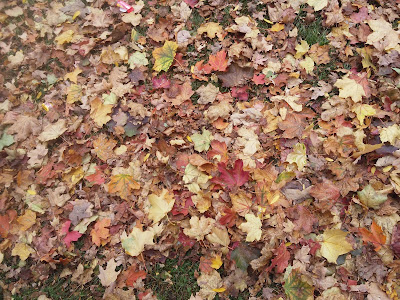 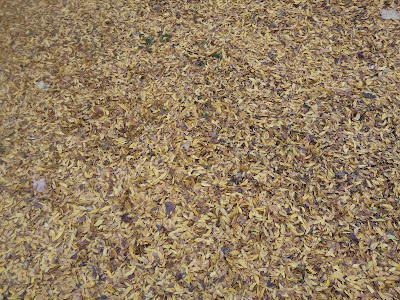 On another day I was walking in the Arboretum, part of the Experimental Farm that overlooks Dow's Lake. A black squirrel caught my eye rummaging around in the fallen leaves. The cute but devious critter is beyond the tree at center. 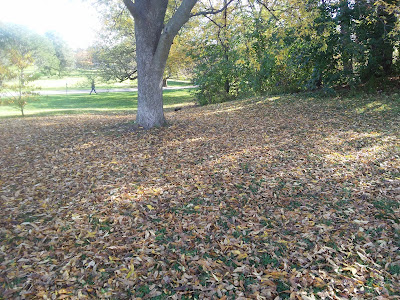 A few minutes later I took a shot of more fallen leaves elsewhere in the Arboretum. 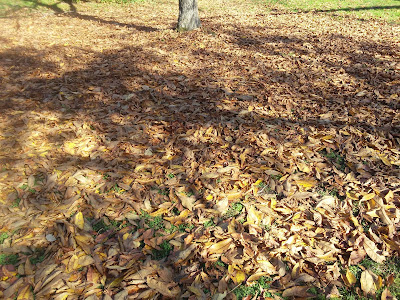