Gordon Fennell was one of the lucky ones, surviving the war after serving throughout. 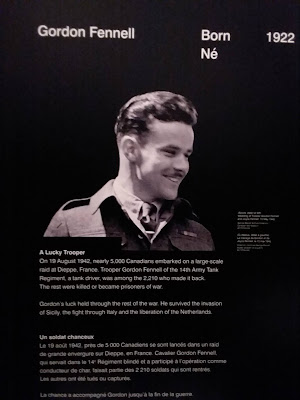 His luck extended to a particular pair of dress shoes, displayed here in the exhibit, and kept for years after the war. They were kept in his tank where they probably saved his life. 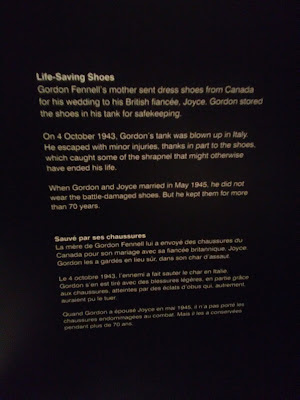 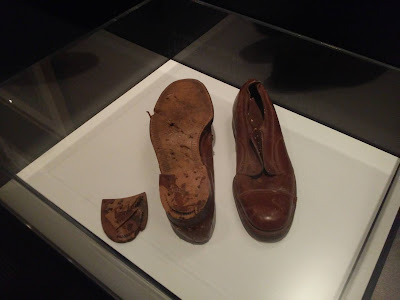 Officers were, by and large, sharing the risks with the men they commanded in each branch of the services. Such was the case with John Mahony, who would be decorated by a king and end up a lieutenant-colonel. 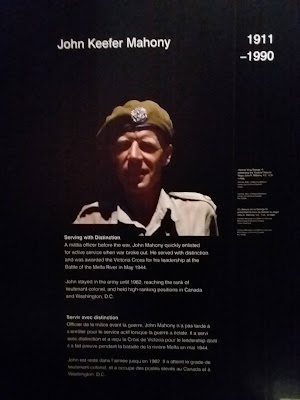 This is his medal set. 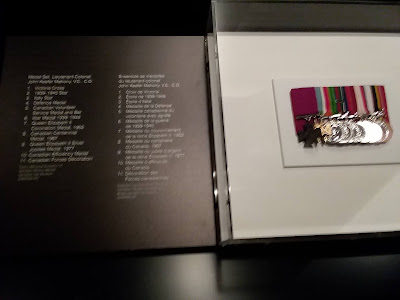 Among those medals, the Victoria Cross, for his actions over five hours on May 24, 1944. 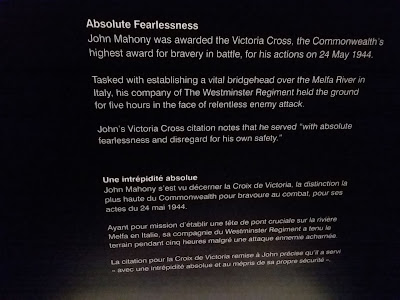 And here's him getting it, from King George VI. 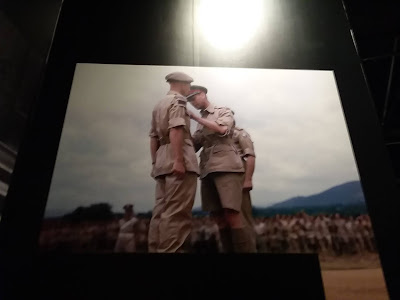 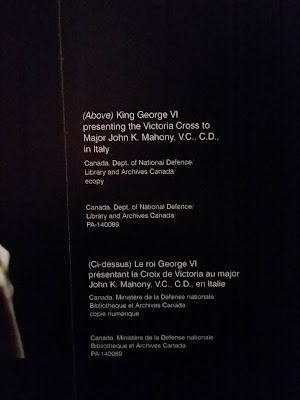 As was the case elsewhere, generations of Canadians served. Fathers who had served in the First World War saw sons do the same in the Second World War. 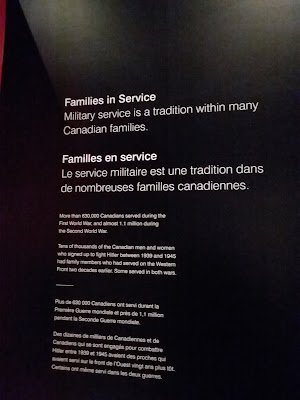 Included below are the medal sets of father and son: Harry Campbell, who served in the South African and First World Wars and died in the second of those conflicts, and those of his son Alex Campbell, mentioned yesterday, who was driven by the death of his father. 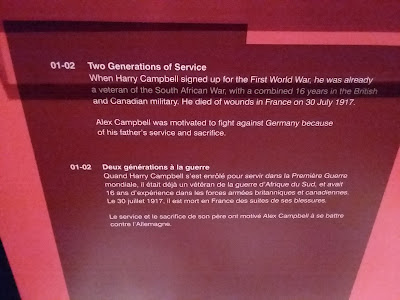 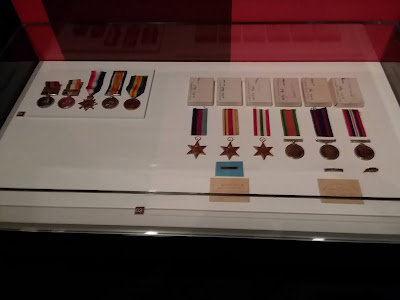 Letters by Alex to his mother are included here. 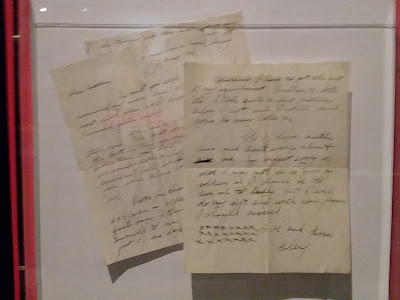 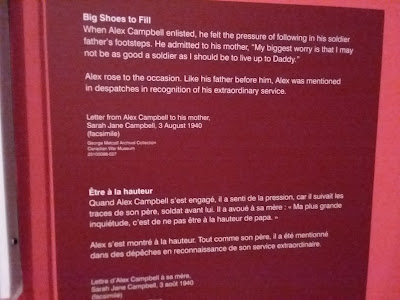