Different Journeys In Times Of War

Doug Sam had an eventful war. He was a pilot officer on Halifax bombers whose plane went down on a mission. With the help of the French Resistance he evaded capture and returned to active service. 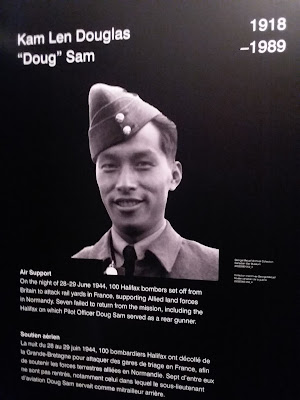 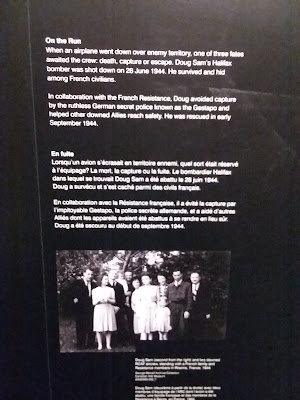 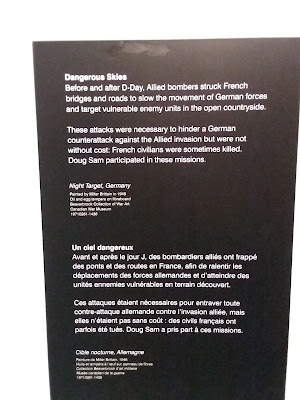 Night Target, Germany is the title of this painting by Miller Brittain. 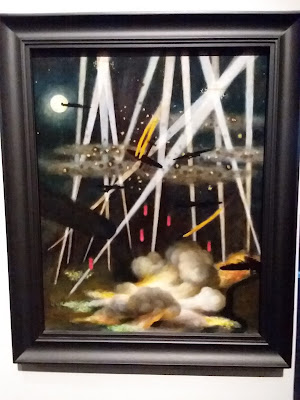 I mentioned Hugh McCaughey, whose task was to film combat footage, carried out through the war. 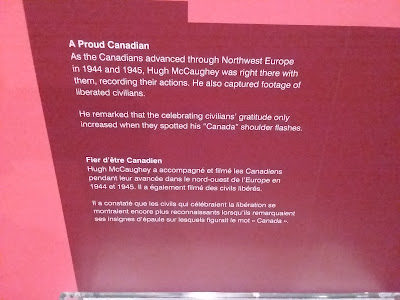 These are his letters. 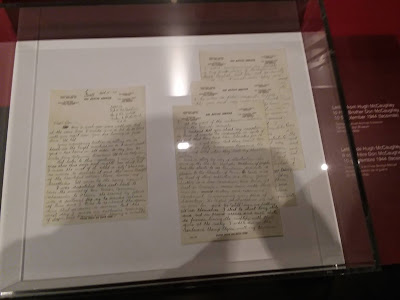 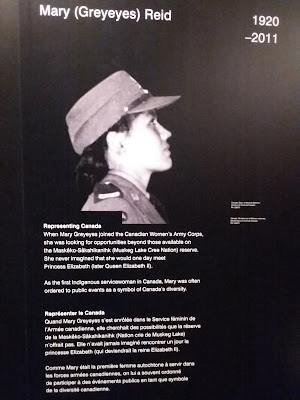 A famous photograph of her didn't quite tell the whole story. 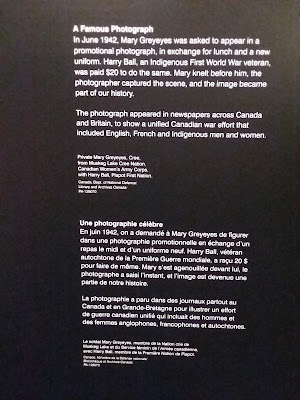 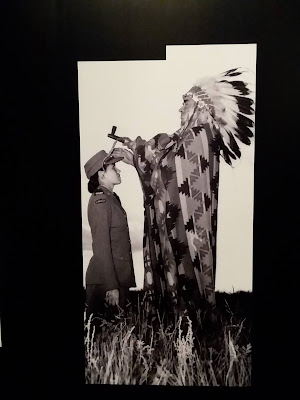 Marcel Ouimet was a well known reporter, especially in French speaking Canada, who went everywhere with the Canadian army, even picking up souvenirs along the way. I neglected to photograph the pistols. 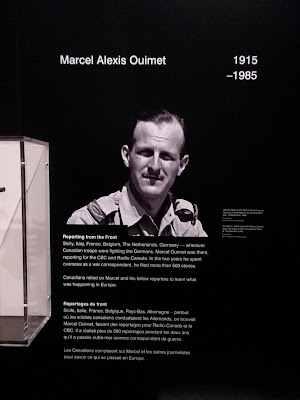 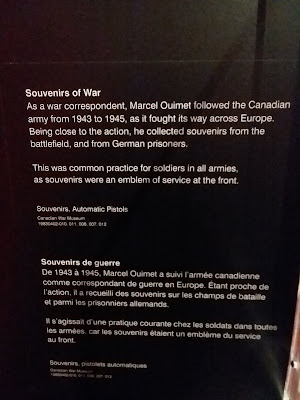 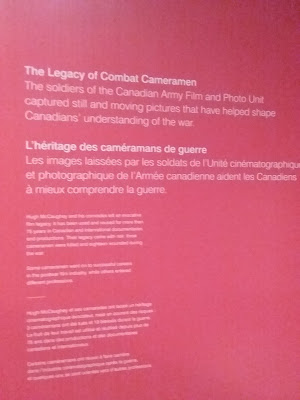