Witnesses To The Passages Of History

Winnie Burwash went to Britain to serve as a nurse, and after VE Day would travel into Europe to work in the same capacity. 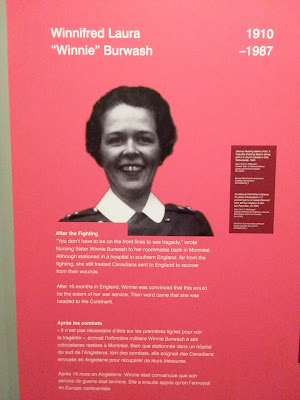 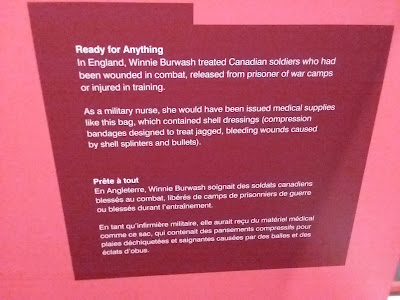 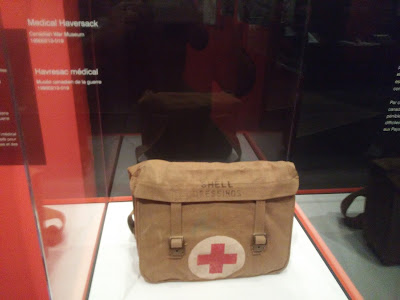 Alongside their allies, Canadian forces continued to fight through to the end of the war in Europe. 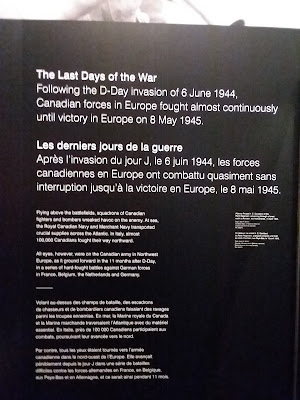 One of those stories that happened all over in Allied forces: citizen soldiers excelling in times of war. James Roberts started as a junior officer and ended the war as a brigadier, decorated but crediting those he commanded for it. He would take part in negotiating surrender of enemy forces, and after the war would take part in war crimes prosecutions. 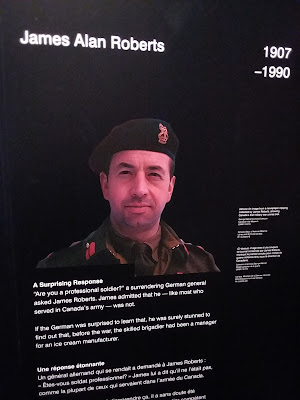 This is his service jacket and cap, and medal set. 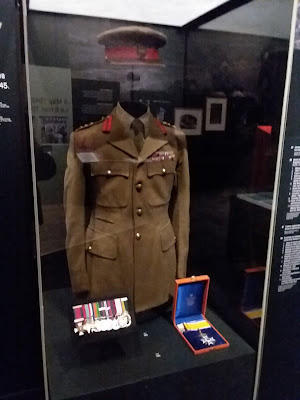 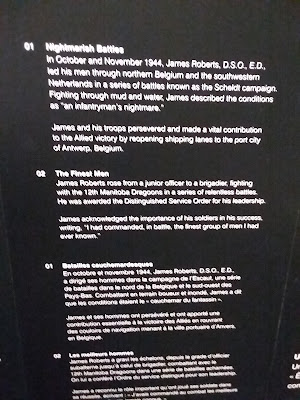 A Nazi garrison flag was given to Roberts after the surrender as a trophy of war. Below are court documents in the war crimes prosecution of Kurt Meyer, a particularly ruthless SS commander brought to trial. Roberts was part of the group of officers to hear the case. 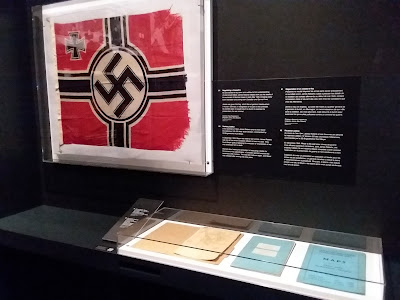 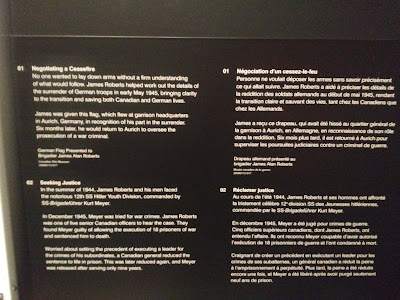 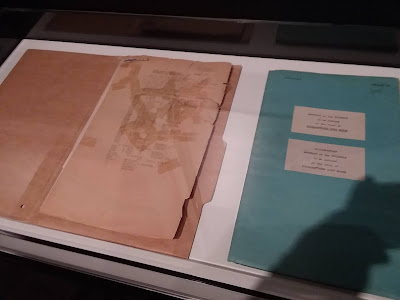 Several photographs of V-E Day in various spots are part of the exhibit. This one says it all, the faces of civilians and soldiers alike. 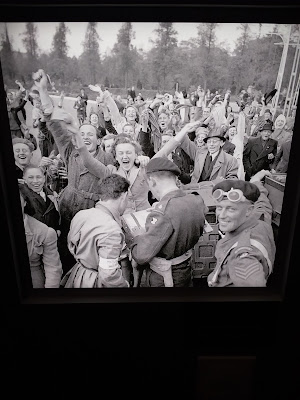 I finish today with a letter by Winnie Burwash to friends. What was ahead for her would be the darker legacy of the war: treating survivors of the camps. Tomorrow is the theme day, and we'll get back to this afterwards. 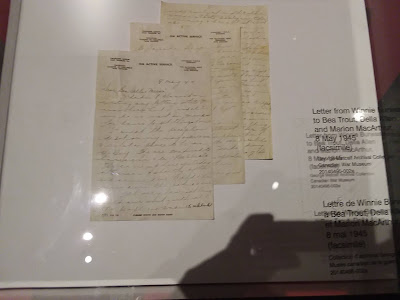 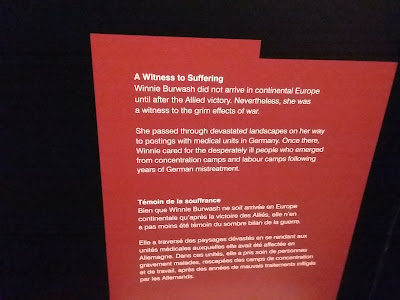