Conflict From A Time Immemorial

Doug Sam had dodged the Gestapo when his plane was shot down during the war, assisted by the French Resistance and returning to active service. He would stay in the military following the war, retiring as a lieutenant-colonel in 1967. He is the most decorated Chinese-Canadian serviceman in the country's history. 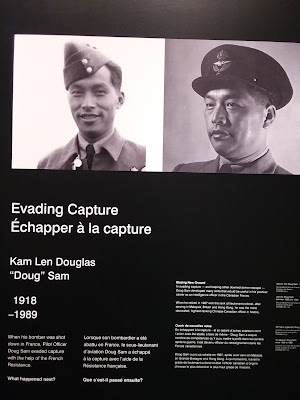 Elsie MacGill, the Queen of the Hurricanes as she was known for her engineering work on the plane that did so much to win the war in the air over Europe, remained an engineer in aviation throughout her life, and a forceful voice for feminism. 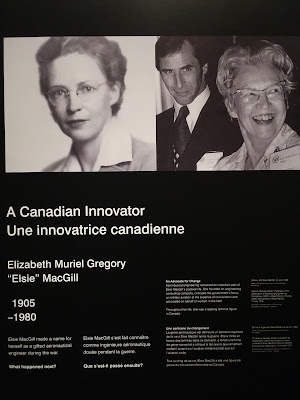 One last photo from outside the exhibit space. 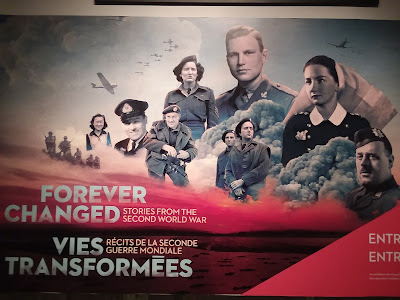 The walkway toward the permanent galleries is lined by photographs across Canadian military history. 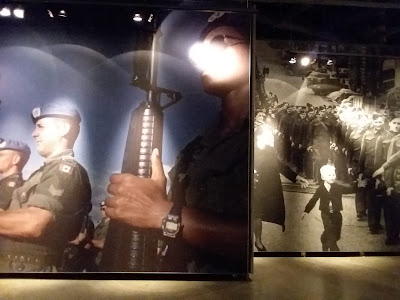 The hub is the area that introduces the visitor to the story of Canadian military history. That story is organized into several galleries chronologically. 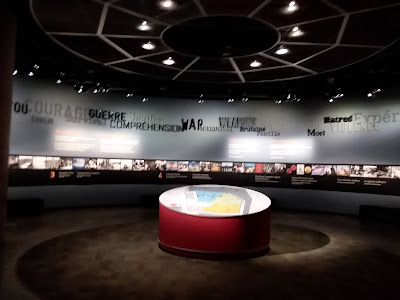 Warfare among First Nations tribes has existed for thousands of years. This first area starts to examine that. 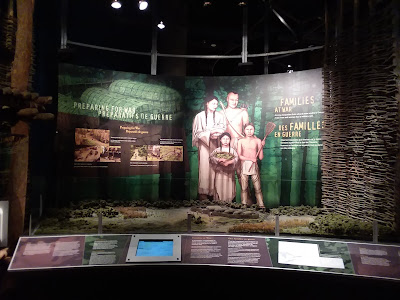 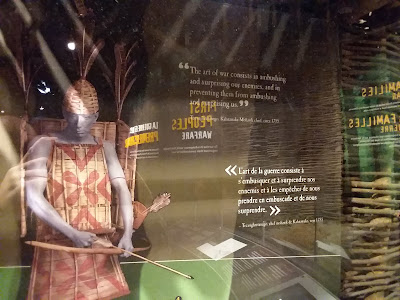 A reproduction of an Iroquois village is placed here. 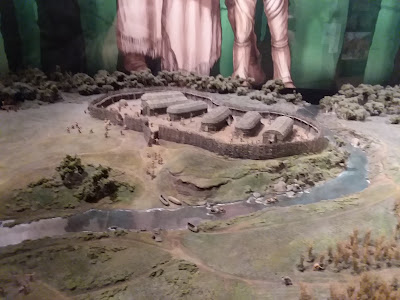 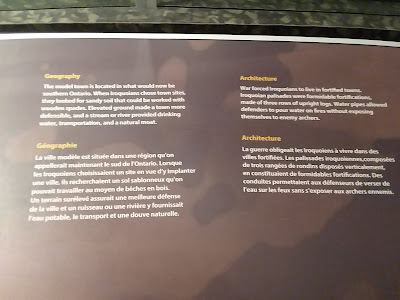 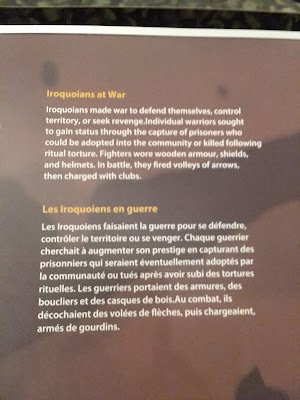 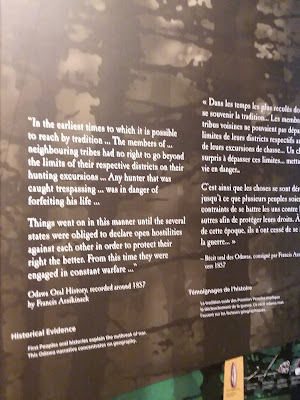 White men would start to make their presence known a thousand years ago, with the coming of the Vikings. Centuries later a more permanent presence would return, with the French and the English. 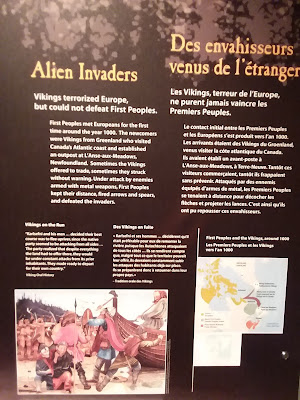 I leave off today with arrowheads and axe heads, some of the typical weapons of  First Nations peoples. 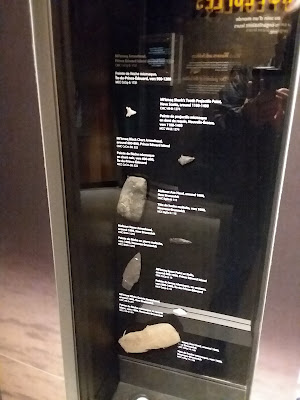