The first day of each month is a theme day for members of City Daily Photo, and for December that theme is The Future. See how others are interpreting this theme right here.

One day in the first half of November I headed out towards the Portage Bridge for my twice a month series of posts of the Ottawa River. Along the way I stopped at the future site of a building that will be home to the main branch of the Ottawa Public Library and also house facilities for Library And Archives Canada, which has its main headquarters near here. Signage is posted giving a hint of what's to come. 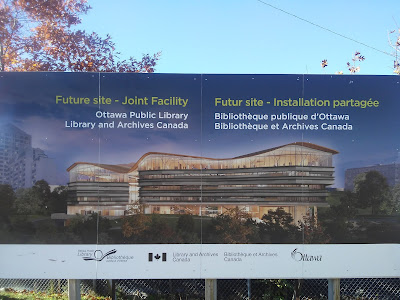 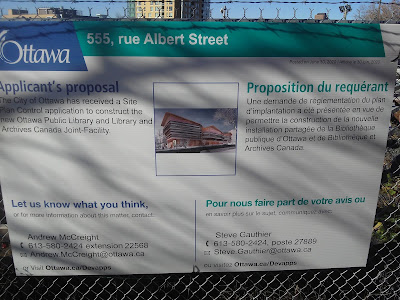 The dimensions of the project have been laid out with this area dug out, but the real work won't start until next year. It's tentatively scheduled to open in 2025. 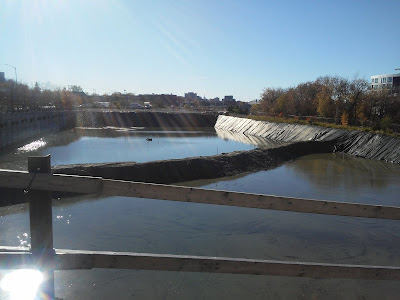 On my way back from the Portage Bridge and on my way downtown, I passed by another work in progress. The Memorial To The Victims Of Communism should presumably be finished next year; the foundations appear set and I assume that the structure itself is being built off site. The gate for the site was open and I took a quick shot. 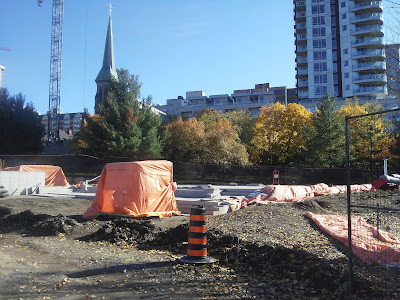 Another as I passed by. This project has had a rather tumultuous history. 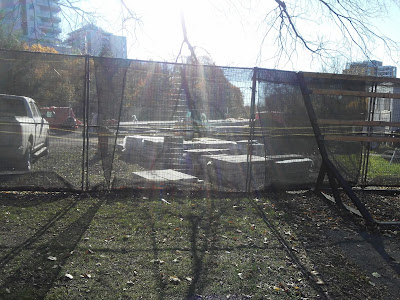 This is the West Memorial Building, one of many government buildings along Wellington Street, currently under wraps. This building will be housing the Supreme Court for awhile when the Court's headquarters undergoes rehabilitation measures; work is going on inside to get the building ready for that. 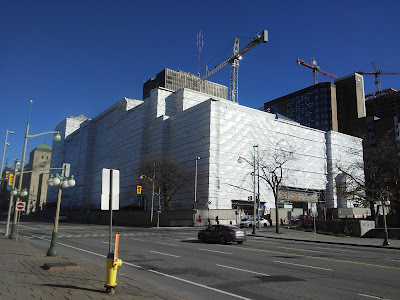 I headed behind the Court where there is an overlook of the Ottawa River. It was a sunny day but a cold one, a foreteller of a cold winter to come. 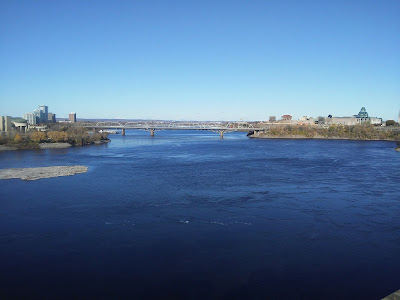 A look over towards Parliament Hill from here takes in the work going on around Centre Block, rehabilitation work that will still take several more years before it's all done. 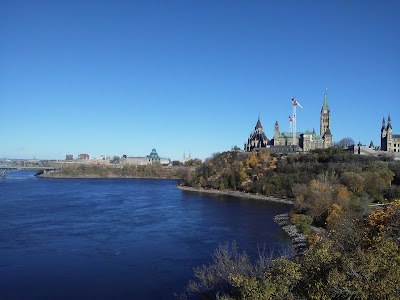 The big cranes have become a familiar part of the Hill. 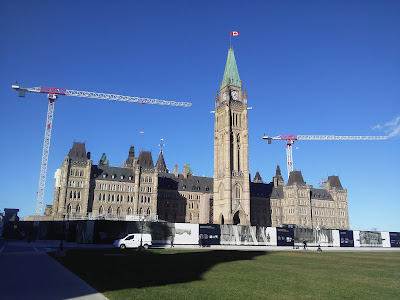 A bit odd in a post about the future to feature monuments of the past, perhaps. But many of the monuments on the Hill are presently cut off to public access because of the work, so at some point in the future they'll be accessible as these two are, having had been cut off for several years. This is Queen Victoria. 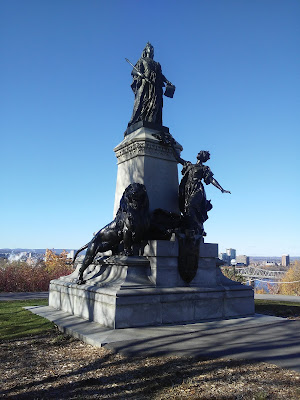 And this is Prime Minister Lester Pearson. This was my first time back up on the hill where these two stand since access was reopened. 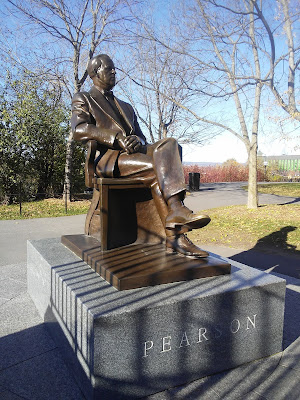 Techniques old and new are being used in the rehabilitation. There was deliberately left space inside Centre Block for carvers to add detailed works in after it was rebuilt, and that is part of the current process, and will no doubt continue in the years to come after Centre Block reopens. New technologies such as 3D imaging is part of the process of the work going on. One of the panels along the wall outside the work site looks at these. Others focus on the history of Parliament or the process of government. 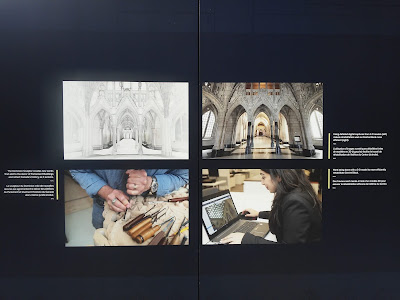 A final view of Centre Block. The work continues. 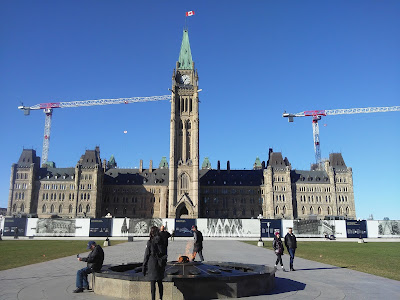 Late in the month I took in a women's hockey team at the arena at Lansdowne Park. The Canadian national team was playing the American national team. Perhaps foreshadowing the Olympics to come? 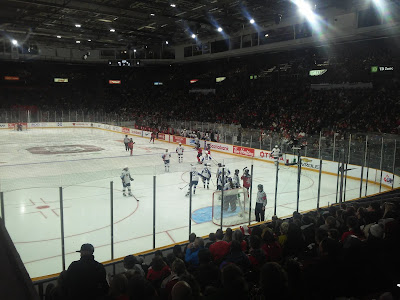 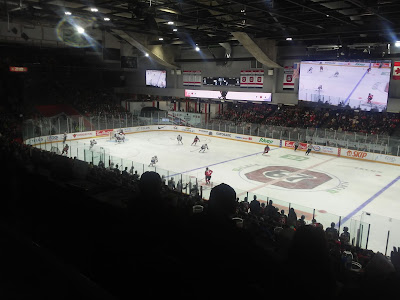