Service, Art, And The Capacity For Evil

Lotta Hitschmanova was an anti-Nazi journalist who fled Europe for Canada in 1942, becoming a citizen and spending the rest of her working life as a humanitarian, decorated for her work by many countries along the way. 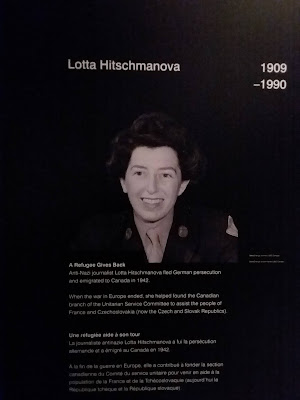 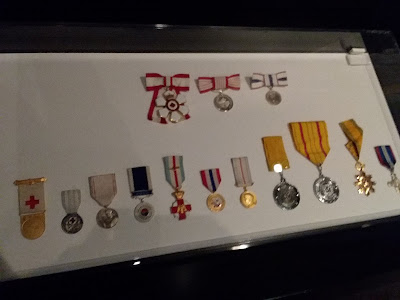 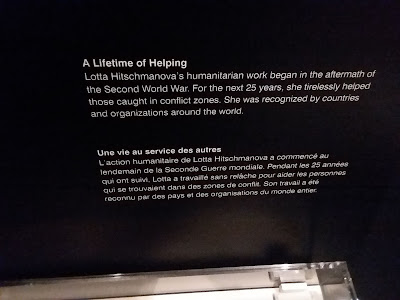 Flight Lieutenant Aba Bayefsky worked as a war artist and documented survivors at Bergen-Belsen. Some of his work was displayed, but I could not photograph it. His quote speaks to what he saw, and certainly rings true. 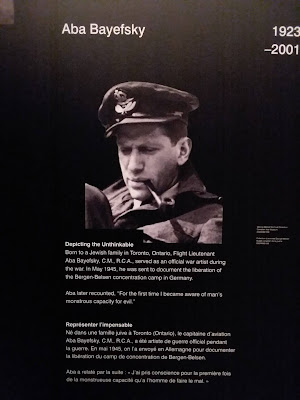 Another artist who served was Molly Lamb, serving in the Canadian Women's Army Corps. This is CWACs On Leave In Amsterdam. 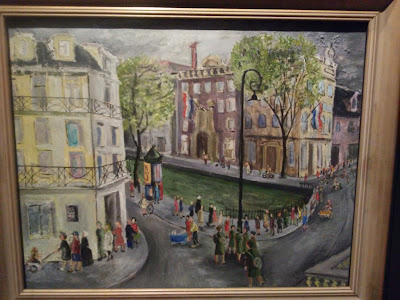 Here we have her painting Signal Corps Teletypists On Night Duty, Apeldoorn, painted in 1945. 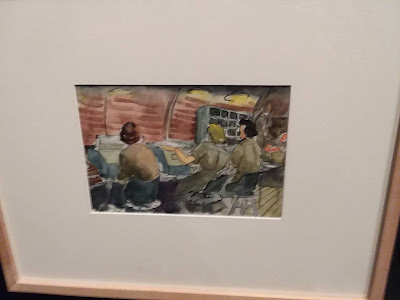 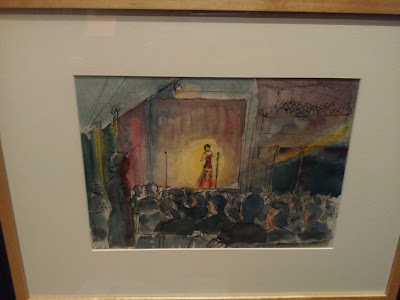 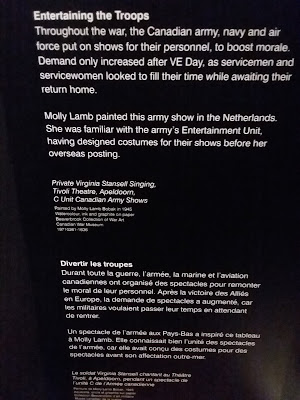 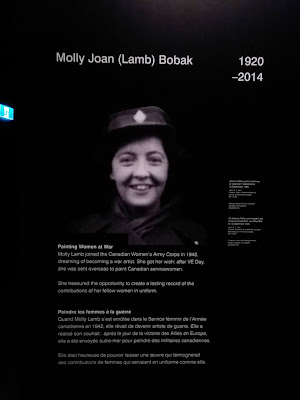 One more of her works. 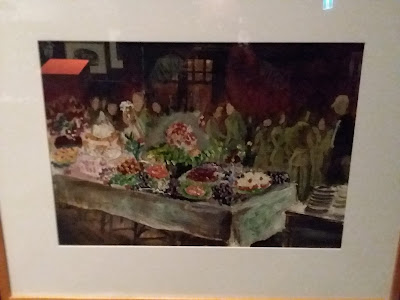 Another letter from nurse Winnie Burwash is displayed here. 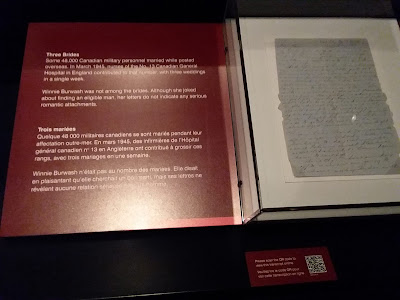 Going home: the dream of those who had served in the war in Europe. Some went home early after victory. Others were heading to the Pacific. Others would spend a year or more in occupation duty. 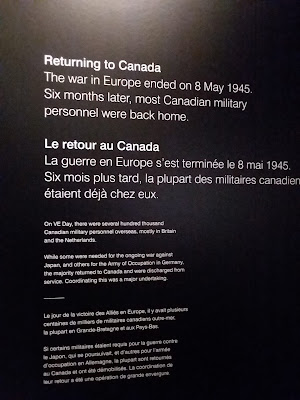 One of the lucky early ones wrote these letters home to his future wife. We'll look at him tomorrow. 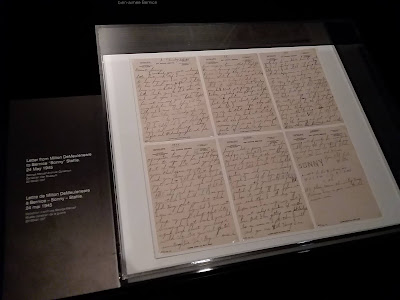