Following the end of the Second World War, the family of Will Kyle, whose flight disappeared somewhere over Burma on June 21st 1945, received a letter marking him as missing in action and presumed dead. 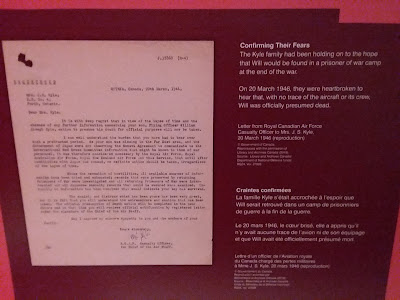 Decades later the mystery of that lost flight began to come to light when a hunter in what is now Myanmar found the wreckage of the plane deep in the jungle. Several years later that was brought forward to Canadian authorities. Some of the remnants recovered from the wreckage: a lens, what's left of a fork and cup, a fishing lure, and a mess tin. 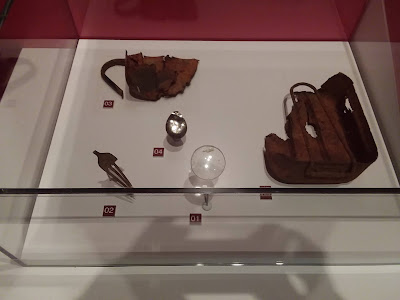 These are the other members of that flight. 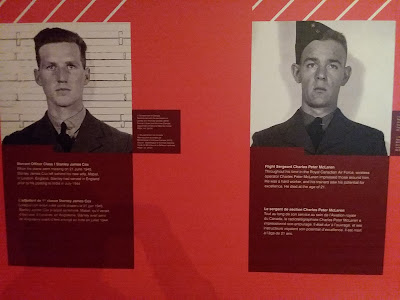 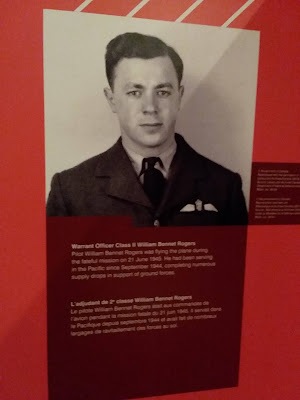 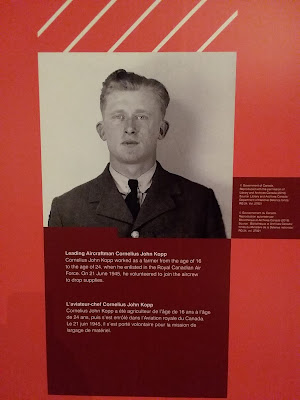 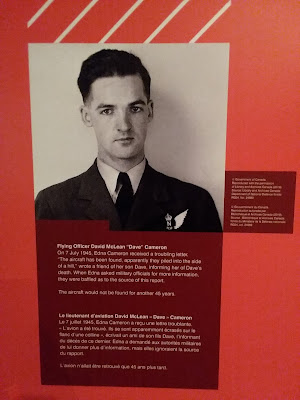 And some of the wreckage of that plane is preserved here, encased in the walls and floor of the exhibit. The small pieces of wreckage testify to the violence of the crash and half a century in a jungle environment. 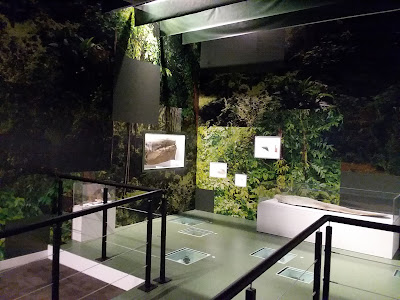 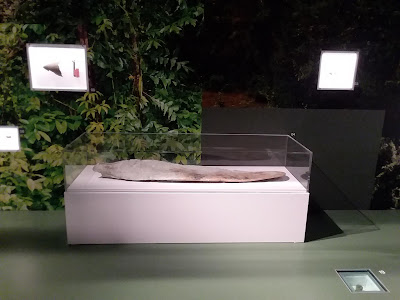 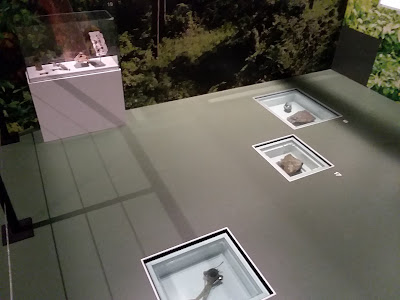 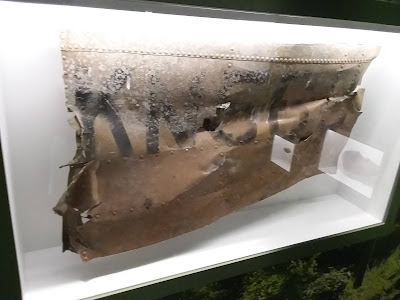 The remains of the crew were recovered and interred at a Commonwealth war cemetery in Myanmar. Video footage of the recovery and the ceremony is played, and a ceremonial flag is draped as part of the exhibit. The combination is poignant. Brothers in arms, found at last. 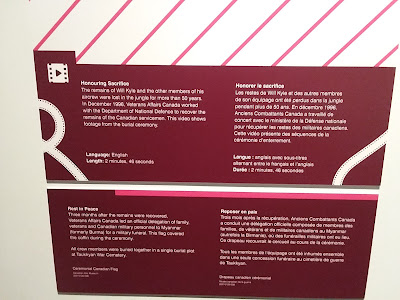 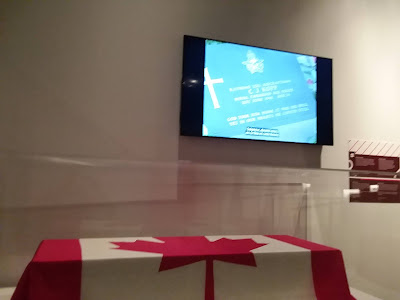