Twas The Night Before Christmas

It's Christmas Eve today, so expect a lot of photobloggers to be carrying on with Christmas themes (many have been doing so for awhile). I also have a writer's blog, which tends to be demented, twisted, and skewed (in a good way). Sometime today I'll have posted my Christmas Eve blog there; go and check it out.

A little over a week ago, on a snowy Sunday morning, I took the tour of Centre Block on Parliament Hill. Most of the shots I took on the tour will posted in January, but I thought I would share some now, particularly since the space inside is decorated for Christmas.

Christmas decor is worked around the arches we find here in Confederation Hall, the grand entrance space through the main doors. 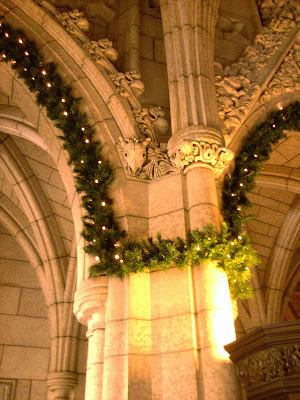 There is a Christmas tree here in the Hall as well. 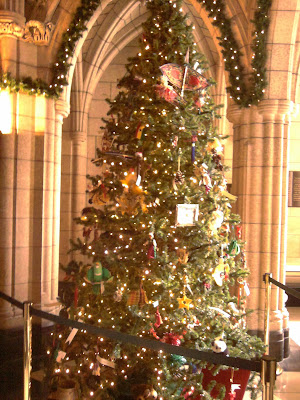 The central column in Confederation Hall gets wrapped with ribbons, artificial branches, and lights in an unusual form of Christmas tree. 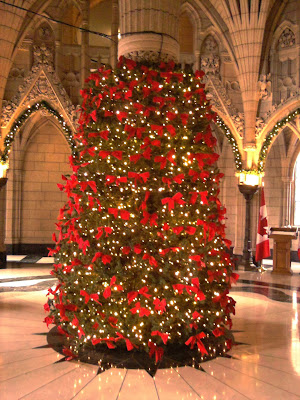 Here you see the column from above. 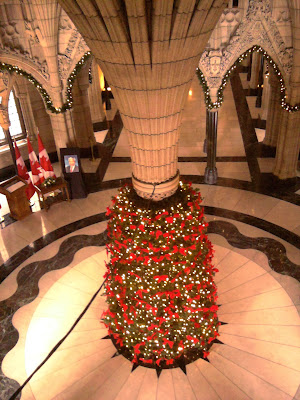 Though it's not Christmas related, I thought I'd post this here. There was a book of condolences set up in the Hall after the recent death of Nelson Mandela. 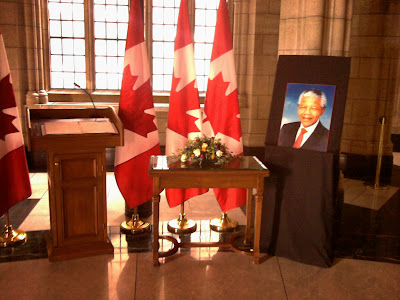 Confederation Hall remains one of my favourite parts of Centre Block, the arches and attention to detail in the carvings making it such a dramatic use of space. 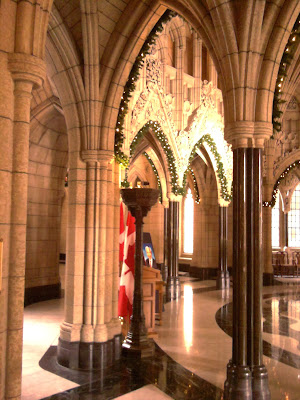 We leave off today with two Christmas trees. The Senate foyer is on the east side of the building, outside the Senate itself. A tree has been erected here. 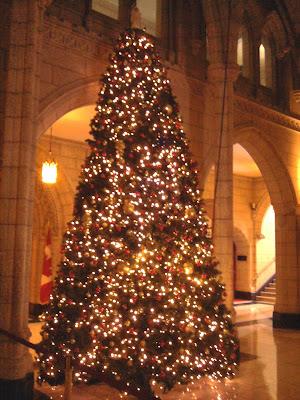 On the west side of the building, in the foyer outside the House of Commons stands this Christmas tree. 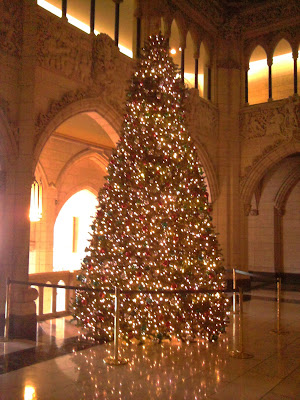 Tomorrow for Christmas Day I'll be taking you into another Ottawa landmark for more Christmas decorations, assuming scheduling these posts in advance works as it should. I will be back online on the 27th, I expect, so I'll have a good deal of catching up to do.