A Church And A Monstrosity

A couple of days after Christmas, I went down to Toronto again to do a bit of shopping and check in at a place I haven't been in for several years. From the sidewalk in front of my destination, I snapped this shot of the church on the far corner. This is the Anglican Church Of The Redeemer. It dates back to the 19th century and contrasts quite well with the modern buildings beyond it. 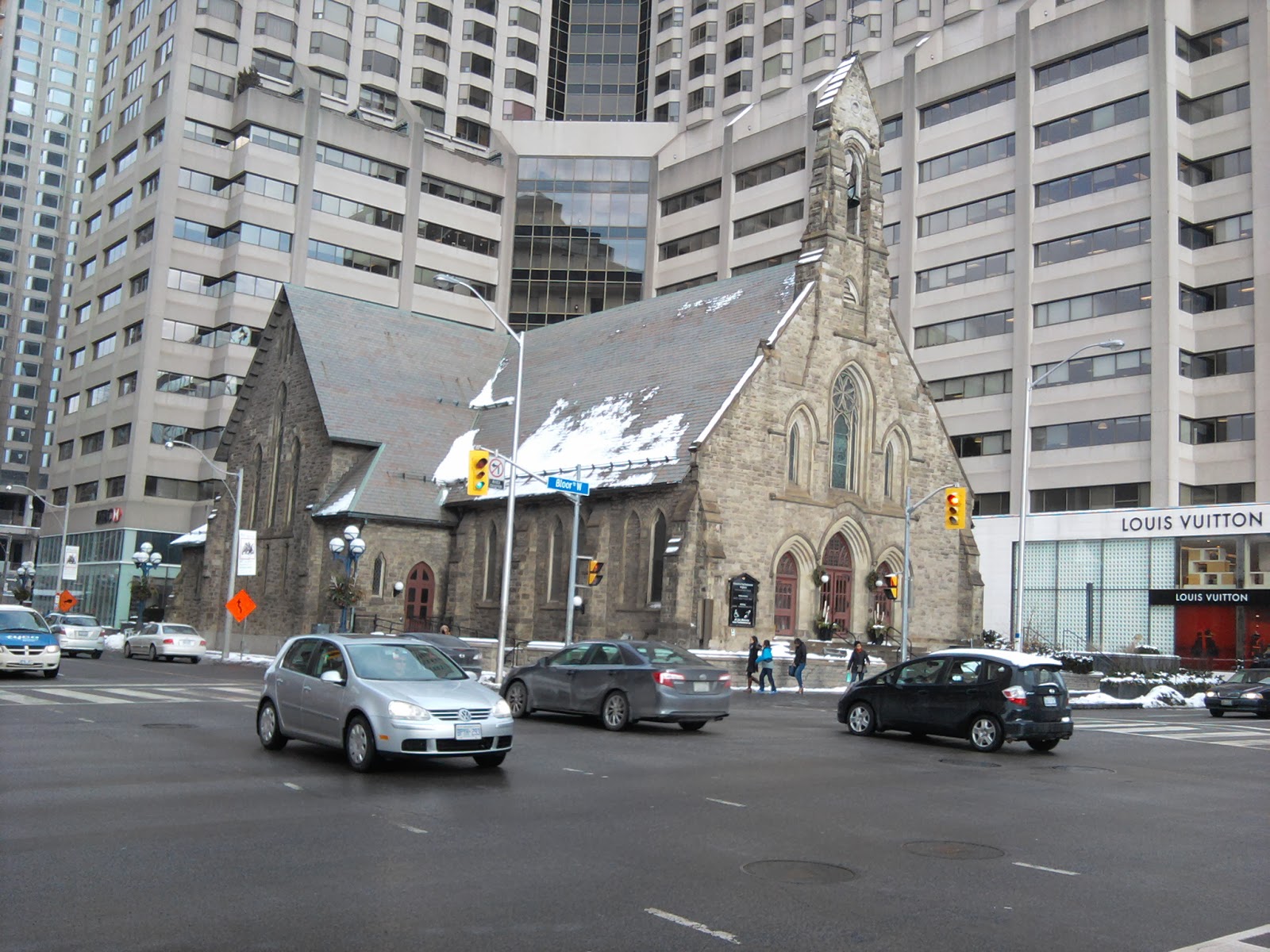 The reason for my visit? The Royal Ontario Museum, or ROM as it's often called. I visited from time to time growing up, fascinated by the collection (it probably spoke to the archaeologist I might have been), but I hadn't been inside since the last set of renovations, which contrast (not in a good way) with the original aspects of the building, which dates back to 1914. 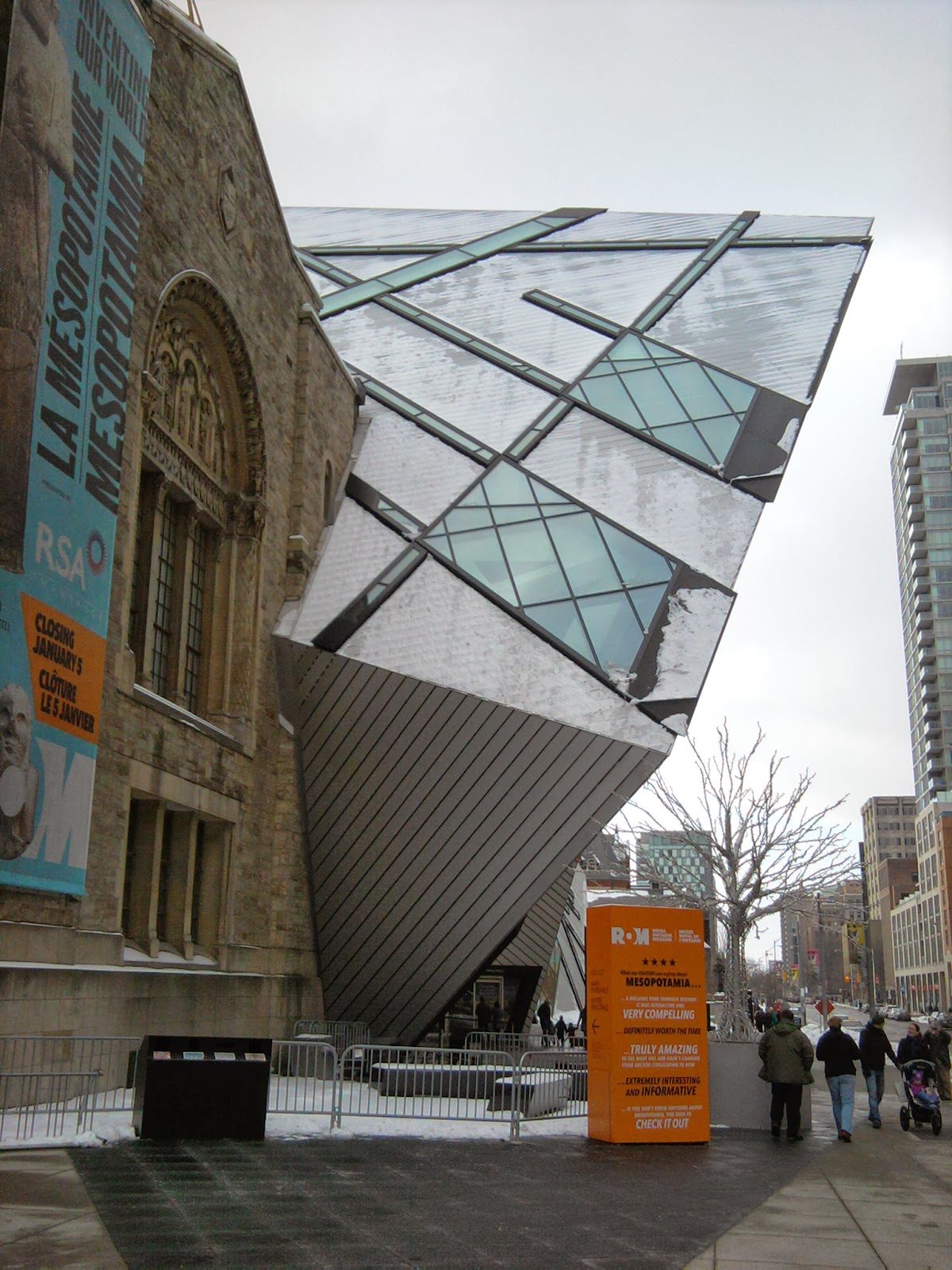 This metal and glass monstrosity is called the Crystal, meant to evoke the crystals that spring out of rock. It just ends up looking out of place against the stone of the original building, as far as I'm concerned. 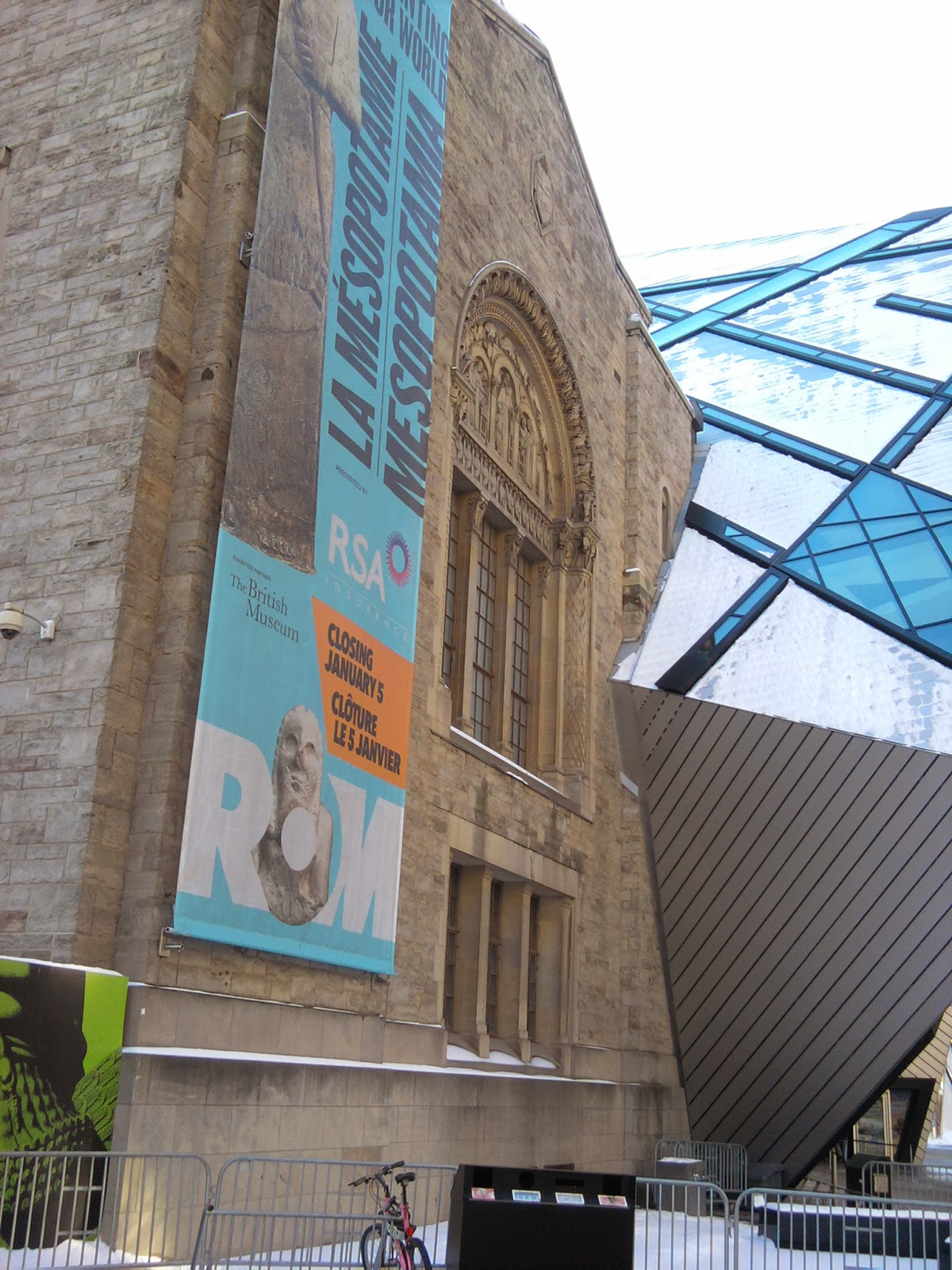 Still, it's what's inside the building that actually counts. Tomorrow we'll start taking a look inside. 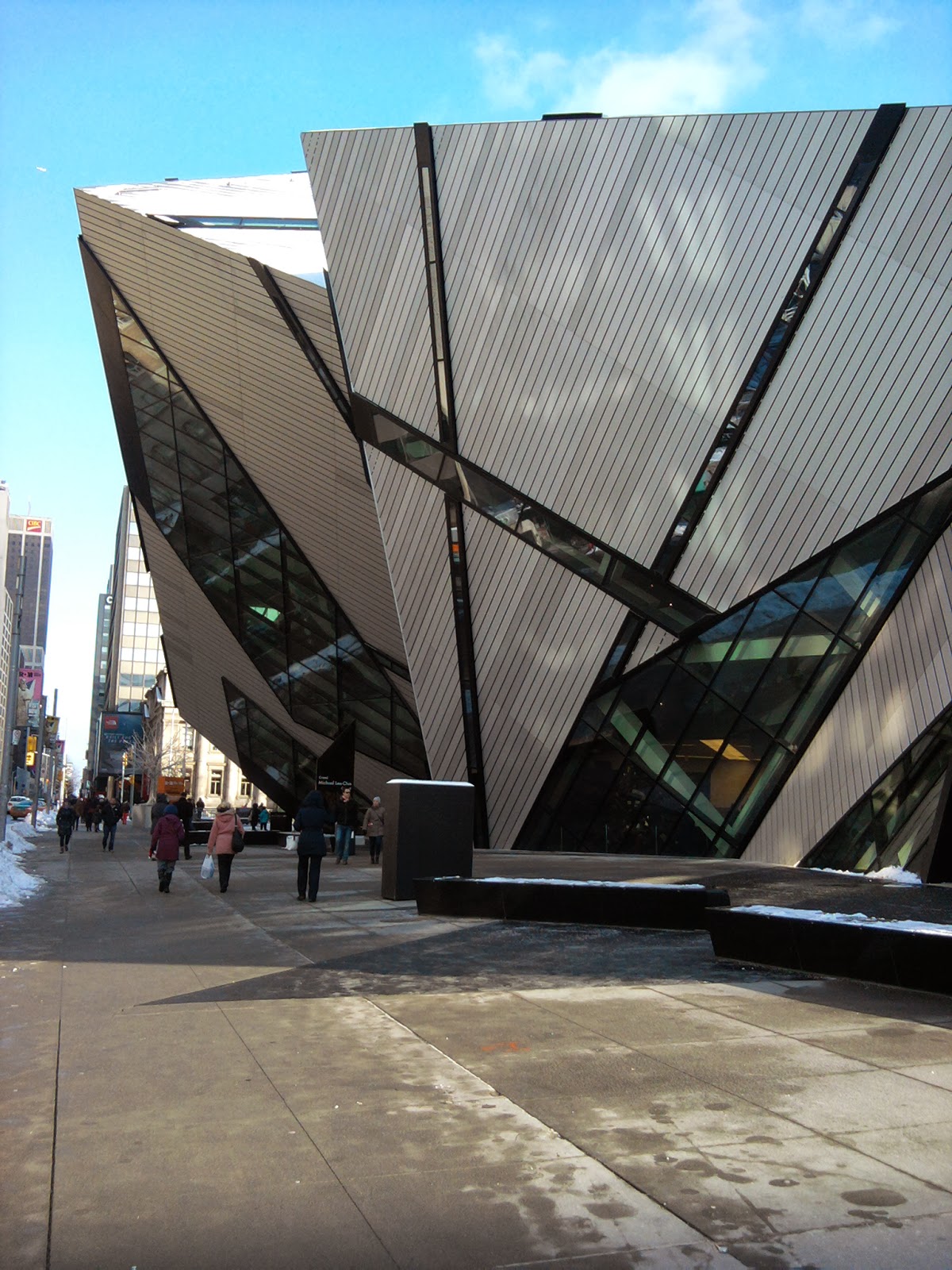