This good sized pond is in the Glebe, and it is linked through pipes beneath the adjoining parkway to the Rideau Canal, where as of this writing, skaters are enjoying the full length of the ice. When the water levels in the Canal are dropped in the fall, the water here drops as well. Small mounds of earth as you see in the foreground are exposed. The fish and turtles that occupy this water are beneath the ice as it develops, apparently turtles in particular go into something resembling a fugue state. This year there's been an early freeze-up. These shots were taken in December, and people were out on the ice. 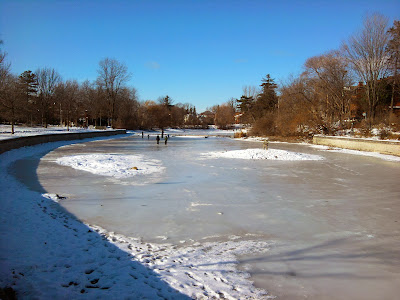 Someone's erected something on one of those mounds of earth in the pond. An inukshuk is a common sight in the far north, where Inuit people piled rocks in these formations for countless generations as a marker, a beacon in a harsh environment. It's common to see them built elsewhere as a garden ornament. 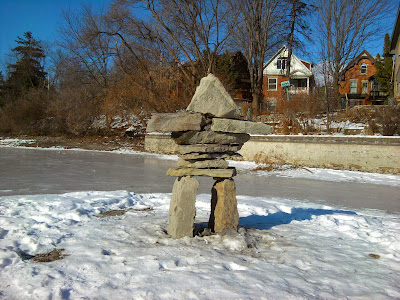 From the other side, you can see the Bank Street Bridge in the background. 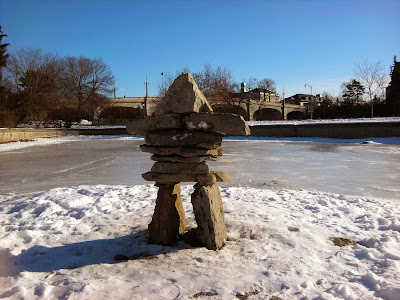