My first in-town shots of 2014; these are from two days this week. The Rideau Canal has been opened to skaters since before New Year's. This first skater was out on the surface on Dow's Lake. 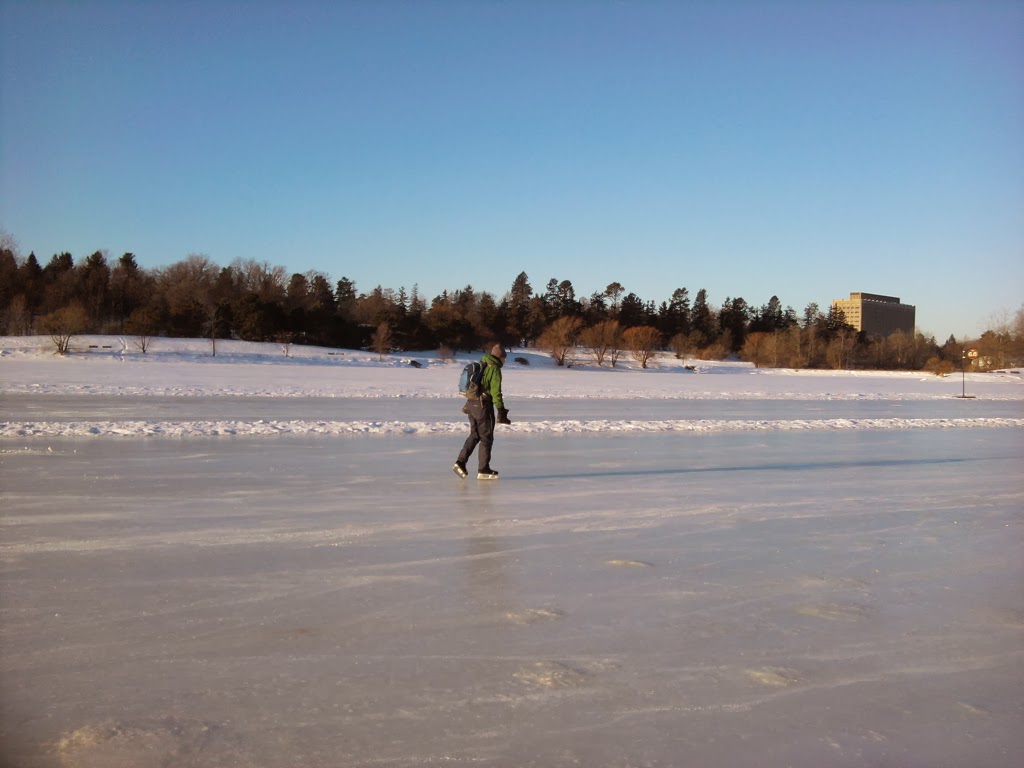 This afternoon view is from the Bank Street Bridge, with a handful of skaters on the Canal below. There'll be many more on the weekends, and depending on the time of day, for that matter. 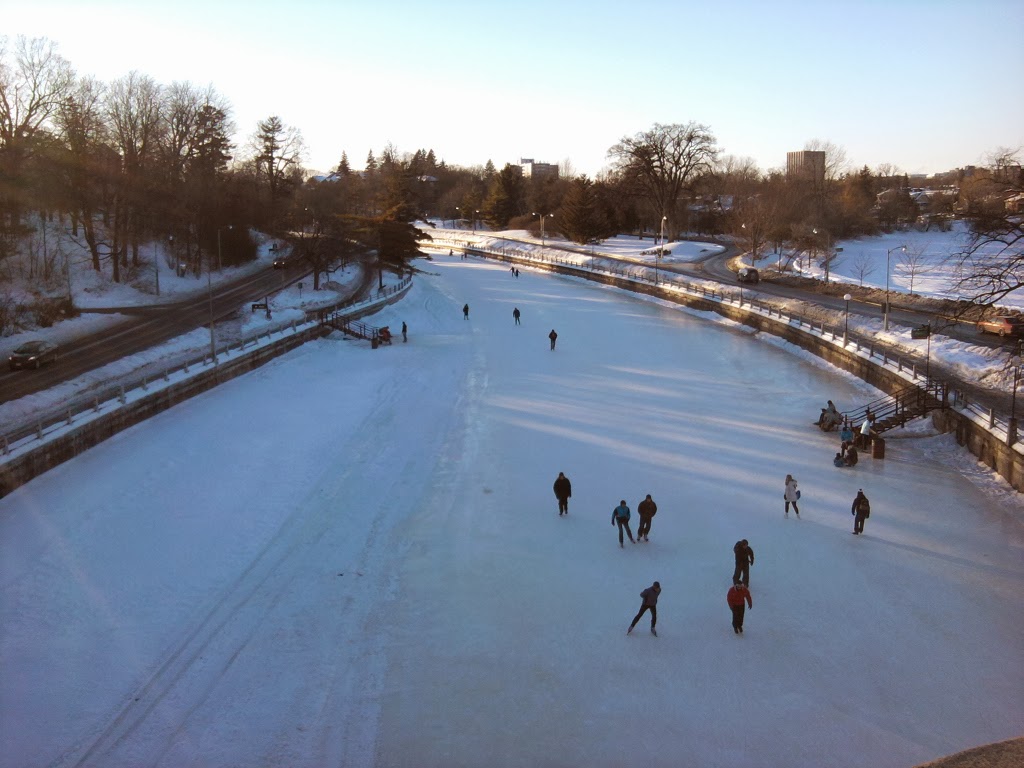 Downtown, the skate route finds its start at Plaza Bridge, there in the distance, flanked by Parliament Hill and the Chateau Laurier. 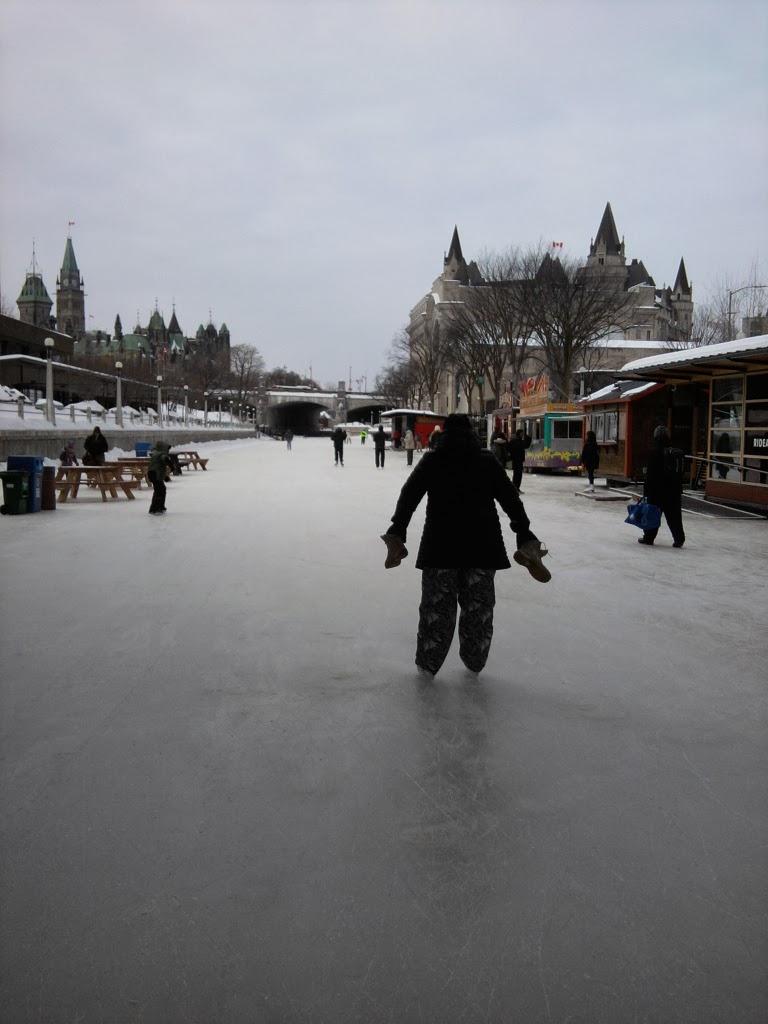 A wider view gives us a look at the National Arts Centre on the left and one of the skate changing lounges on the right, at the ice surface. Over the weeks to come, as we head towards Winterlude, the Canal will be used by many skaters (and walkers) as it winds its way through the city. Expect more skating shots to come. 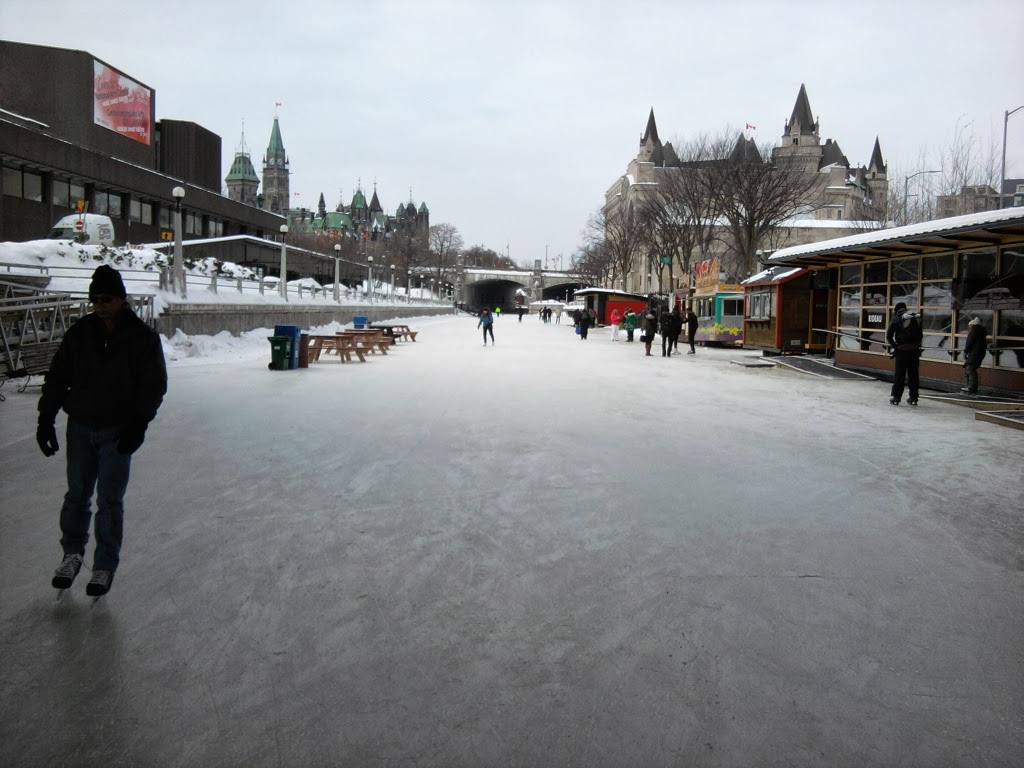 After a good skate on the Canal, warming up is always called for. That might involve hot chocolate and a Beavertail... a local pastry creation that's very, very popular. This is one of the temporary locations on the ice, with the Ottawa Convention Centre serving as a backdrop. 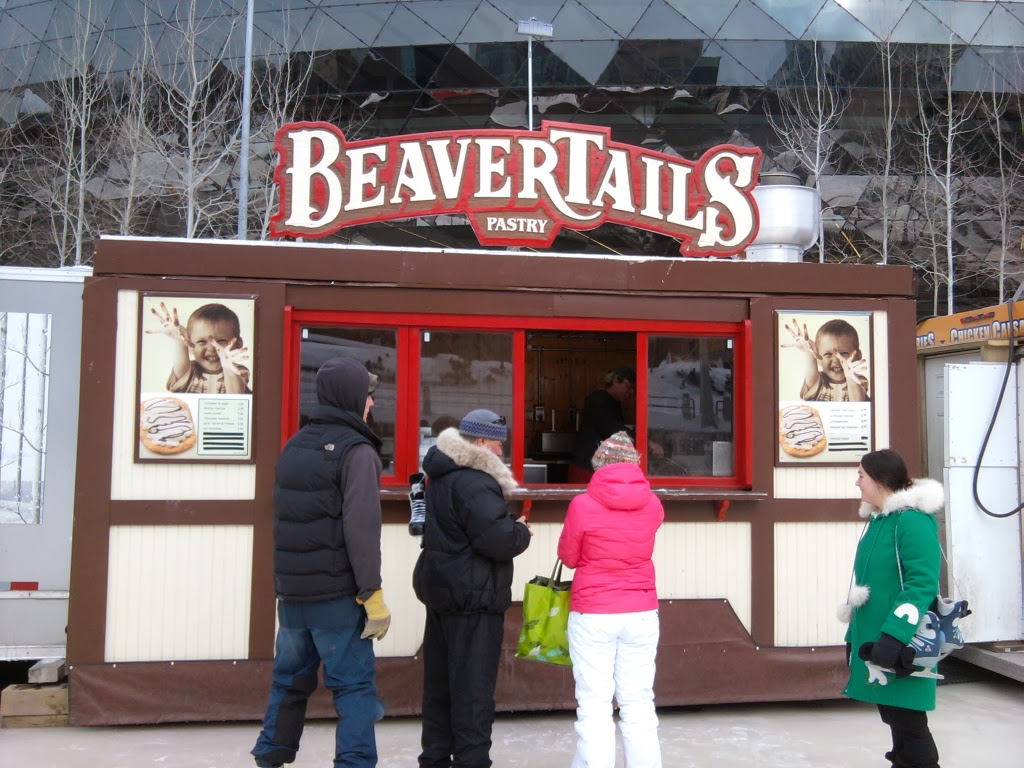 Tomorrow I'll be taking things out of town for a little while. I was busy photographing over the holidays.