At Carleton University, outside the River Building, near the shore of the Rideau River, stands a statue that tends to look rather cold this time of year. 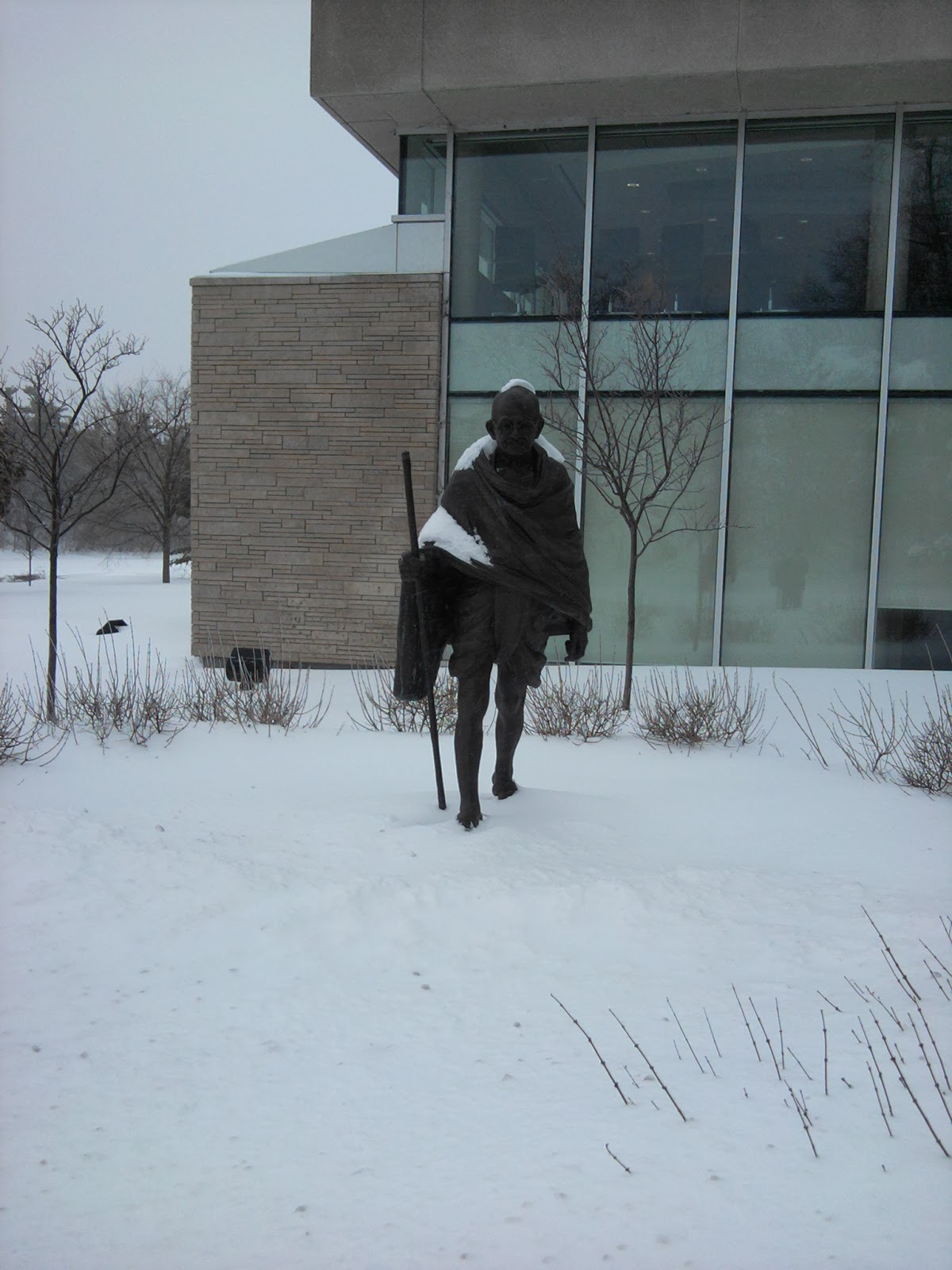 The statue of course is of the great statesman, civil rights advocate, and Indian leader Mohandas "Mahatma" Gandhi. The great man of the Twentieth Century is immortalized across the world, including here in Ottawa. There's a good sized segment of the student population from India, and Gandhi's influence on world history looms large, so placing it here on campus is fitting. I do wonder what Gandhi would have thought of being buried in snow like this. 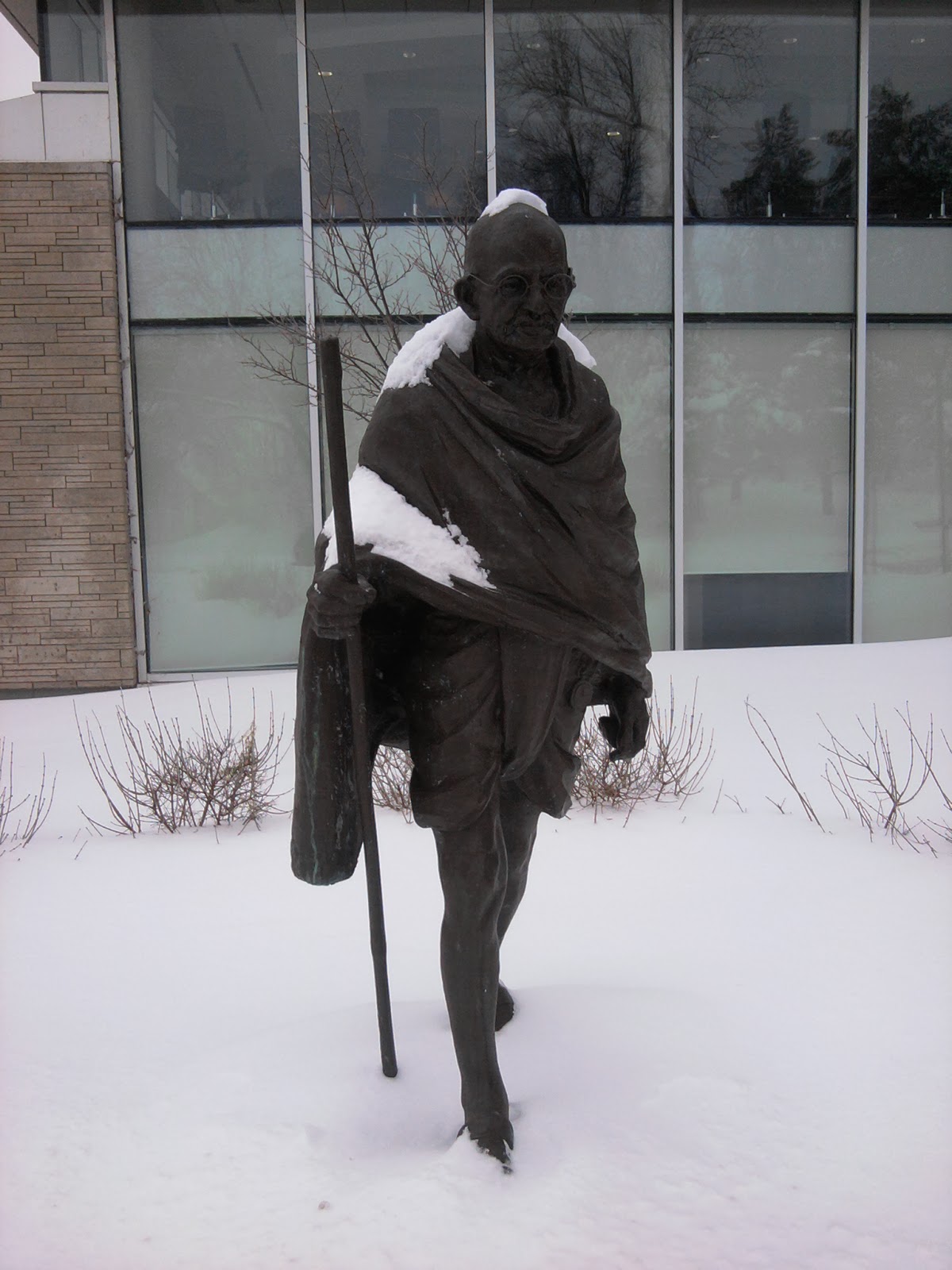 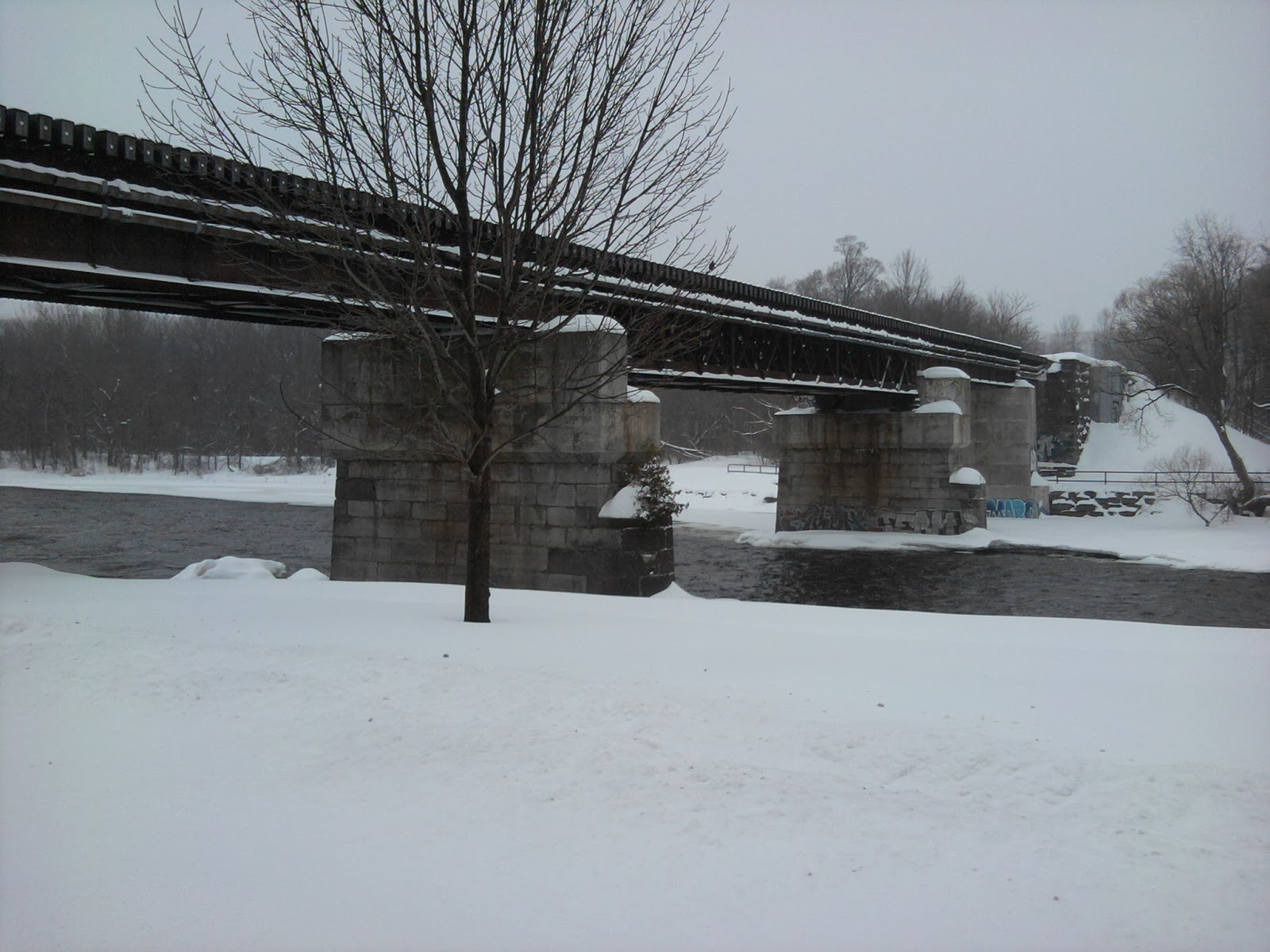 This is as close as we can get to the river in the winter, which is just as well, given how cold it'll be this time of year. 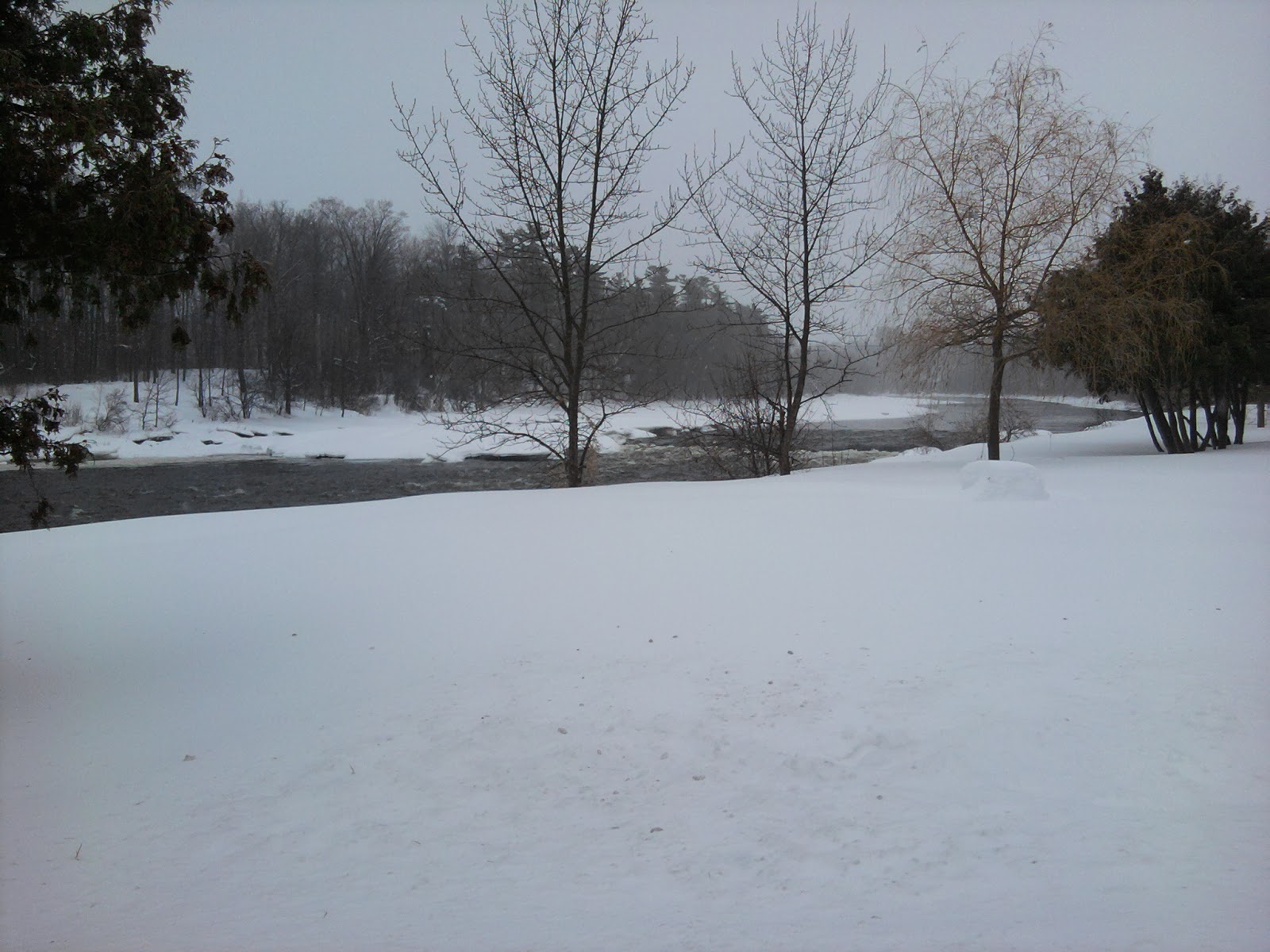