Finishing up today with the Royal Ontario Museum. Coming out of the East Asia galleries, I found the source of the squawking that had caught my ear. It was a harrier hawk with his handler. 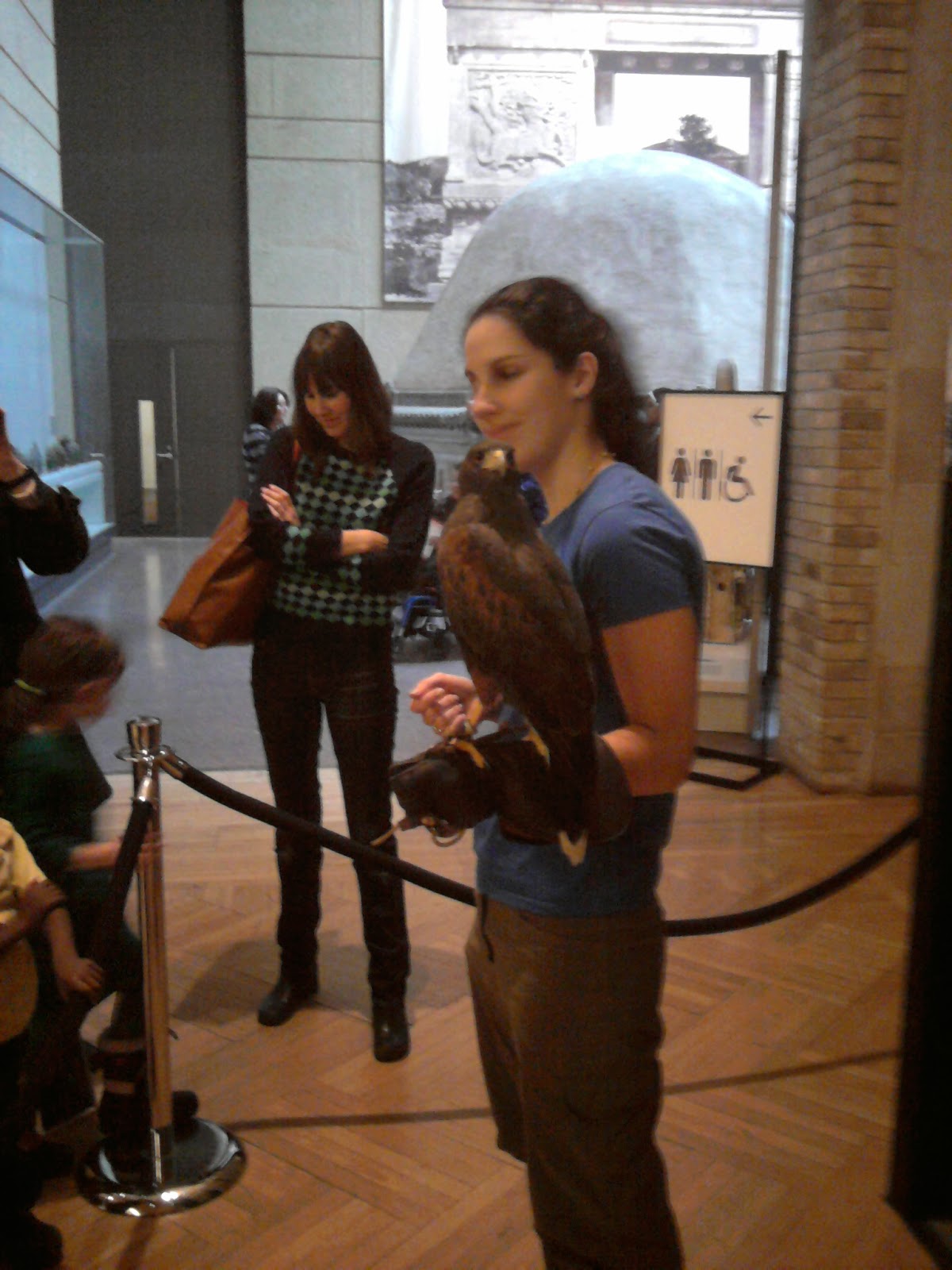 This striking looking fellow is named Linus. He's part of the education program at the ROM, and there were two handlers speaking with members of the public, while Linus was taking in the view, glaring about, and squawking. 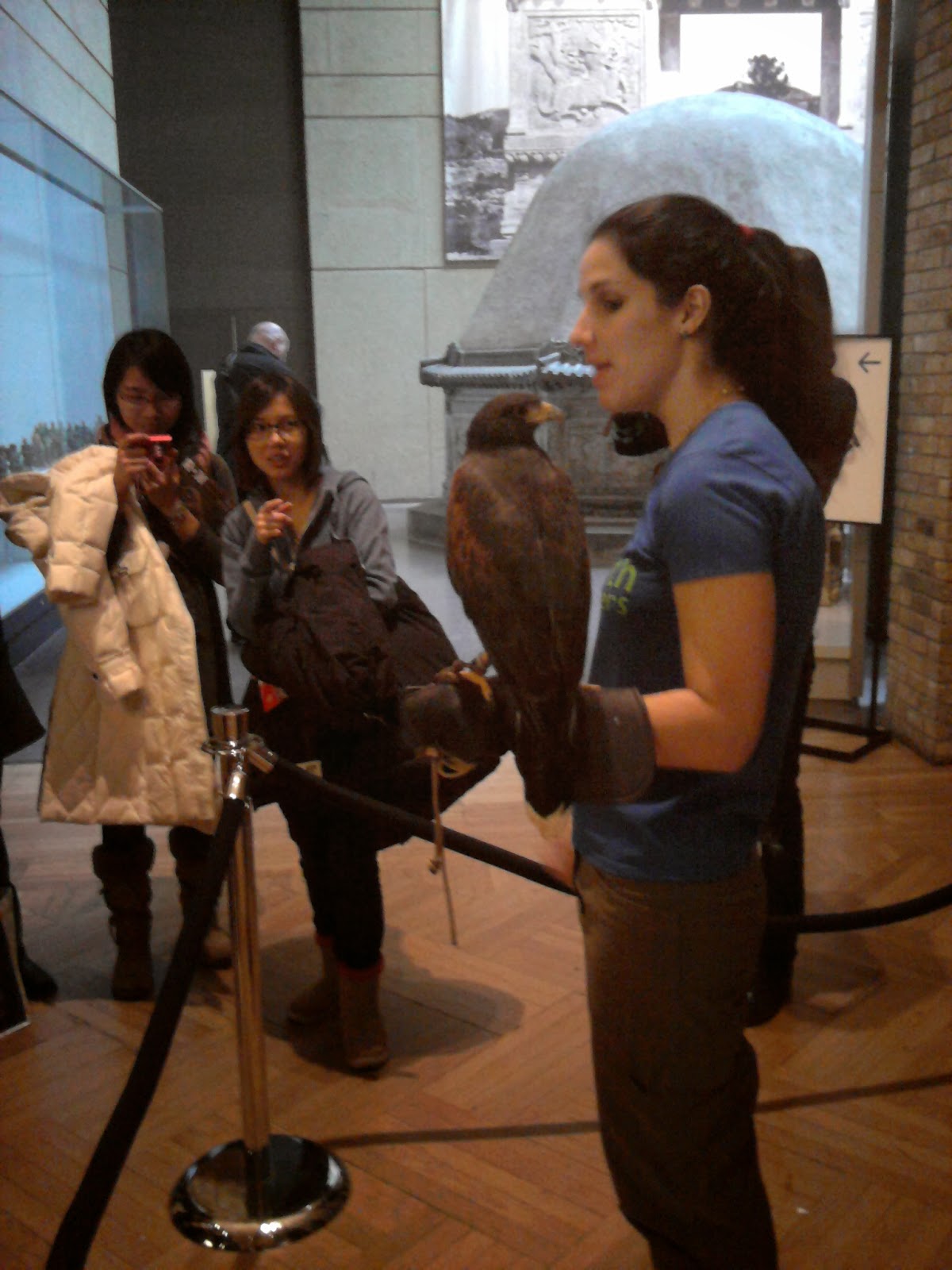 It seems that he likes being the focus of attention, according to the handlers. 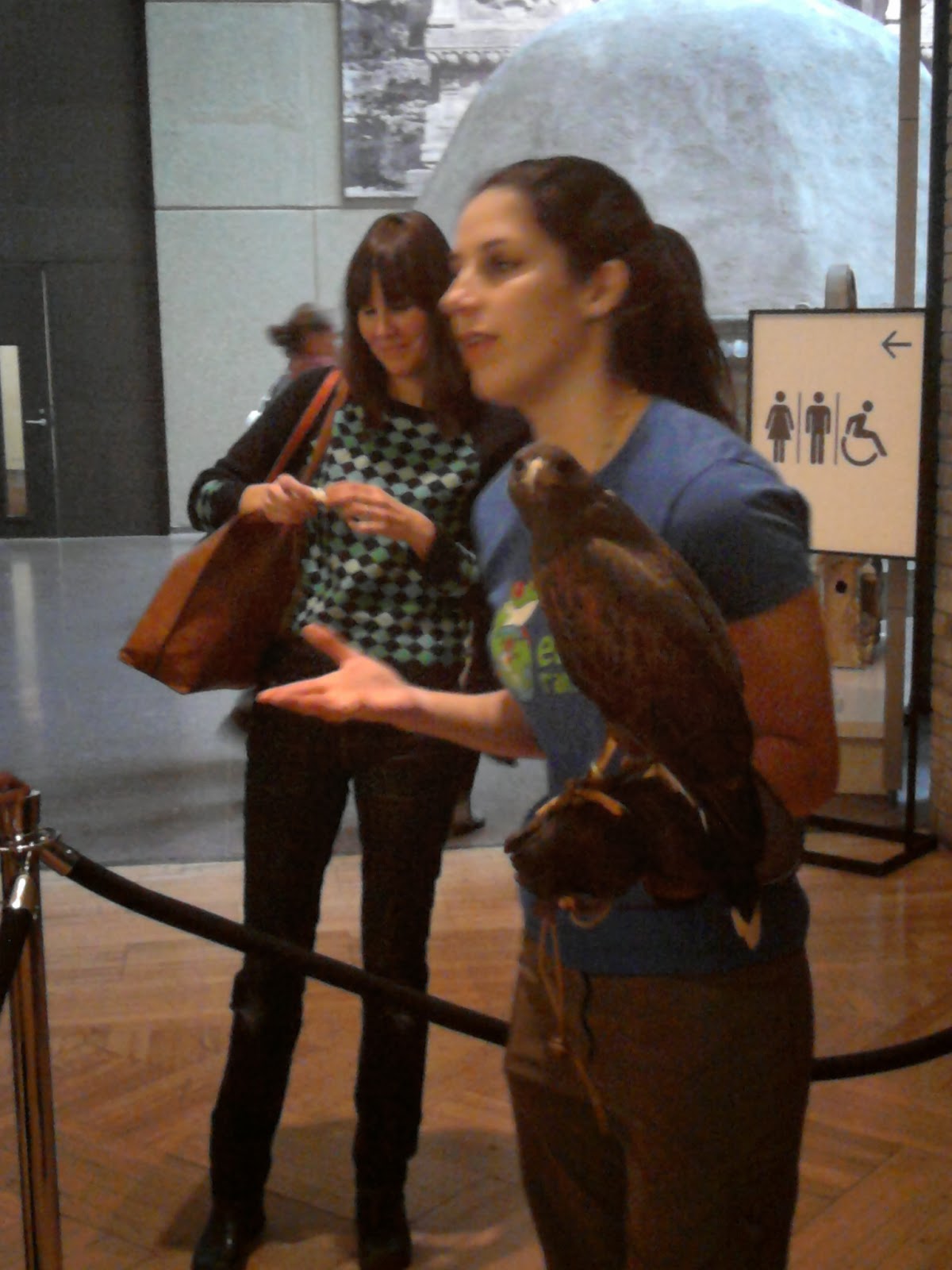 And he does make noise! When he's quiet, they said, you know he's up to something. 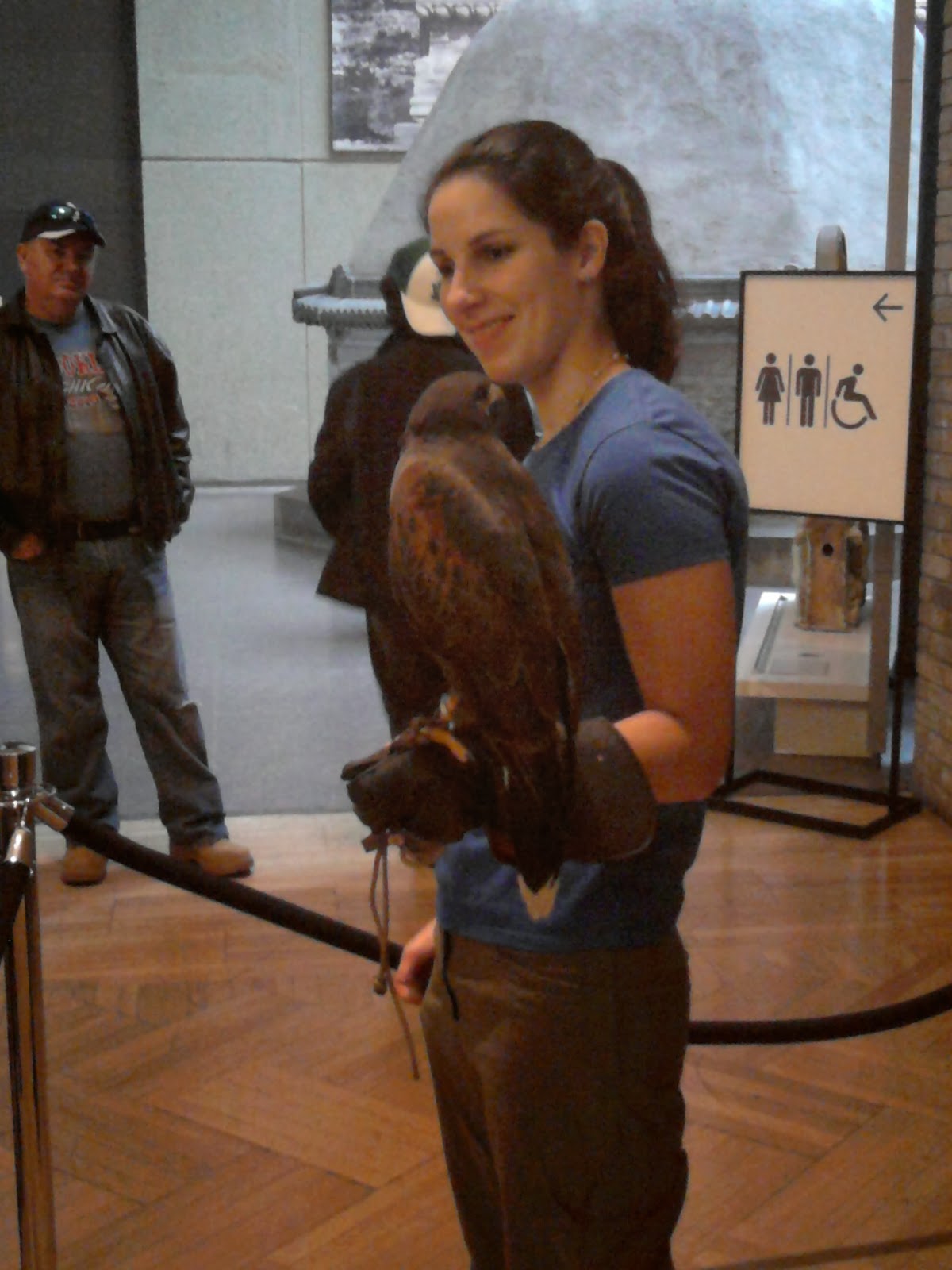 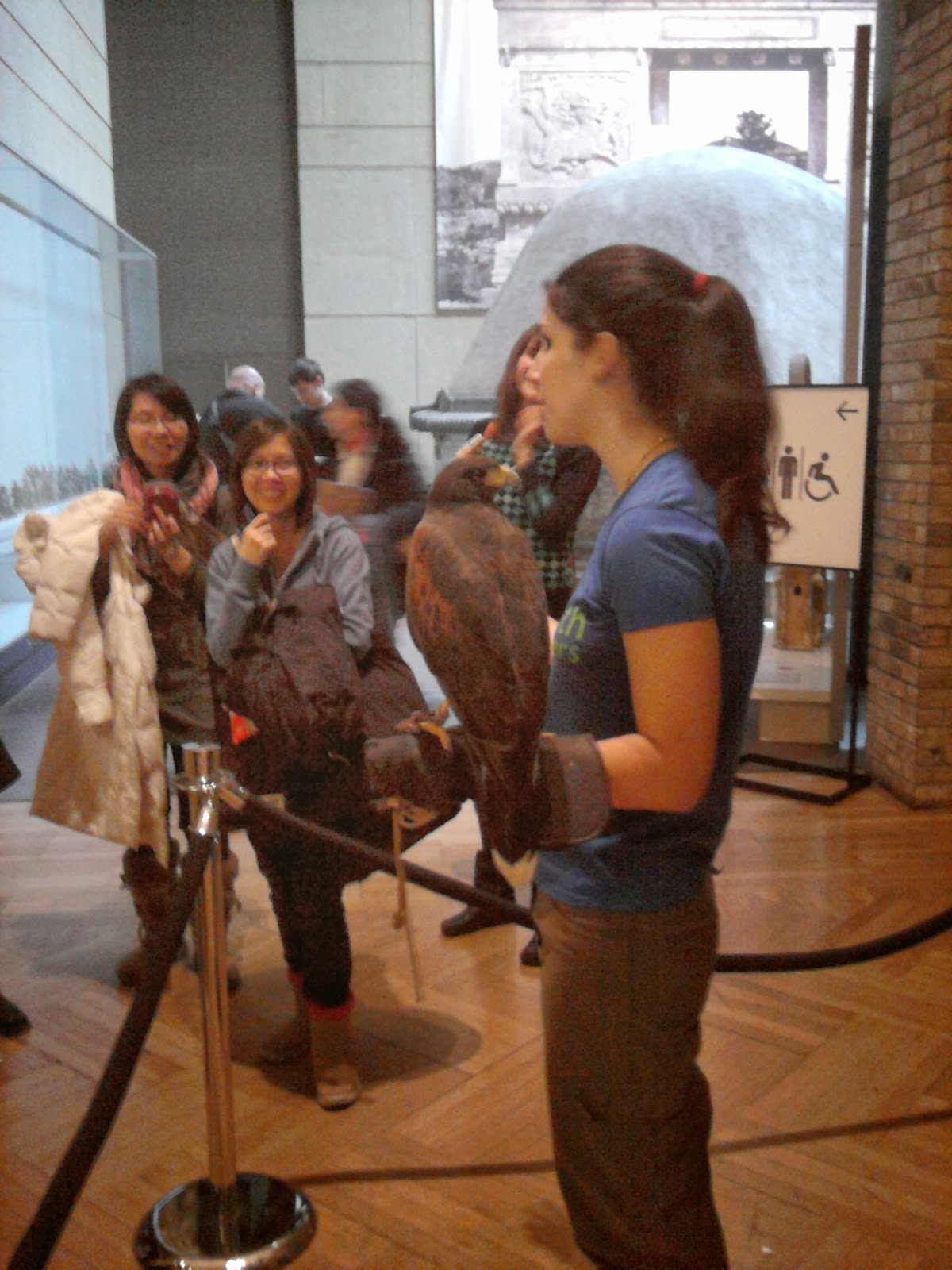 He certainly did have an audience at his beck and call, and he is a magnificent hawk. 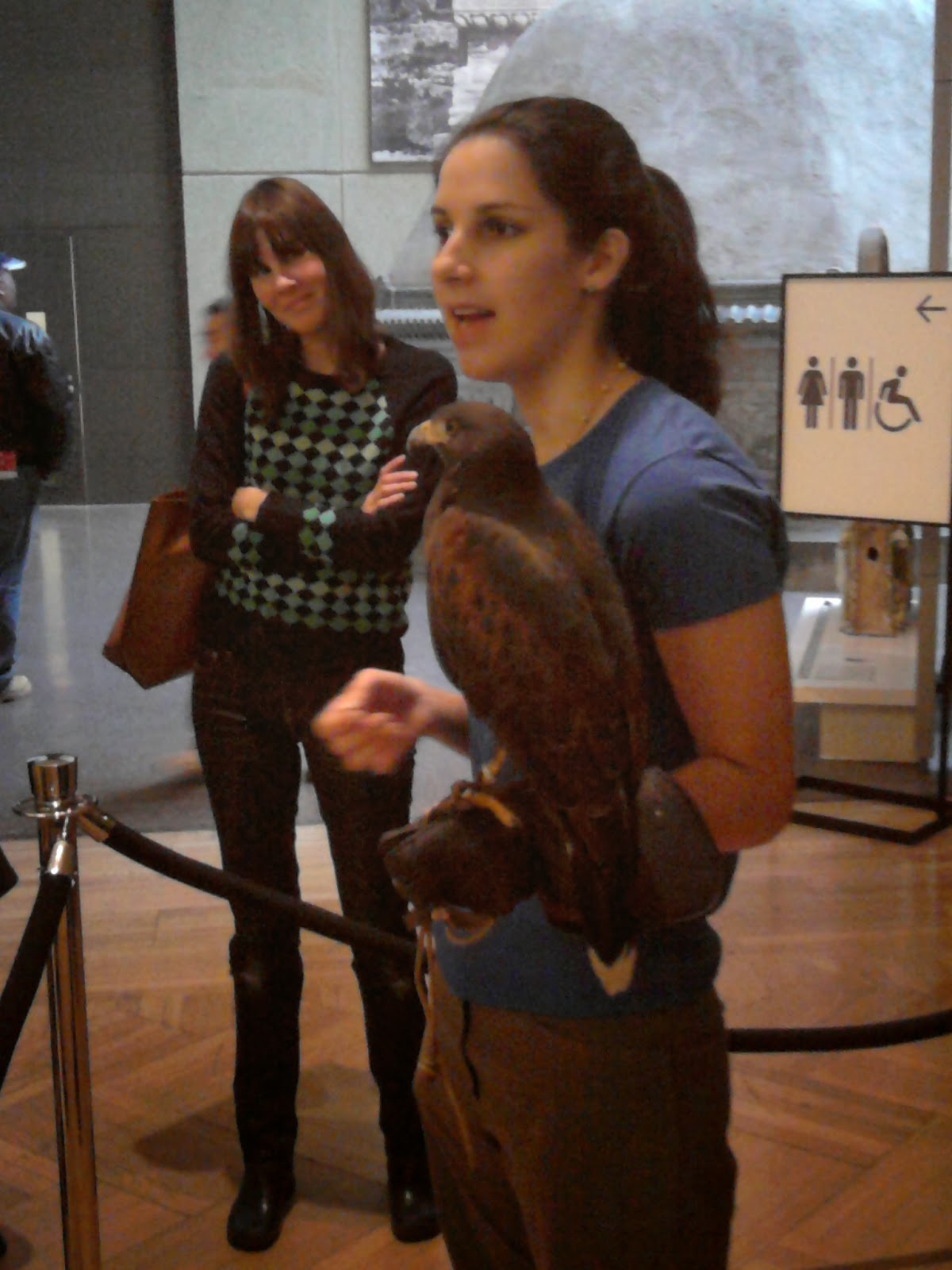