Back in Ottawa to close out the month before the CDP theme day on the first of February. This month's theme is Entry.

I've meant to photograph these monuments downtown, but I'll wait til the spring for a proper go over. The Valiants are a set of statues and busts at Plaza Bridge, next to the War Memorial. They surround the staircase coming up from the Canal below. These are figures from Canadian military history.

Last week, someone anonymously placed knitted scarves around their necks, with tags for anyone in need of a scarf to feel free to take one. It's a curious gesture, but the scarves stand out nicely against the statues. By the time I got up there, scarves were still in place around three. It turns out that the people who did this were a group of knitters, performing an act of kindness for those out in the cold. It's caught quite a bit of attention.

This first one is Lt.-Colonel Charles de Salaberry, a French-Canadian officer who, during the War of 1812, served with distinction, commanding a force of troops in the victory against Americans at Chateauguay. The Conference Centre rises up behind this statue. 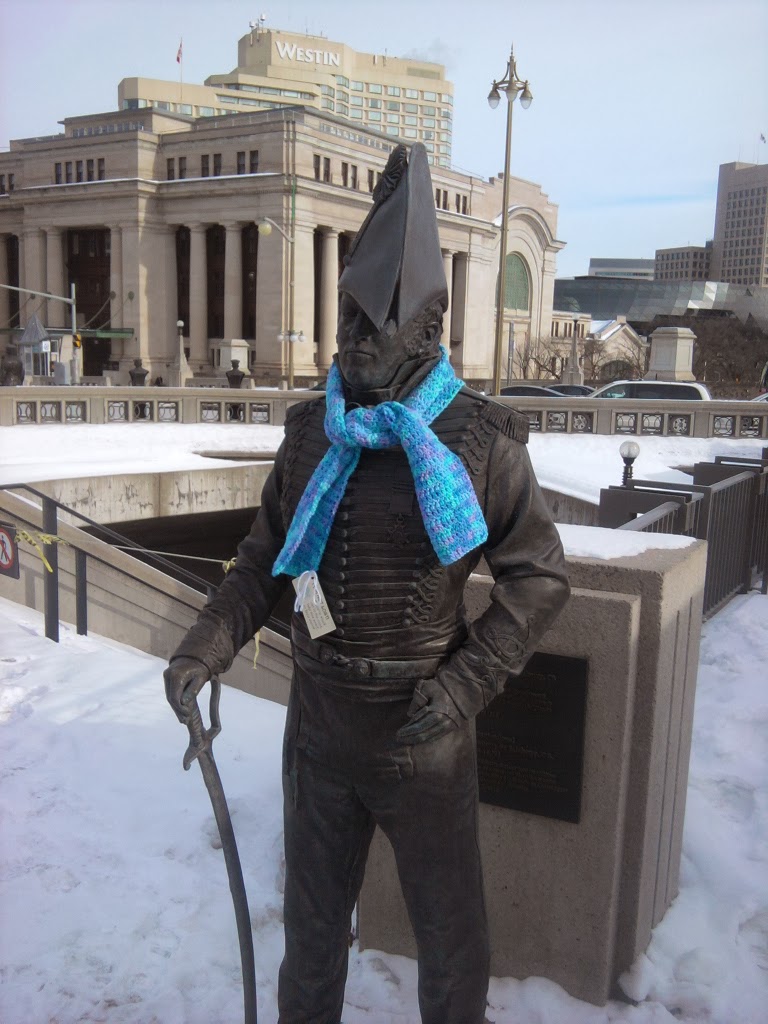 This second one dates back from the era of the American Revolution. Joseph Brant, as he was known to the English, was a Mohawk leader with close ties to the British. He served throughout the Revolution, taking on the Colonials in northern New York State, later relocating to southern Ontario with his tribe. He is backdropped by the Chateau Laurier. 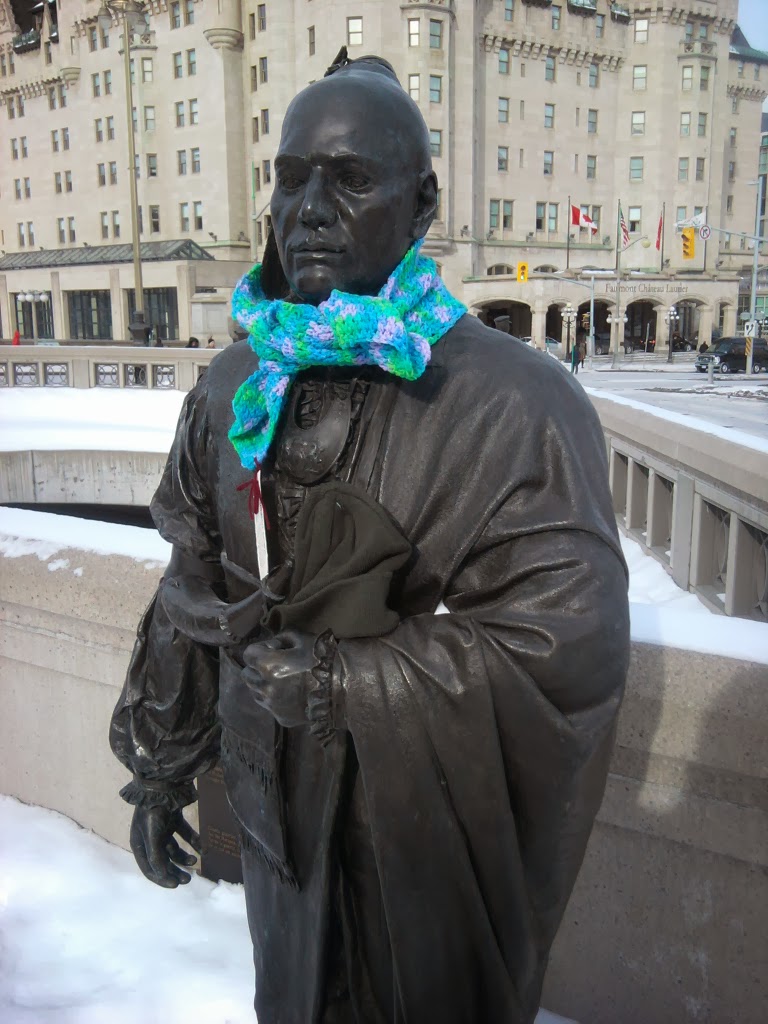 This bust depicts Corporal Joseph Kaeble, a First World War infantryman who won the Victoria Cross posthumously for an extraordinary repulse of German attackers in 1918, the final act of his life. 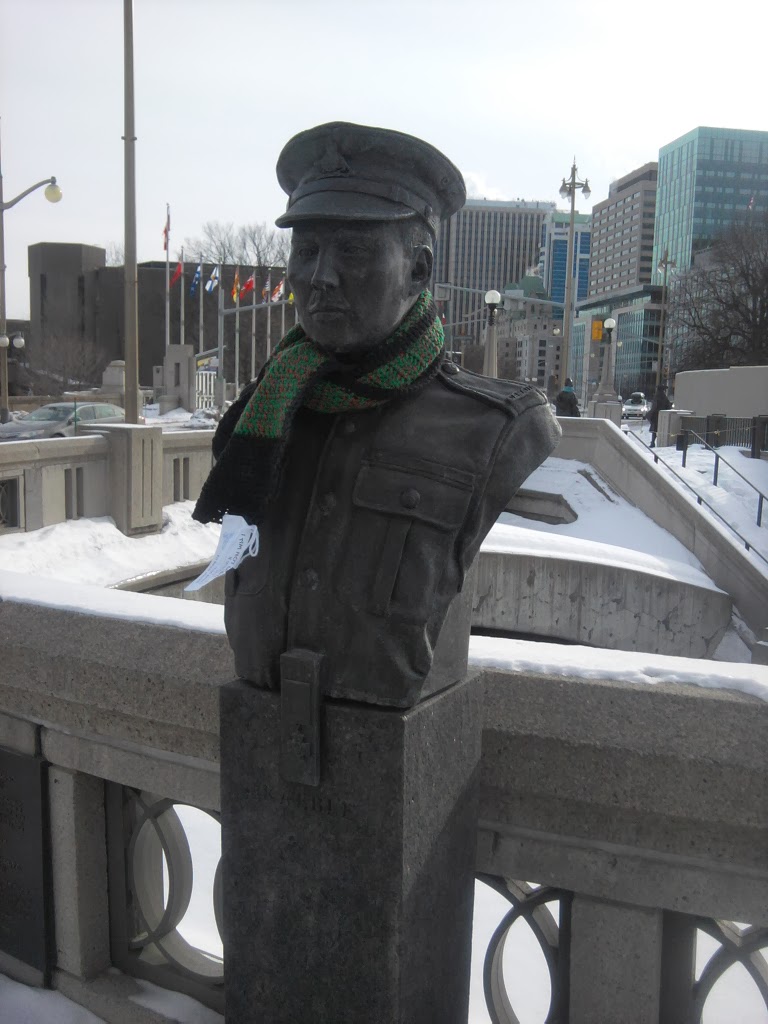