Toronto is the provincial capital of Ontario. It's a busy city throughout the week, particularly in the core. And it's a city filled with delusional fools devoted to a hockey team doomed to never win a championship again (hi, Leafs fans!). It's gone by some nicknames down through the years since its founding, including Hogtown and The Big Smoke. These days the city is plagued by a drug addled incompetent alcoholic rage machine who thinks he's the mayor, and who has turned the city into an international joke. Incidentally, in person, the man is even more obnoxious than you see him on the news.

Coming through the city on Christmas Eve, I had enough time to stroll about the downtown core and take some shots. This one is near City Hall. I just liked the look of the building, a hydro-electric building dating back to the twenties. 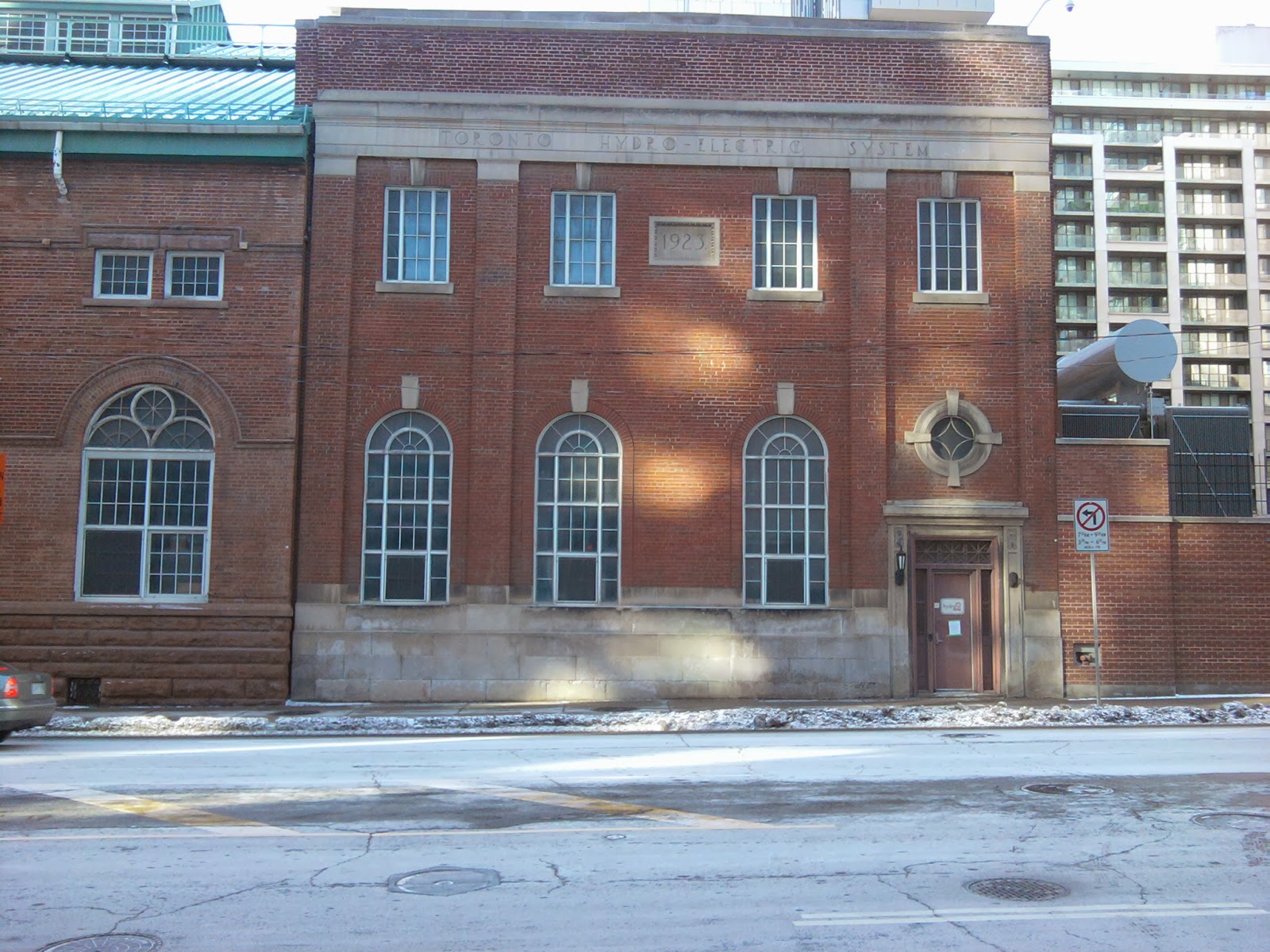 The Eaton Centre is a shopping mall in the downtown core, the huge glass ceiling a signature of the place. There were very large glass and steel frame reindeer mounted in several places inside, lit with multicoloured lights for the season. 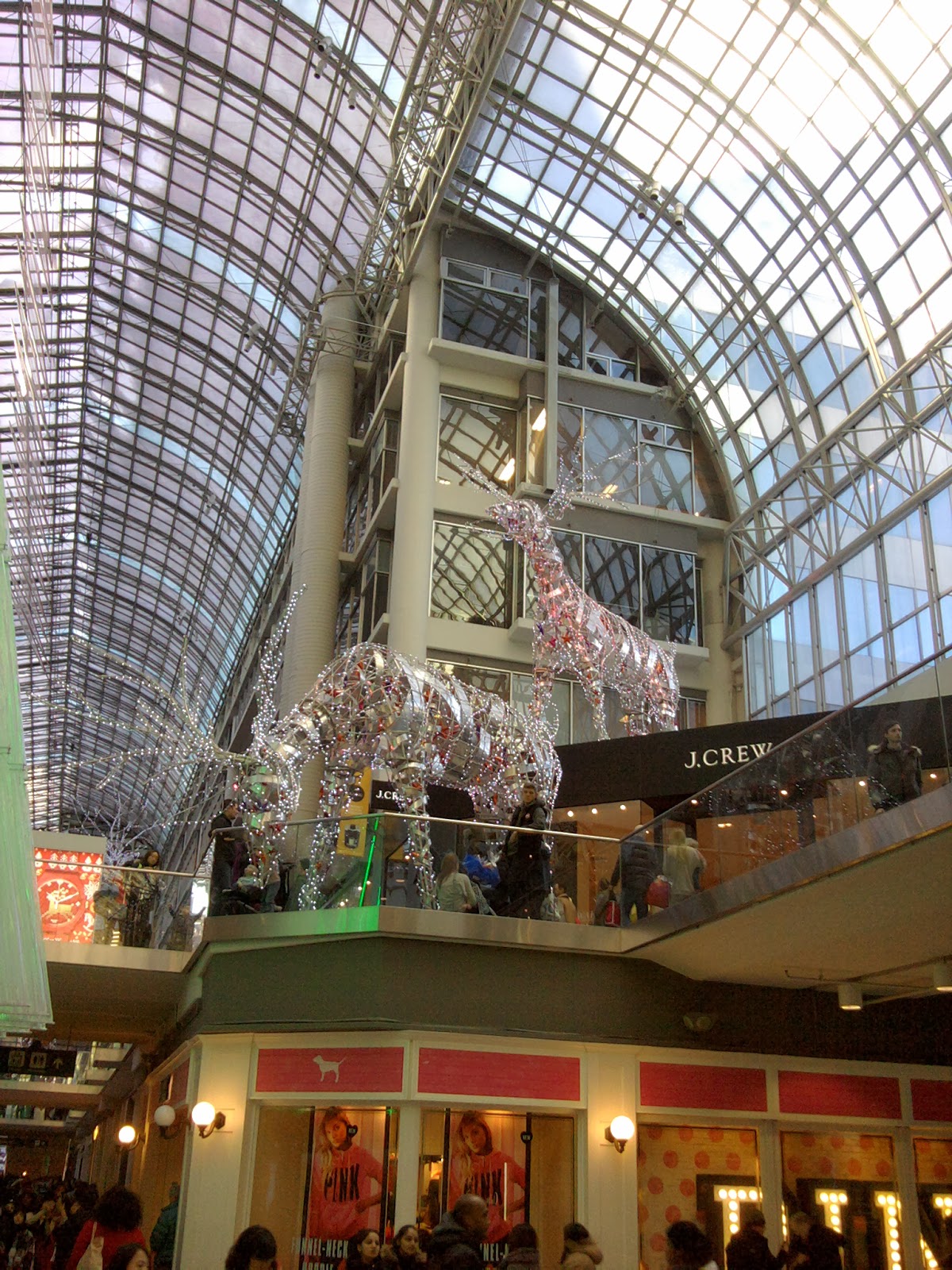 Their scale when seen with people passing by is impressive. I found myself wondering how long it took to put these together. 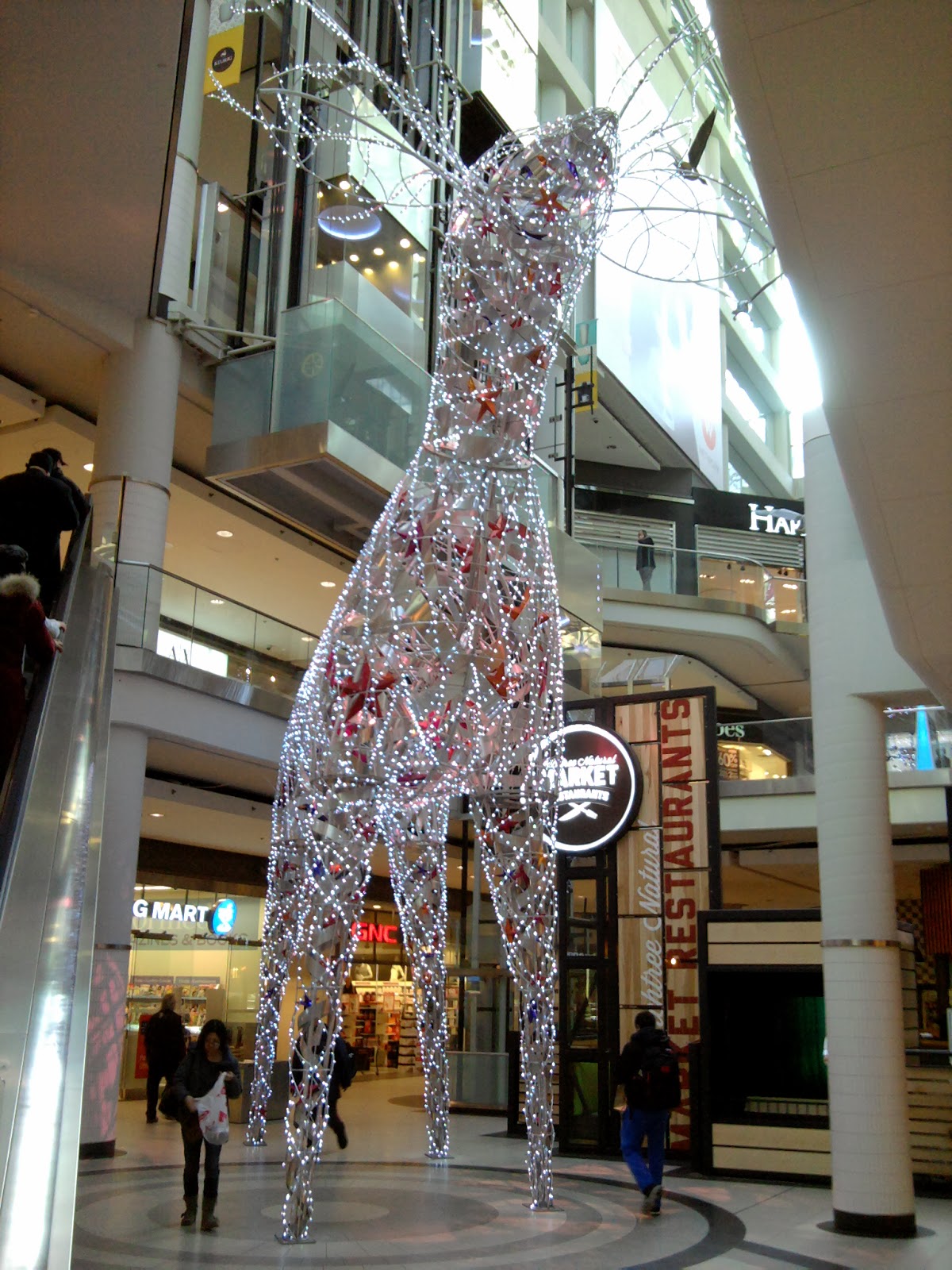 Outside, I paused for this shot. The Canada Life Building is down the street on University Avenue, a Beaux-Arts tower that was opened in the early thirties. Beyond it is the one building in Toronto that most anyone the world over knows: the CN Tower. 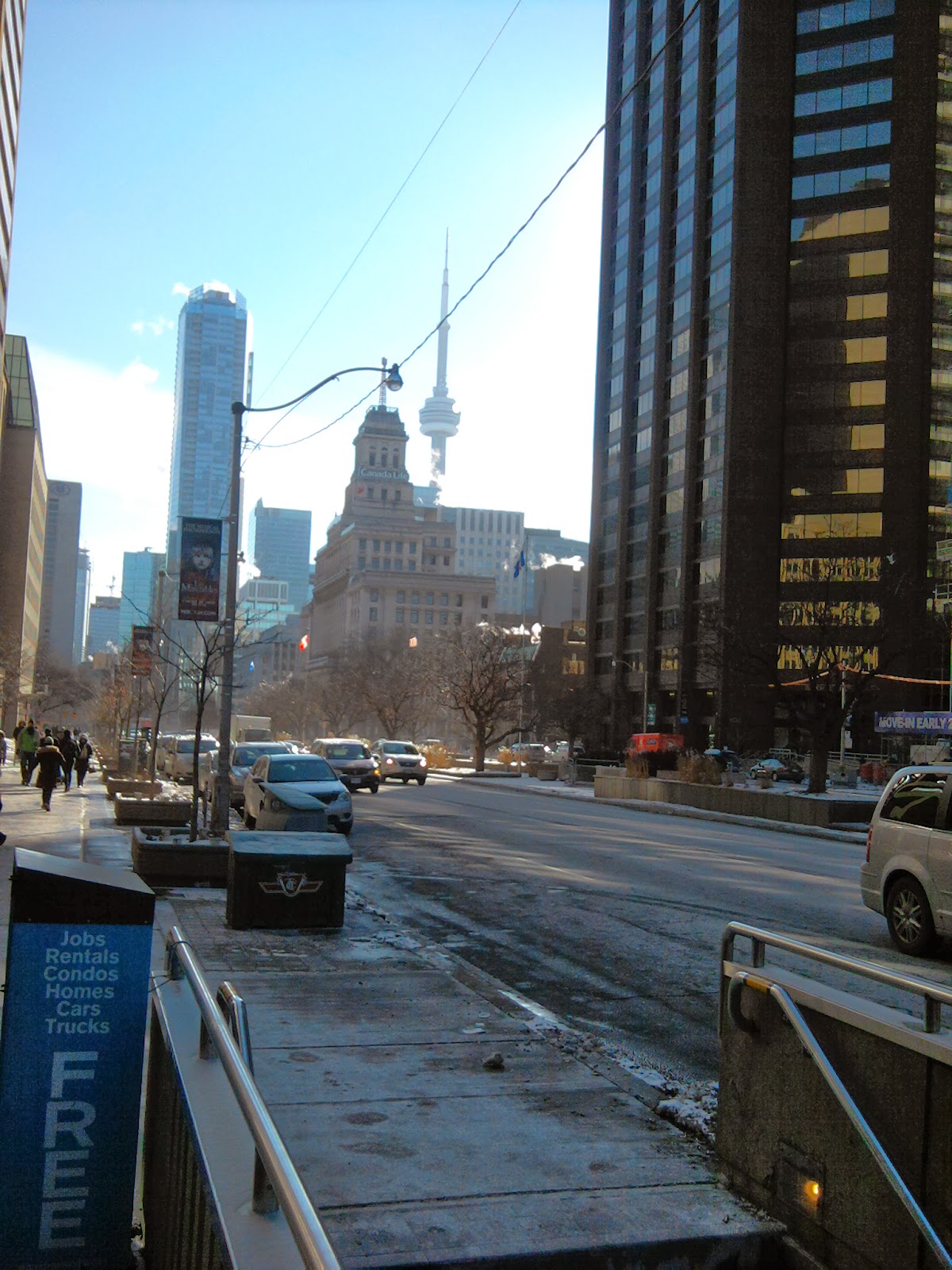