The Paths Of The Dead

Today I'm taking part in the second annual Ontario Bloggers Day. Cindy, at Just North Of Wiarton And South Of The Checkerboard started this concept last year, and I've been following her as a blogger for a long while. It's a chance for bloggers from around the province to get to know each other. Check out her blog, where there'll be blogs listed taking part as the day goes on.

I'm back in Woodlawn Cemetery today. 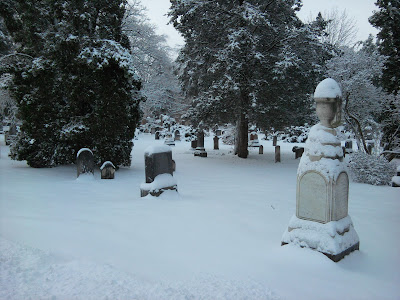 This particular plot is one I find rather off putting. It's a huge grave, perhaps eventually meant for more people but currently occupied by only one individual. The entire thing screams pay attention to me! Or it's possible the family decided to go overboard when they had this erected. It's much too over the top; the sort of tomb that would appeal to Donald Trump. 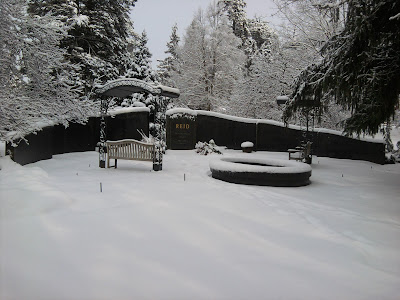 I prefer this old tombstone, perhaps because of the statue at its heart. 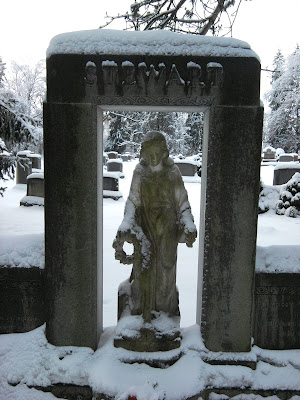 Another tombstone in a prominent spot of the cemetery was raised in commemoration of several soldiers who fell in the First World War. The stone is capped with a lion. 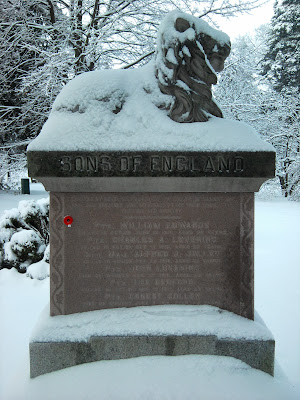 The Union Jack stands alongside it. 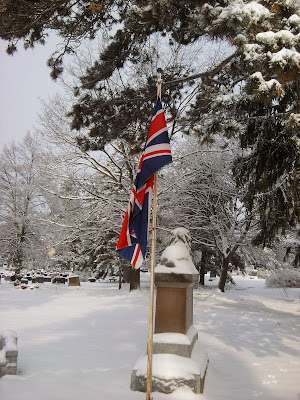 This tombstone carries a quiet dignity to it, something that I like. 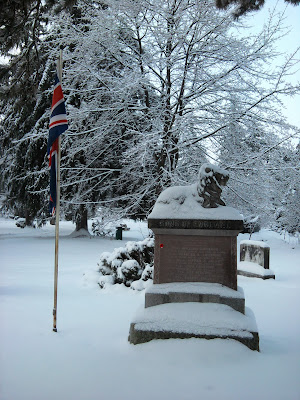