Wandering Into The Museum

The Royal Ontario Museum sprawls over several floors, with galleries containing various themes from around the world. The first gallery I went through contained a First Nations theme, with carved chests and artifacts on display. 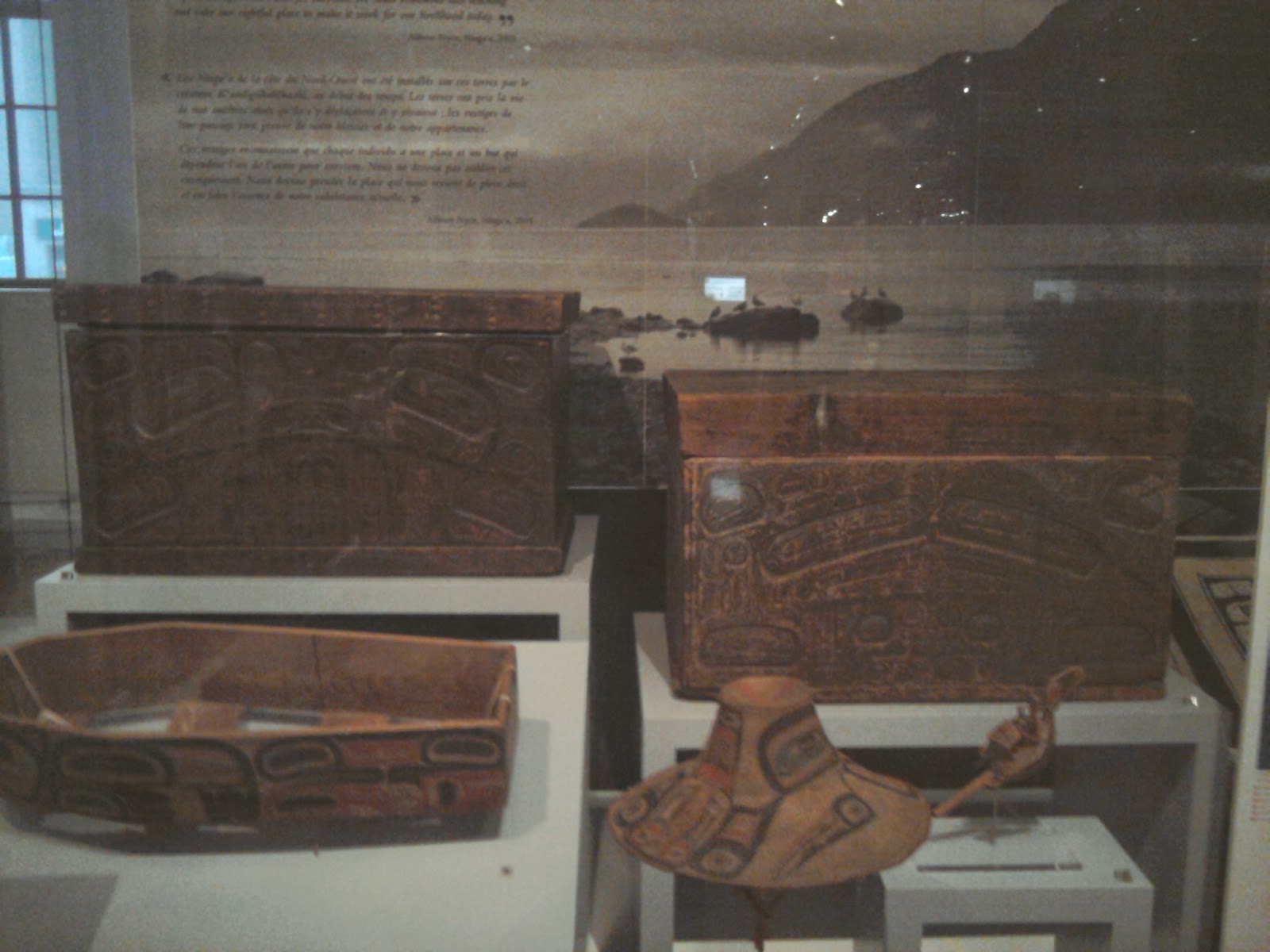 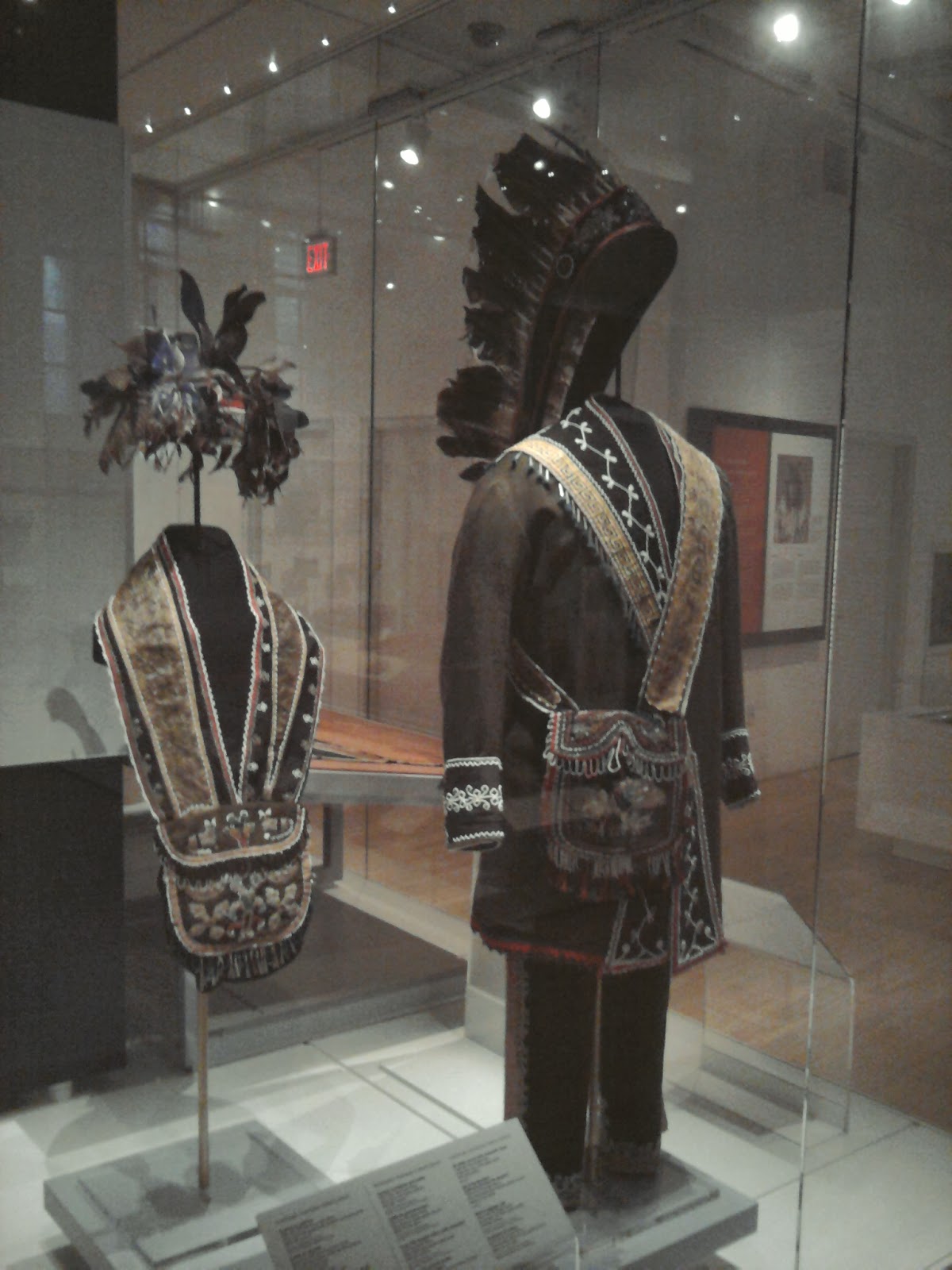 As a child, I was always awestruck by two massive totem poles in the museum. It's impossible to take a picture of one in full; these staircases wind around them, giving the visitor a look at the details as they ascend. Instead, combining the stairs and a section of the pole makes for a stark contrast in a photograph. 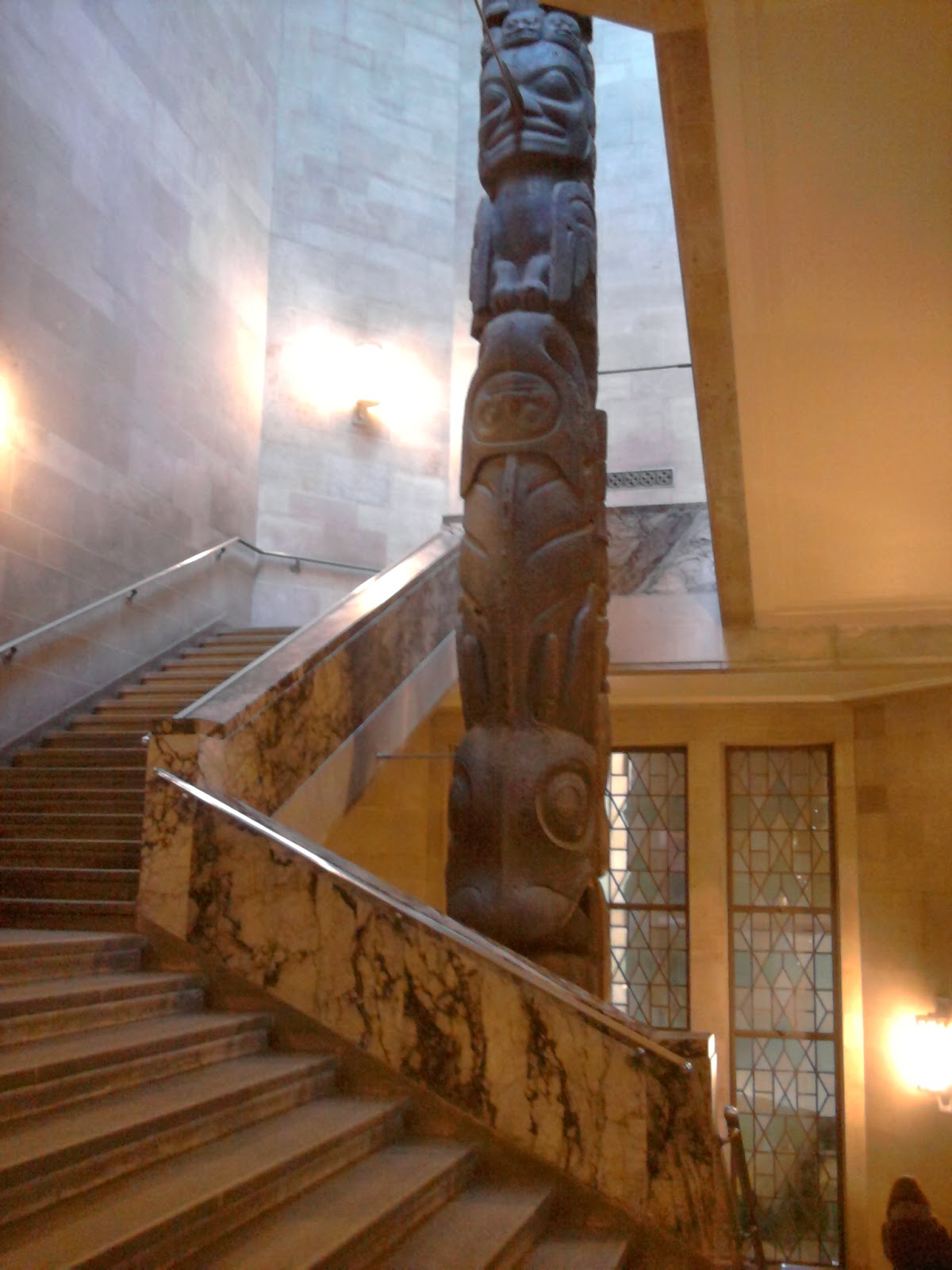 With the renovations, the entrance area has shifted away from where it was, and been reconfigured. Close to the totem poles, on a wall in that central hall, is this dinosaur skeletal display. There are plenty of fossils elsewhere in the museum, but this is a taste of what's to come for the visitor. 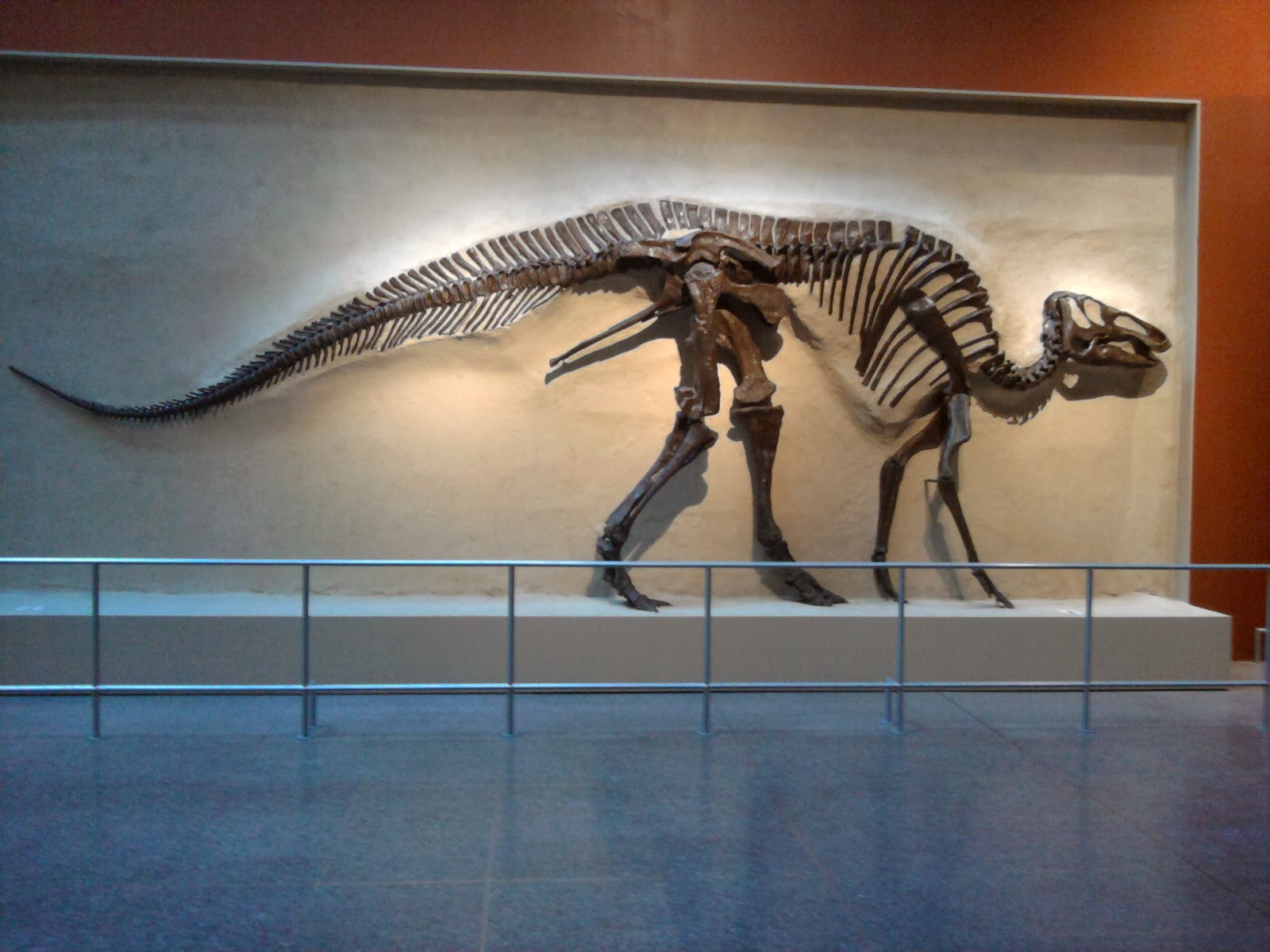 The rotunda is off this hall, and while I was there, there were four singers in Victorian garb singing Christmas carols. It seemed strangely fitting. This vase is in one of the alcoves in the rotunda. 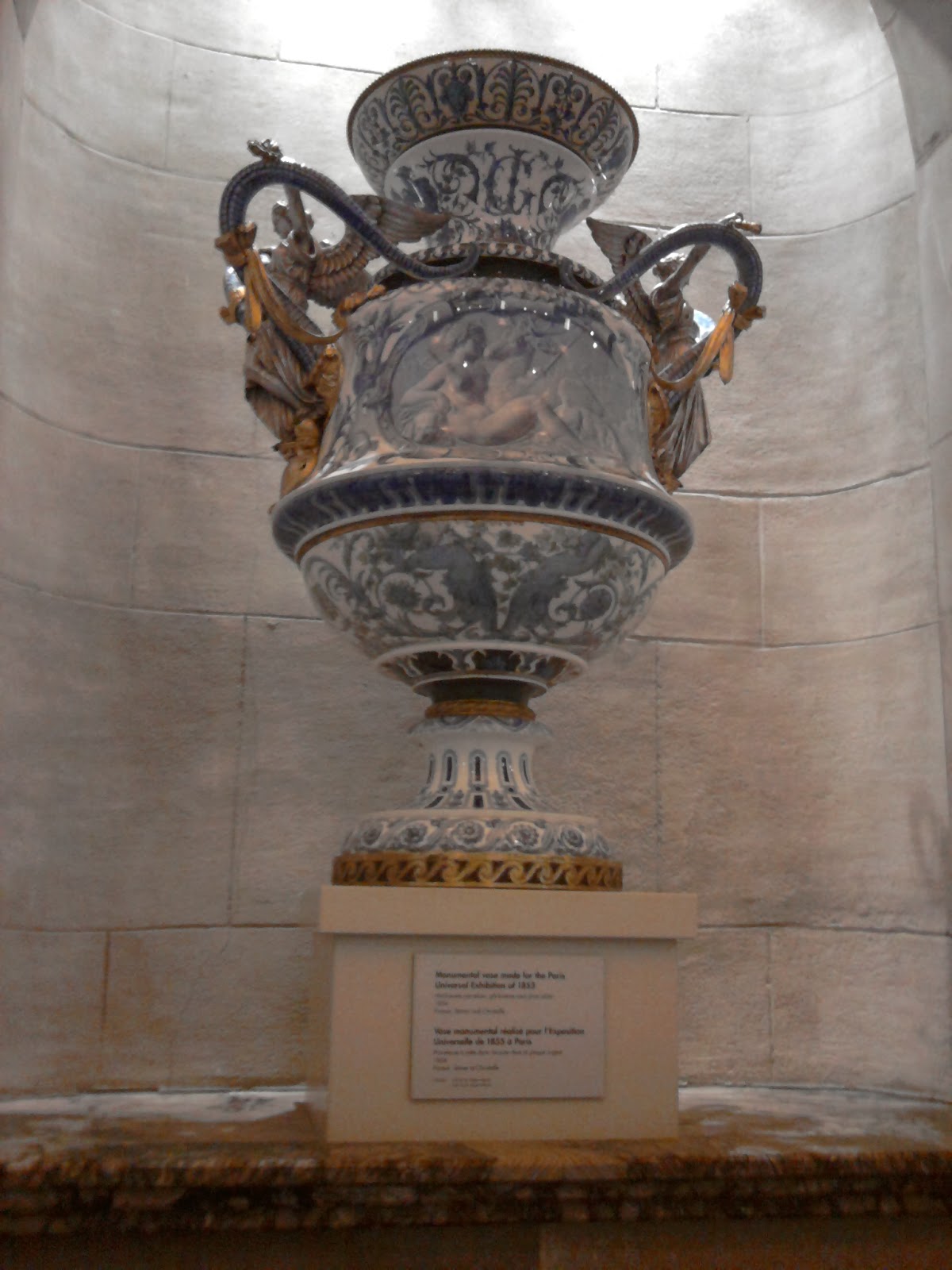 It always helps to look up in a museum. This is the ceiling of the rotunda. 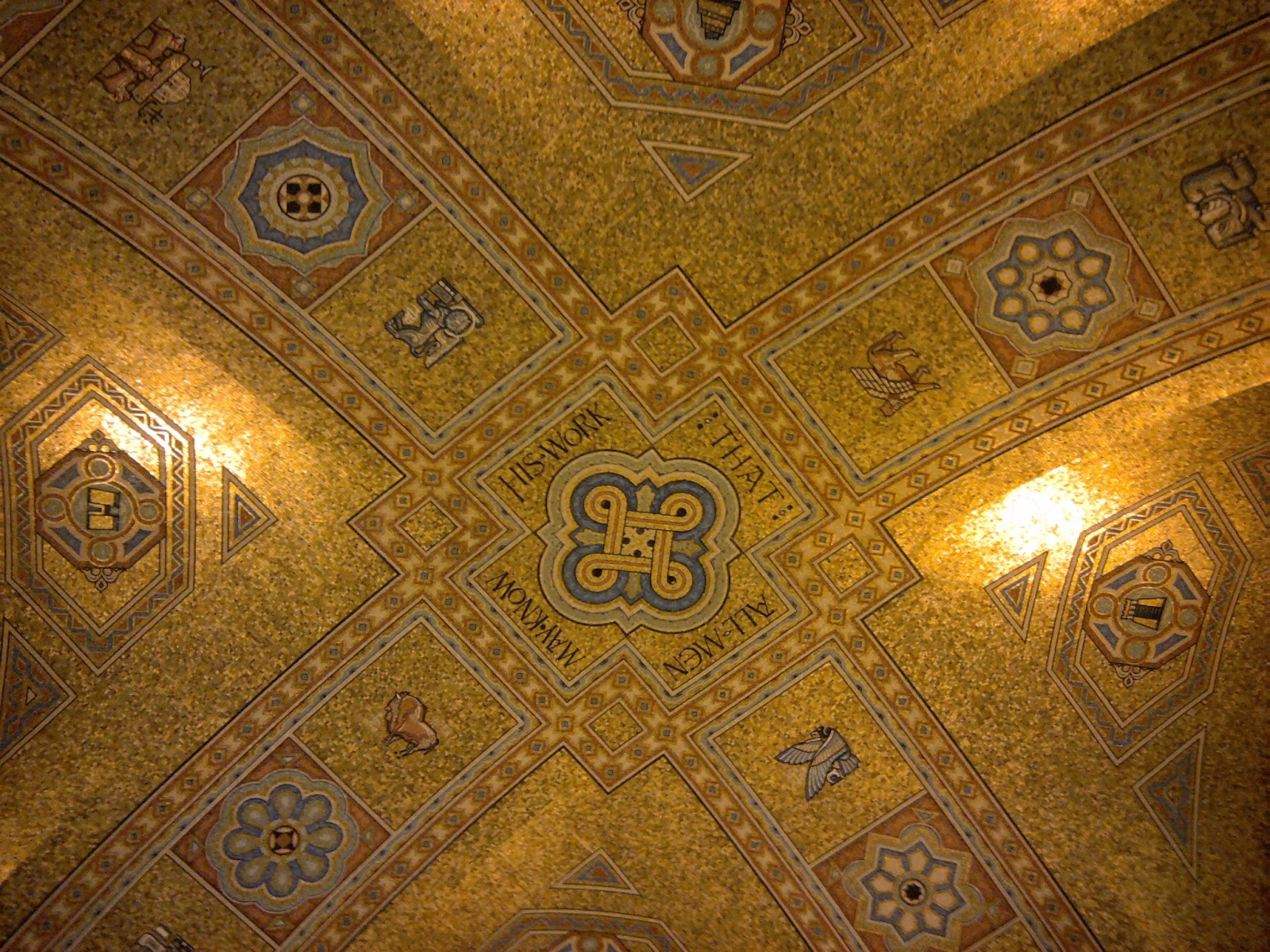