Here we have the traditional sculptures outside the Chateau Laurier as they looked in 2017. 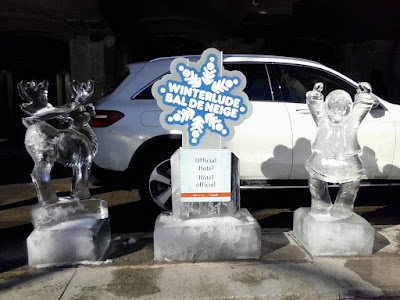 City Hall has a large skate rink outside suitable for skating after the Canal skate season comes to an end. During Winterlude one often sees skating demonstrations. These two were members of a local figure skating club. 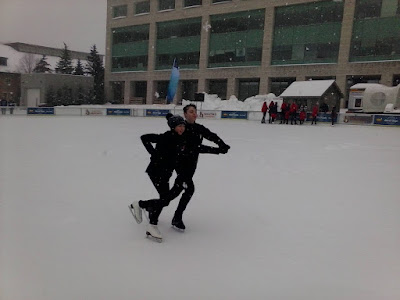 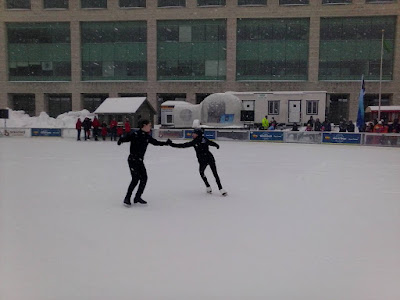 Down in the Glebe that year I stopped by Lansdowne Park again. One day during Winterlude the stadium field had been opened up to kids to make snowmen. Several days later with a snowfall obscuring some of them, the effect was that of a ghostly army of snowmen. 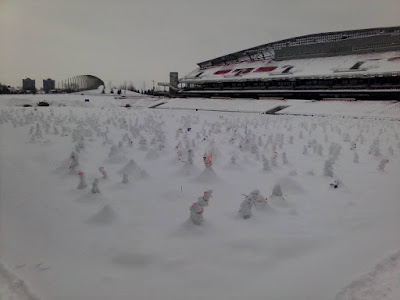 A sledding slope is on the other side of the stadium. 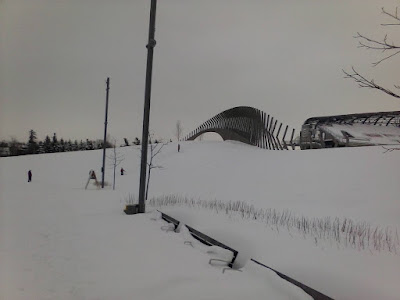 Returning to Confederation Park. 2017 was the centennial year of the Battle of Vimy Ridge in the First World War. A large ice sculpture was one of the ones erected in memory of that battle. It included an ice version of one of Walter Allward's statues at the Vimy Memorial. 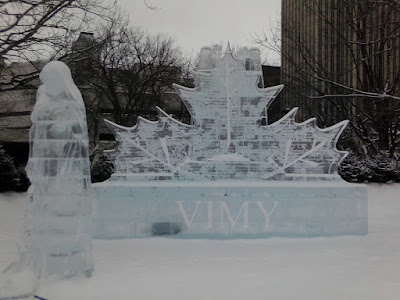 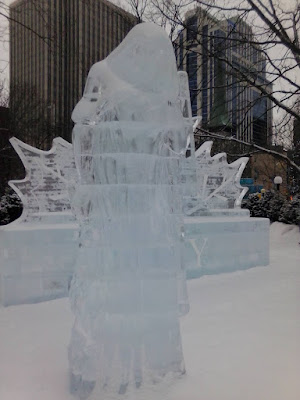 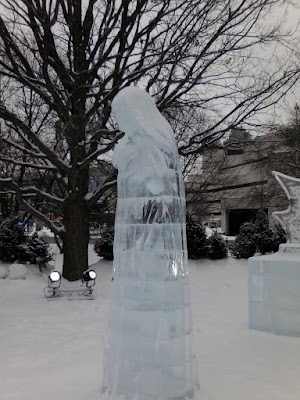 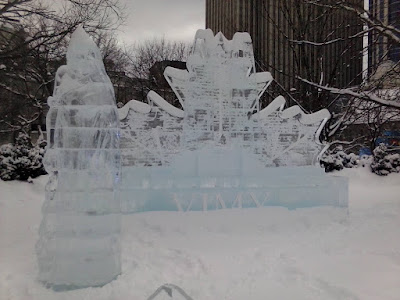 A view here includes that big bear, with snow clearing being done by leaf blower in the distance. 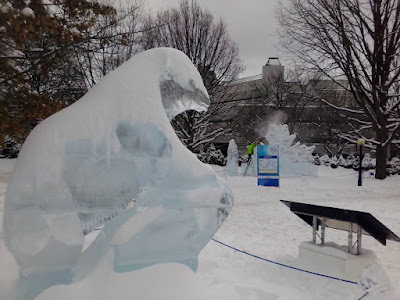 Here we have that large ice sculpture featuring a map of the country. 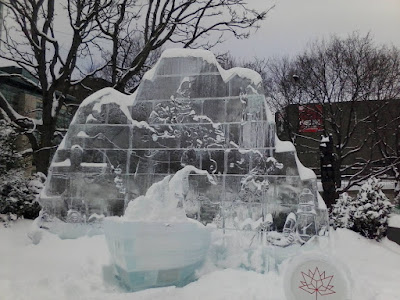 A stage was set up at the west end of the park. In the background is the Aboriginal Veterans Monument, with the Lord Elgin Hotel beyond. 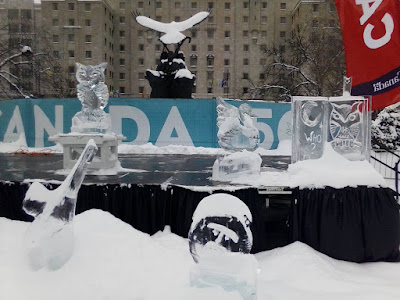