A few days ago, I was walking up towards Dow's Lake, on my way to Little Italy. It was a foggy, grey morning as I came up on the Bronson bridge, but it wasn't going to stay that way for much longer... 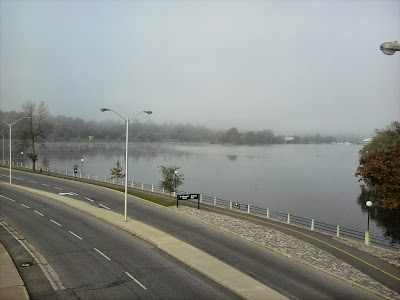 Taken with the zoom, this misty shot also features the H.M.C.S. Carleton's building at the right. I posted about it in my post on the nine pounder cannons back in September. 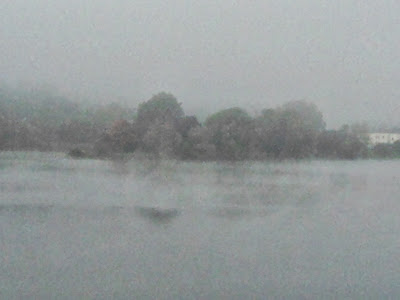 Within five minutes, however, I was off the bridge and on the bike path by the lake, and took this shot below. The mist was already lifting as the ducks swam past. I wondered what the lake might have been like an hour earlier. 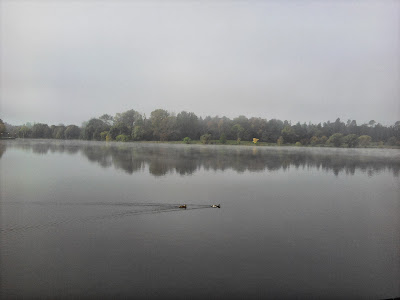 These two were taken in the same area, but not the same day. At the top of Dow's Lake, in Commissioner's Park, this statue stands, one of two. The other is in the Netherlands, and the pair marks the close bonds between Canada and the Netherlands, going back to the liberation by Canadian troops in the Second World War. 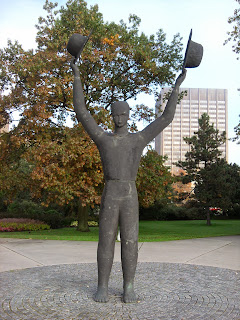 Off to the left, the tree is in full fall colours mode; it's often one of the first to do so in the fall. This particular park  is well travelled in the spring; our Tulip Festival has many of the most vibrant beds right here. 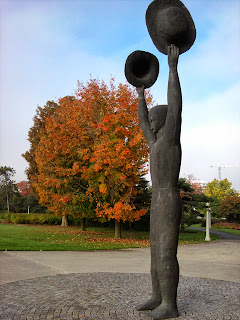