The Flame And The Tower

Earlier this month, late on a sunny Saturday afternoon, I went up to Parliament Hill, where a number of visitors were around the Centennial Flame. It was unveiled in our centennial year, 1967, by Prime Minister Lester Pearson (in my opinion, the best leader we ever had). The shields of the provinces and most of the territories- Nunavut was organized in 1999, so it's absent- encircle the flame, and water pours down the slopes into a fountain. On a cold day, the heat is quite welcome. 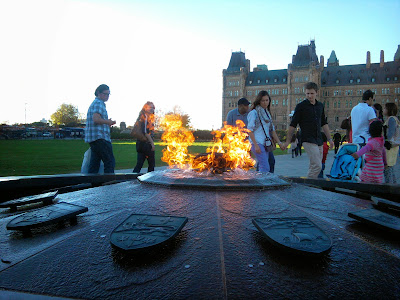 This was actually the first time I've photographed fire. Oddly, it's tricky! 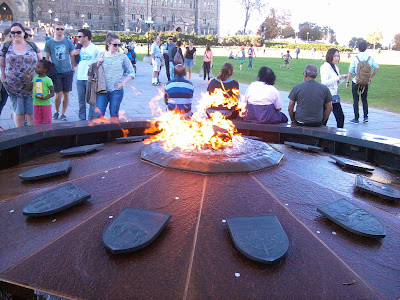 Beyond the Flame is the walkway up to the main entrance of the Centre Block, and the Peace Tower. This is the second version of the Centre Block; the first was destroyed by fire in 1916, with only the Library of Parliament behind it saved. 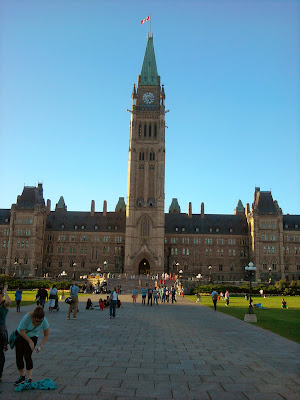