The Turning Of The Season

I've taken shots from the Bank Street bridge before, and will again. Here we're looking east, and on the south side we have fall colours mixed with the trees that are still green. The building beyond with the cupola was once a convent, and is now home to the Royal College for Physicians and Surgeons. 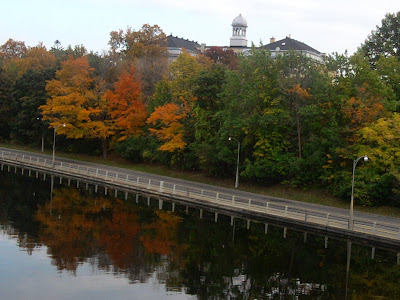 Down at Dow's Lake, more contrasts between fall colours and the green of trees that are late in turning. 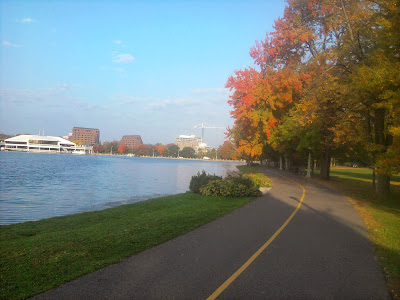 The tree below, you can just make out in the shot above: that flash of red at the top of the lake. The flowerbed before it will be filled with tulips come May. 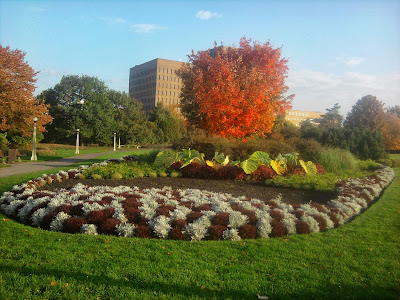 And though I don't know how it's done, at this time of year giant pumpkins are out on display. They often end up misshapen. This one was on display downtown at the Byward Market, and someone was wise enough to put a regular pumpkin beside it to compare size. According to the papers, this one was seven hundred pounds. 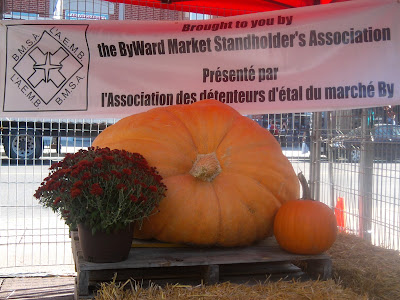 Posted by William Kendall at 12:52 AM