Monuments In The Park: Valour And Sacrifice

Confederation Park is a stretch of greenspace along the Canal in the heart of the city. It's a welcome place to walk through, and tends to be well used. In the summer, the jazz festival is one of the activities that calls this place home. In February, the ice sculptures of Winterlude are placed here. There are also a series of military monuments placed here, and for the first of three blogs, I thought I'd take the images in chronological order- of either the person or event in question.

This fountain once stood in Trafalgar Square, and was given to Canada. It was erected in honour of Colonel John By, the military engineer who designed and oversaw the building of  the Canal in the 1820s and 30s. For a time, the town that sprang up around it was known as Bytown, so he's considered the founder of the city. 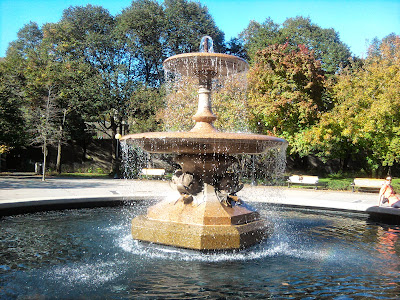 Below we have the oldest of the monuments in the park. This memorial was erected after the ending of the Boer War, or South African War as it's also called. More on this forgotten war can be found through the Canadian War Museum website. 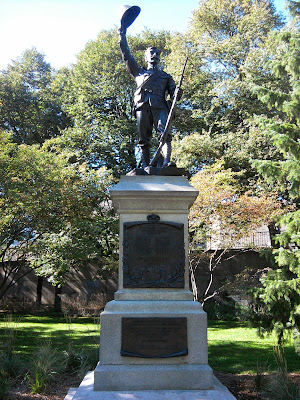 Finally we have this, a plaque in commemoration of the lives of Canadian pilots and flight crews who died in operations over Poland during the Second World War. The plaque originally hung elsewhere, as it dates back to 1964 (I suspect at a Polish-Canadian centre a few blocks away). Several years ago it was attached to this granite slab and rededicated here in the park. It's a fitting place for it. 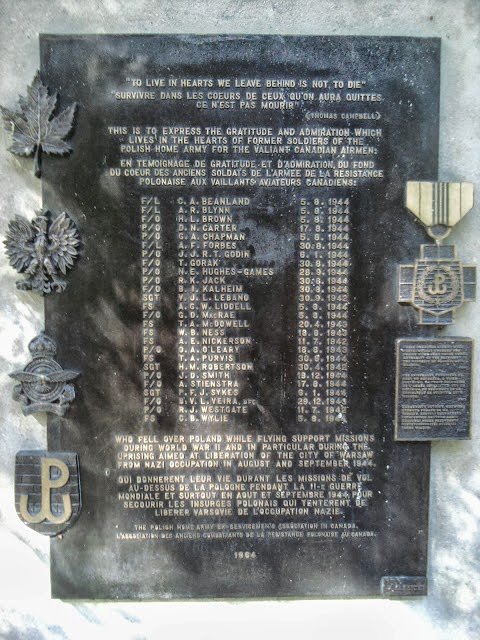