The Brave And The Bold

On the north lawn at Ottawa City Hall stands a memorial for local firefighters, erected in recent years. Two firefighters, one carrying a rescued child, the other manning a hose, are locked in a position of readiness. 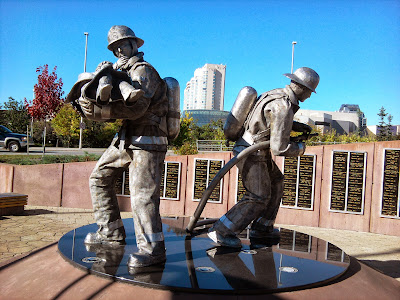 Around them, the walls on one side list donors who helped make the memorial possible. On the other side, there are panels of fallen firefighters through the history of the city, both those killed in the line of duty or who died of illnesses directly linked to the job. There's room for more, because it's a profession that demands a steep price from those who join it.

This is actually one of two firefighter monuments in the city. The other is down near the Canadian War Museum, and that one is also new. It's the national memorial. 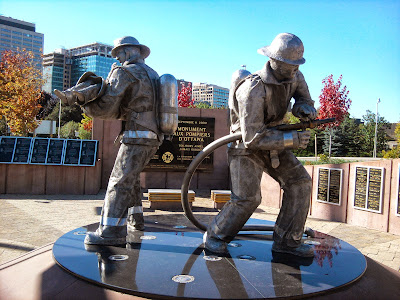 One day I was donating blood in the main atrium in City Hall, and I looked out the windows onto a courtyard on the east side. There before me was a sculpture of a lion sitting out in the courtyard, alongside a steel beam sculpture before it (no, I've never figured out why the two are together). The lion is hollow, light on one side and dark on the other, so it's two different kinds of steel making up a single lion. I took to thinking of it as the Ghost And The Darkness. 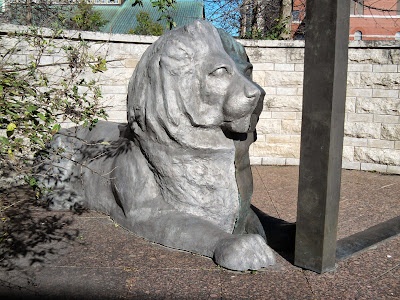 Those of you who have seen the Val Kilmer and Michael Douglas film will know what I'm talking about. Those who haven't, go watch it. 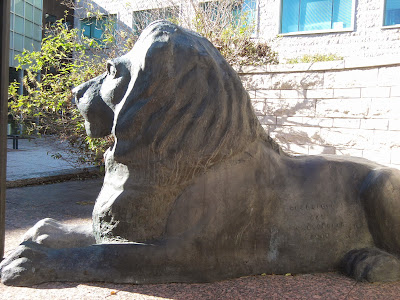