Today I finish up my tour at the Canadian Museum of History, starting with two more of the large photographs lining the way out from the third of the galleries in the Canadian History Hall. 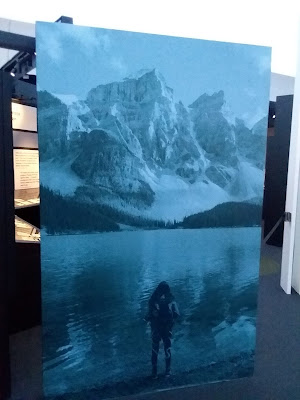 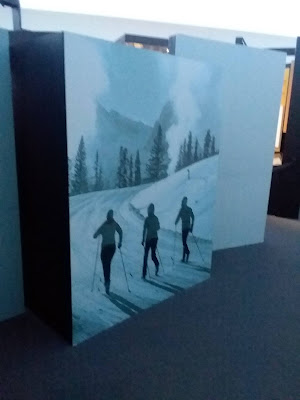 Departing from the Hall, one goes down the corridor leading past more of the imagery that is a mix of mirror with white overlay to create the image. This first one is of the Louis Riel Monument in Winnipeg, Manitoba. 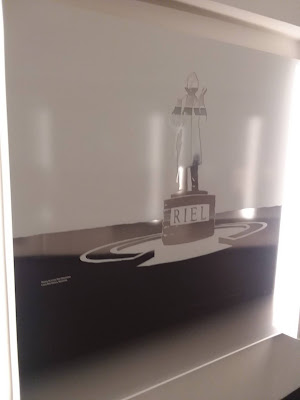 This is the polar bear shaped license plate of the Northwest Territories. 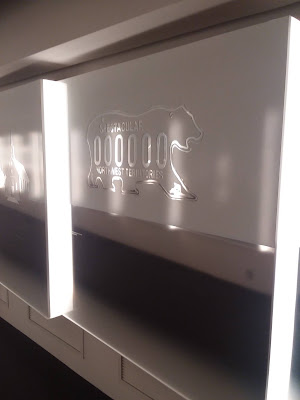 A statue of the greatest hockey player to ever play the game, Wayne Gretsky, can be found in Edmonton, Alberta, where his best years were played with the Oilers. 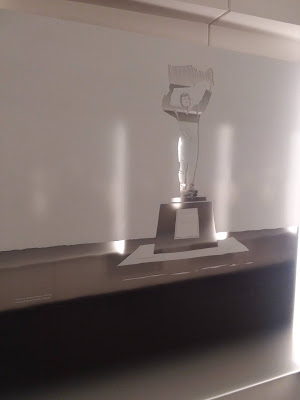 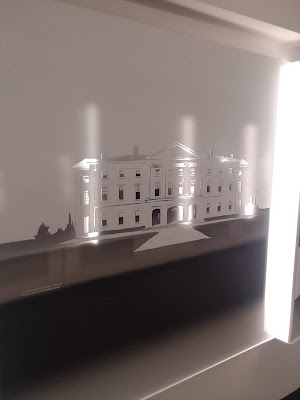 Cape Spear, Newfoundland and Labrador, is the furthest eastern point in Canada. 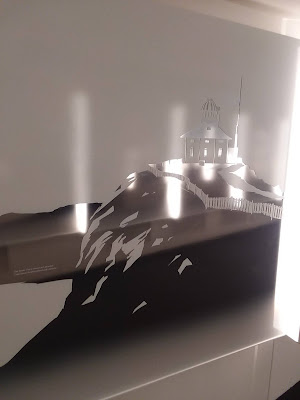 The Hartland Covered Bridge in New Brunswick is the world's longest covered bridge at 391 metres in length. 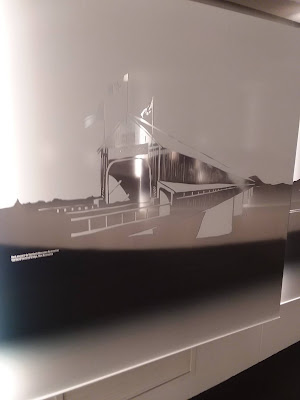 The McAdam Railway Station is found in New Brunswick. 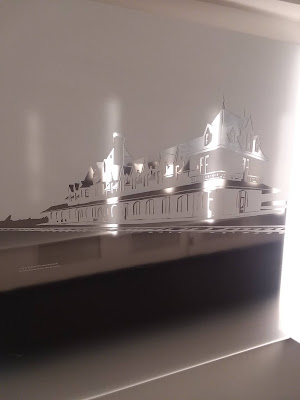 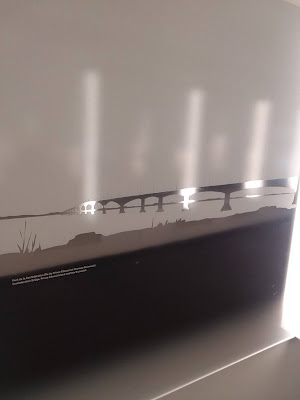 And lastly, this is the Canadian National Vimy Memorial in France, site of the Battle of Vimy Ridge. Sacred ground for Canadians. I hope you have enjoyed this tour of the Museum. 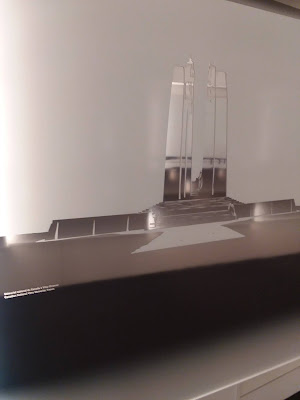