The First Steps Of The New Country

Coming around the corner from where I left off yesterday, here is the view. 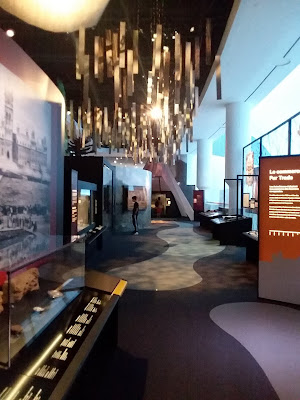 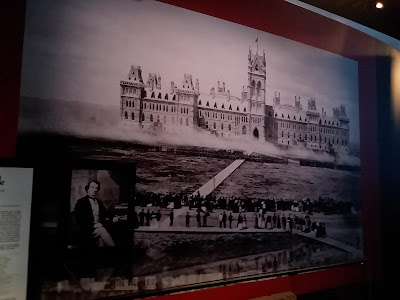 Pieces of that building are on display. 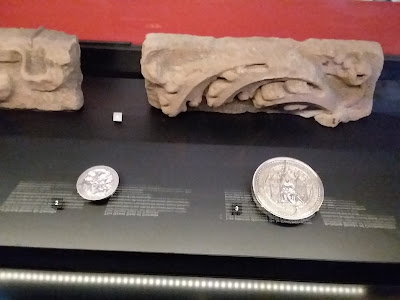 A large photograph is mounted on a wall showing how the first Dominion Day, as it was called for a long time, was marked in the town of Kingston, Ontario. 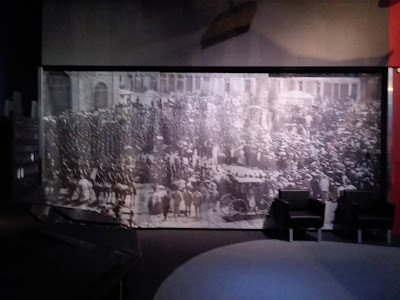 But the question of the indigenous peoples of the land would preoccupy much of the latter part of the century. 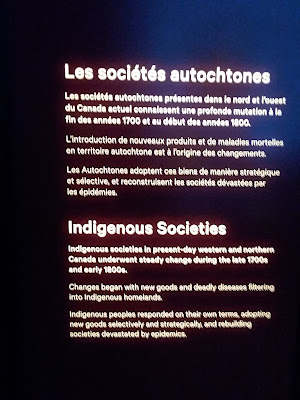 Artifacts here include knives and sheath, a hide scraper, and a harpoon head. 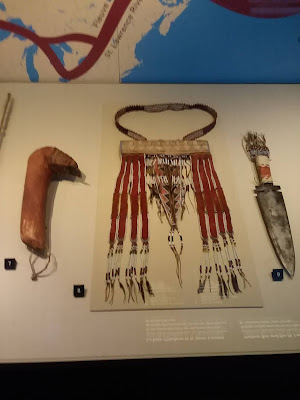 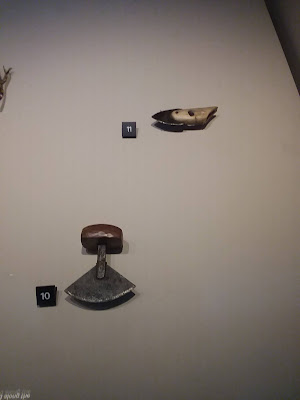 Another artifact is given a prominent place. The Blackfoot tribe straddled both sides of the border. This is an elk skin inscribed by a tribe member with images in a spiral going out, each image depicting an important moment of a year. These elk skins were called a winter count. 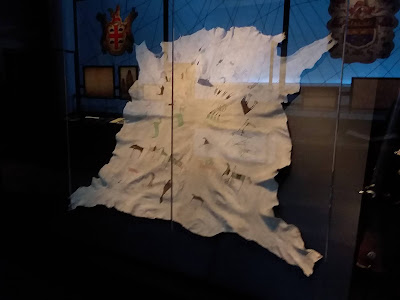 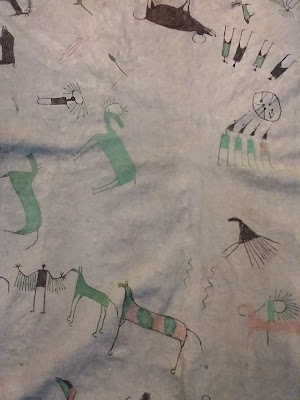 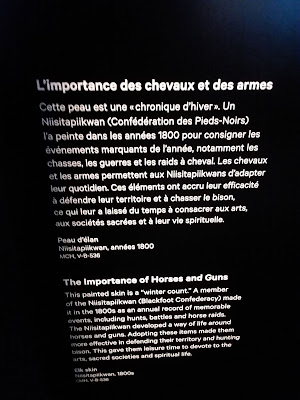 Close by are other artifacts, including a rifle and saddle. Horses, which gradually made their way into indigenous societies during the days of the Spanish far to the south, would change the tribes forever. 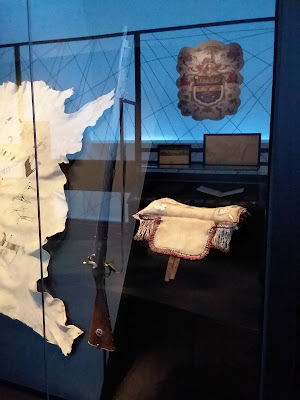