Today we start with some of the enlistment posters of the First World War in Canada. 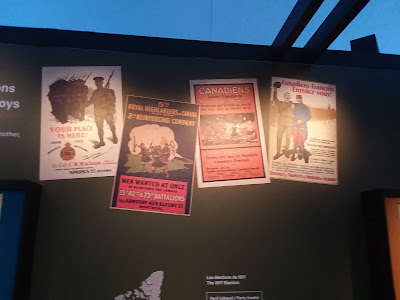 As was the case elsewhere, in Canada, suspicions were cast on those non-naturalized residents who had come from enemy countries. Some of those people were merely carefully watched. Others were detained in camps across the country, many of them being Ukrainian, as that land was subject to the Austro-Hungarian empire. Here is a photograph of detainees. 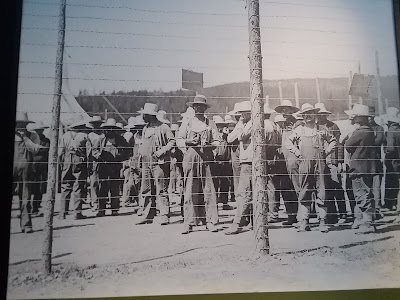 Life in camp, seen in some artifacts: the violin was made by a detainee in a Manitoba camp. A barbed wire cross was found by an archaeologist at the site of a BC camp. And the shovel was made by an detainee as part of an escape plan from that same BC camp. 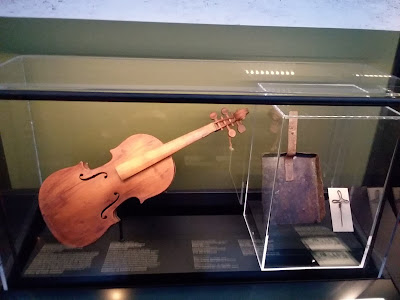 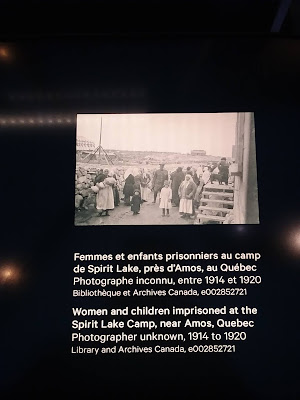 The war would change the country's sense of itself, with a large part of the population at the time committed to the war, many serving, and many of them dead or wounded in its aftermath. One of the legacies of that war is remembrance; the 11th of November, the day the war ended, remains a day to commemorate the fallen of war, in Canada and elsewhere. Canadian soldier and poet John McCrae, who would not survive to see the end, composed the poem In Flanders Fields, known across the world to this day. 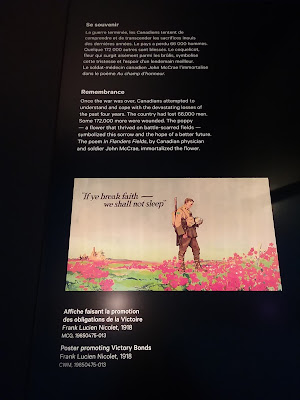 Conservative Prime Minister Robert Borden would see the country through the war and push for a place for his nation during the peace negotiations. This striking painting is here. 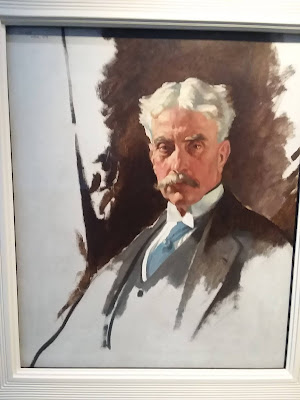 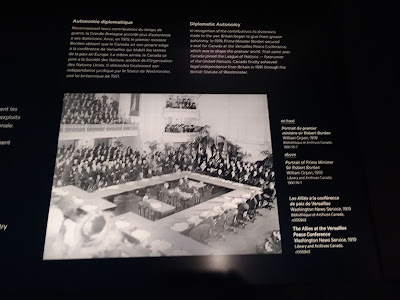 In the years following the war, however, the Great Depression would come out of the stock market crash of 1929. Canada was hard hit by it. 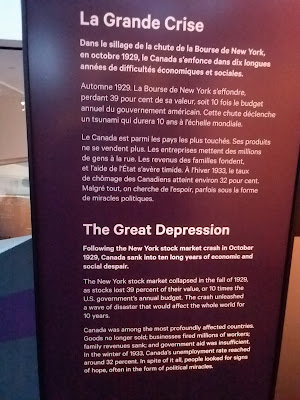 People made do with what they could. This is a quilt made of flour sacks. 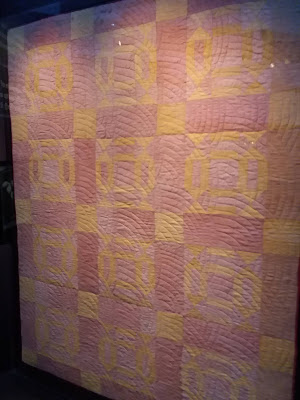 The Depression would see some fringe parties rise in (relative) popularity, even if that really didn't lead anywhere in elections. Such as the Communist Party of Canada. 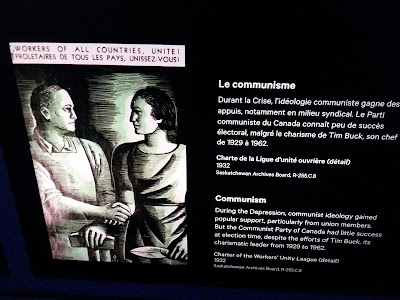 Richard Bedford Bennett was the Conservative Prime Minister from 1930-1935, in between terms by the Liberal PM William Lyon Mackenzie King. To combat the Depression he enacted policies very much like that of Roosevelt in the United States. 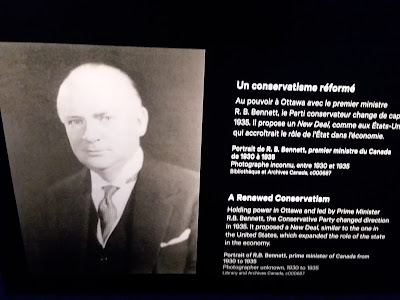