Continuing on where we left off yesterday, this is a photograph and panel of the Peacekeeping Monument, which lies in the downtown, across from the National Gallery and Notre Dame. 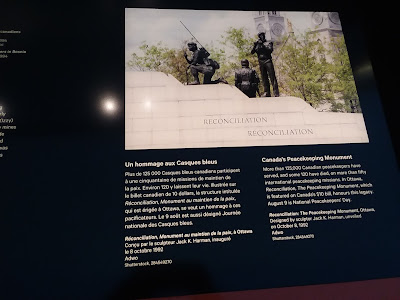 The struggle against apartheid in South Africa was undertaken by Canadian governments in succession. Some of that is explored here. 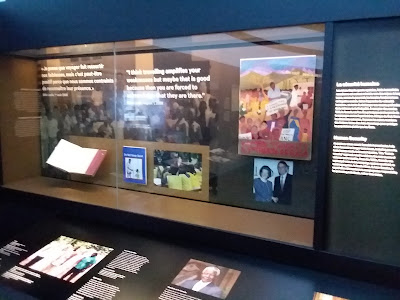 The government under John Diefenbaker, seen here among other Commonwealth leaders with the Queen, opposed South Africa's continued presence in the Commonwealth because of the apartheid policy. This carried on through the Mulroney government of the 1980s and early 1990s, which stood strongly for sanctions (even if it wasn't the way being advocated by Reagan and Thatcher) against South Africa, until apartheid was finally abandoned. 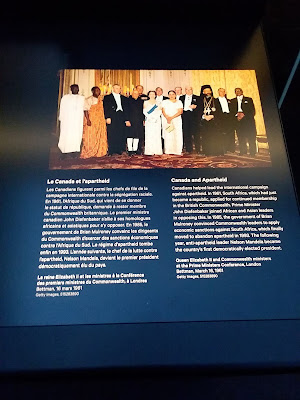 Nelson Mandela never forgot Canada's opposition to apartheid, and he was made an honourary citizen of the country in a ceremony held in the Museum's Grand Hall. 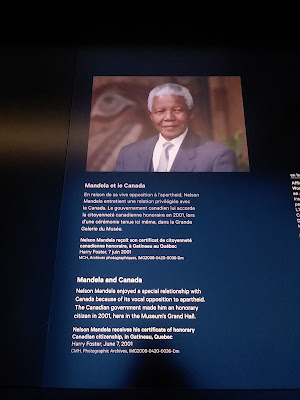 This is the robe of a prosecutor in the war crimes tribunals that followed the Yugoslavian wars. Canadian judge Louise Arbour was the chief prosecutor against war crimes in the Hague. 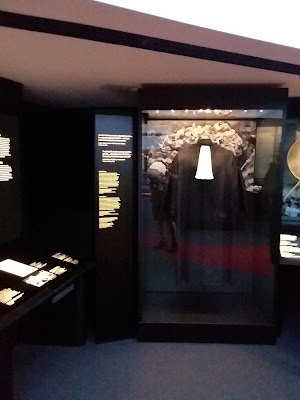 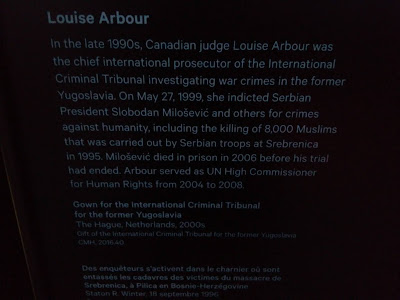 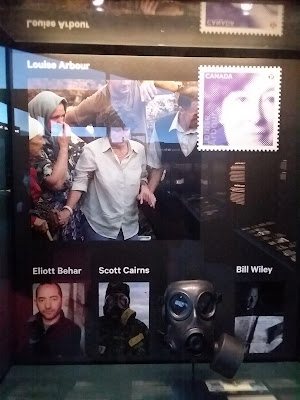 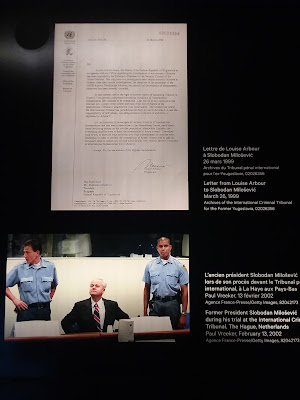 Two last images from this area. A smiling Mountie says it all. 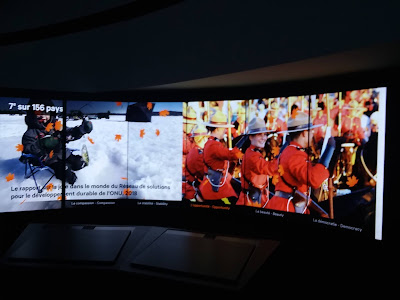 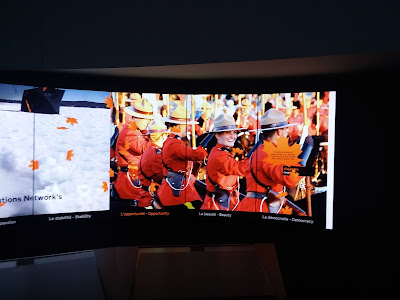