Picking up where I left off yesterday, this view looks down into the first of the three galleries. The unusual sculpture at centre is a family tree, with each line reflecting the descendants of a woman who came to New France as a Daughter of the King. 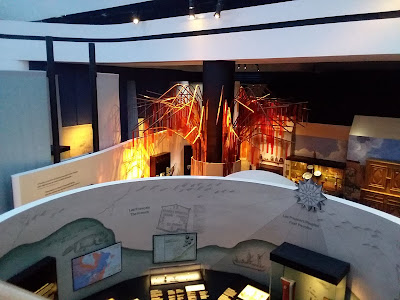 Victory in Europe, seen in the smiles of a man and woman active in the service. It would be followed by victory in Japan. The Second World War had a huge influence in the development and progress of the country, and the years that followed would see much more change. 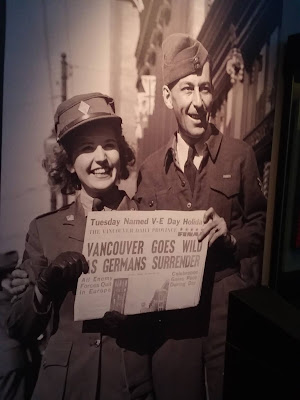 In 1949, Newfoundland came into the country, having had been a separate dominion. Its premier, Joey Smallwood, has been deemed the last Father of Confederation. 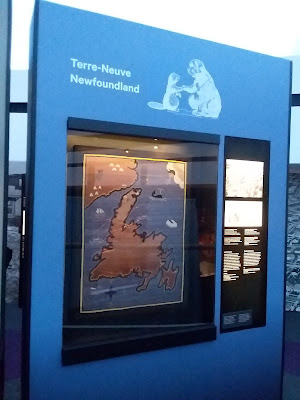 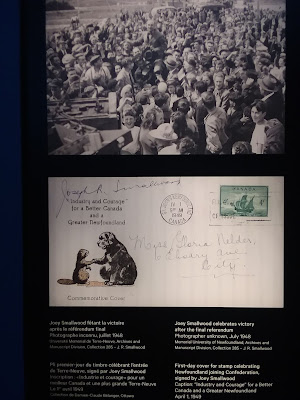 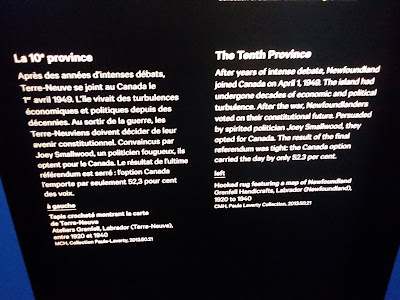 A highly influential politician, widely admired in Canadian history, is Tommy Douglas. Leader of the Co-Operative Commonwealth Federation (today the NDP), premier of Saskatchewan from 1944-1961, and federal party leader, he established publicly funded health care in his province which would be reflected by federal health care under Pearson. A campaign sign and one of his signature hats are displayed here alongside a photograph of the man. 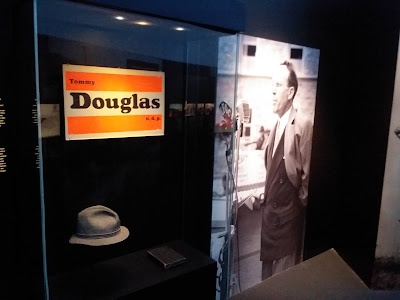 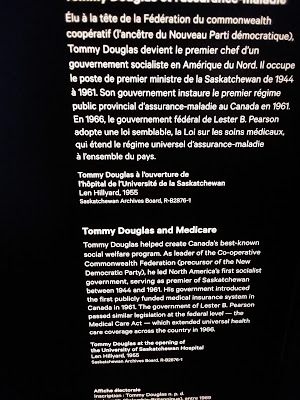 One of the debates that rose up in the 1950s and into the 1960s was the concept of a new flag for the country. Should the nation stay with the familiar Red Ensign flag or choose something new in and of itself. There would be many different designs considered. 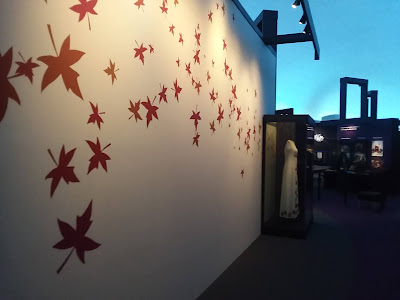 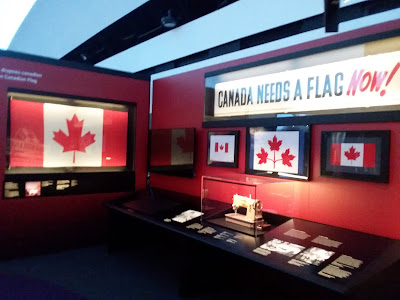 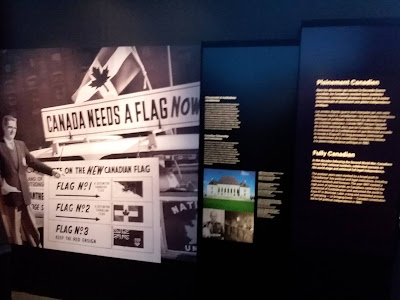 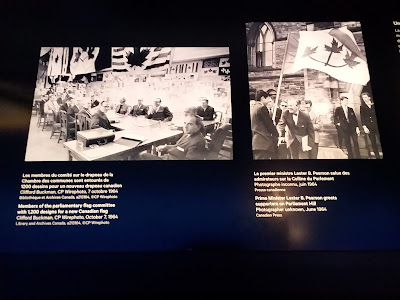