We start today with a series of record covers by Quebec musicians of the period of the Quiet Revolution. 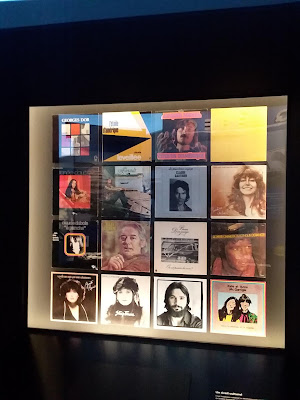 In 1967, Charles de Gaulle, the self proclaimed war hero of France who had weaseled his way into leading France years later, came to Canada on tour. He came to Montreal, gave a speech at the city hall to the crowds outside, and shouted "Vive le Quebec Libre". It fed the mood of separatists, outraged the country as a whole, and pretty much fed into his rampant ego. Arguably the biggest ego ever to stride the planet, and all based on a house of cards. Can you tell I'm not a fan of Charles Bloody de Gaulle?
In short, the man was an asshole. 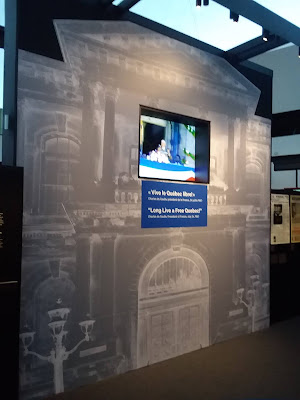 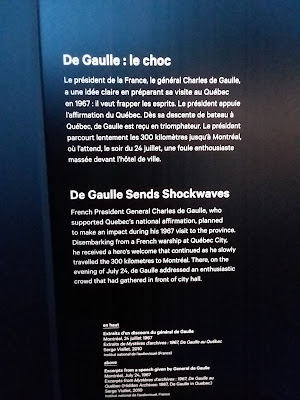 Over the course of several years during this period, the Front de liberation du Quebec (FLQ) operated a terror campaign of bombings, going beyond political activism into violence for Quebec sovereignty. 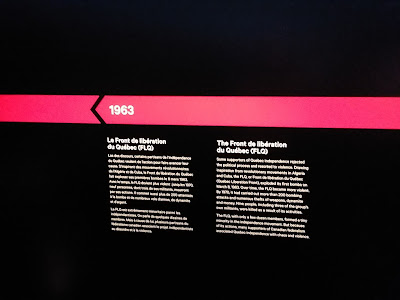 Here we have police protective gear and equipment typical of a bomb squad of the period. 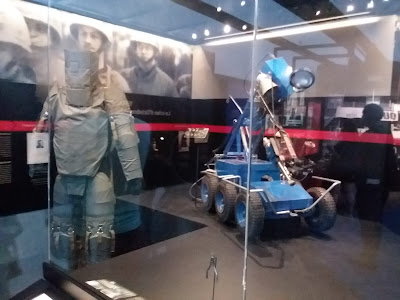 The October Crisis of 1970 erupted when the FLQ kidnapped James Cross, a British diplomat, and Pierre Laporte, a Quebec cabinet minister. Pierre Trudeau invoked the War Measures Act in response; Cross was released but Laporte was killed before the crisis was brought to an end. 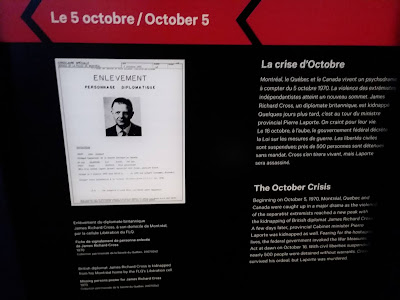 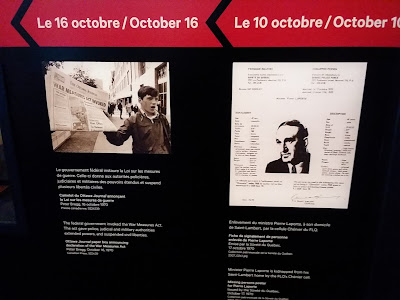 An editorial cartoon of two eternal adversaries. The Parti Quebecois premier Rene Levesque is at left. Prime Minister Trudeau, in Mountie attire, is at right. 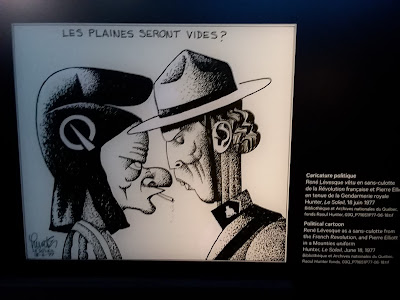 The two men would be at their most acrimonious during the first Quebec separation referendum. Levesque would fail in his endeavor to break Quebec out of Canada. Video of both men speaking from that time are found here. 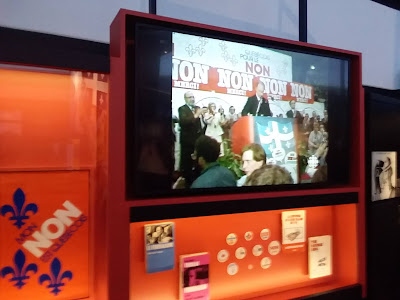 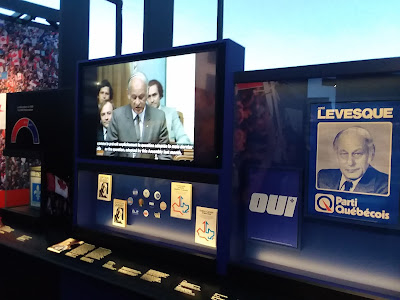