The path up to the last of the three galleries of the Canadian History Hall winds up a long ramp around the central hall. A physical map of the country is laid out on the floor. 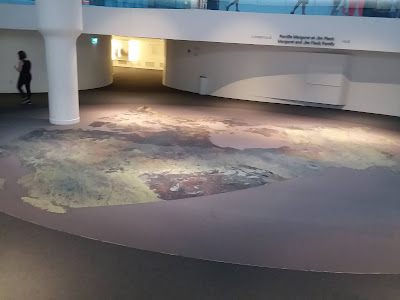 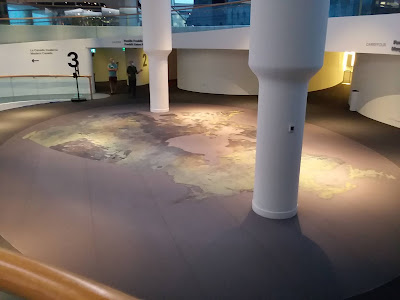 A stamp of Canada in the heart of the British empire from the close of the 19th century is found here, greatly enlarged. 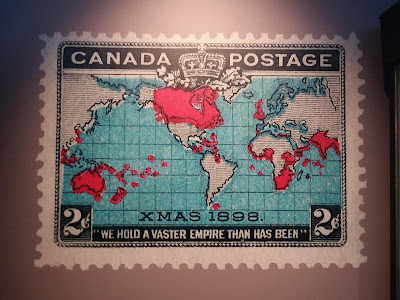 With an image of Queen Victoria in the background, a bust of Wilfred Laurier, the Liberal Prime Minister from 1896-1911 is placed. 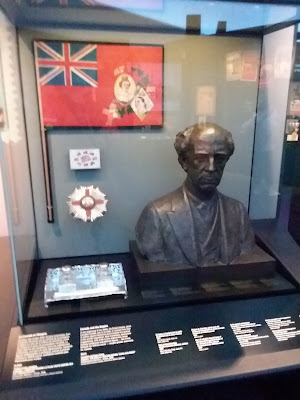 As part of the British empire, Canada was automatically committed to war when the First World War broke out. 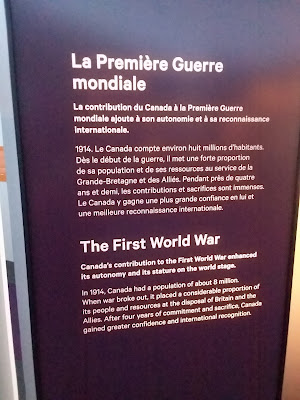 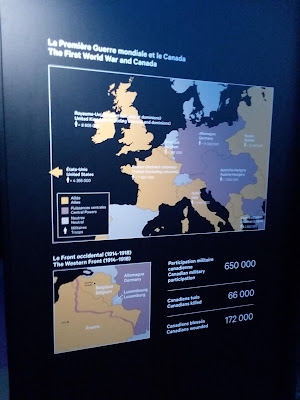 Haunted eyes: Canadian soldiers of the era look back at us through time. 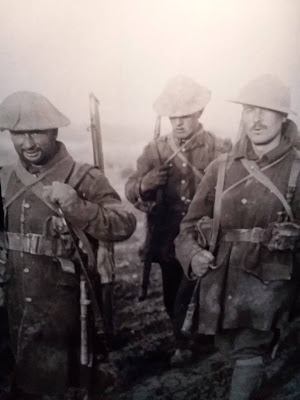 A Lee-Enfeld rifle is displayed beside the uniform jacket of Sergeant Alexander Reid, a Canadian soldier decorated on multiple occasions for his actions and courage under fire. 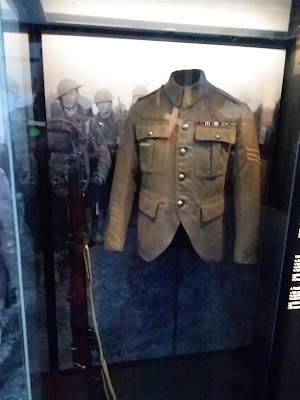 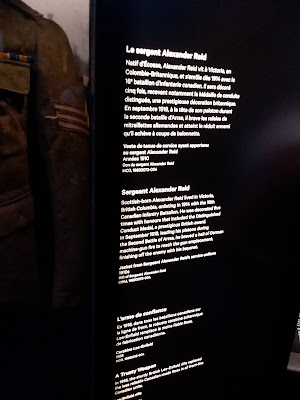 I leave off today with a different kind of photograph of soldiers. These are Canadian troops in a celebratory mood, and for good reason. The photo was taken after their victory at the Battle of Vimy Ridge, where they did the impossible and defeated the Germans who had held onto that place against multiple previous attacks by Allied forces. 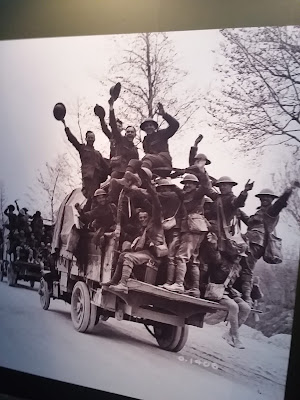