At the heart of this space is ceremonial powow clothing owned by Amanda Larocque, a Mi'kmak powow dancer. 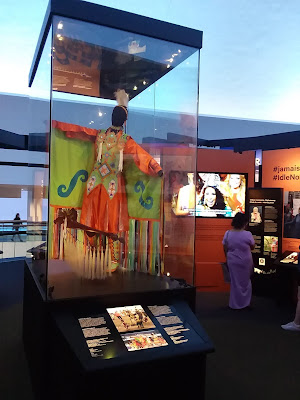 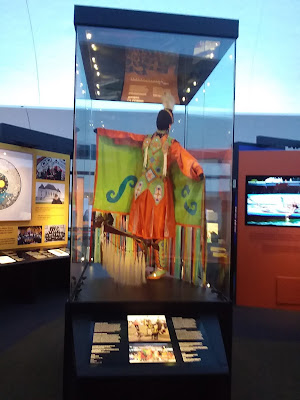 Other forms of expression, artistic and otherwise, from Indigenous peoples, are displayed nearby. 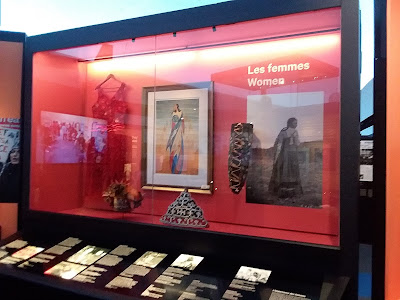 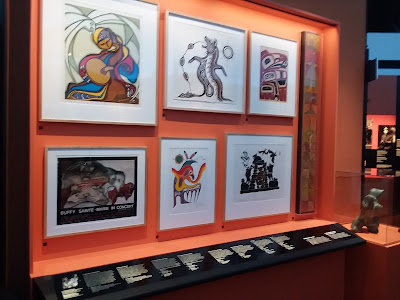 Another look at that dress. 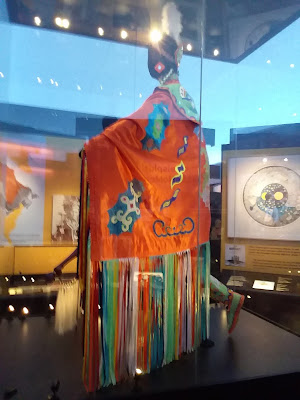 Departing this area, I took this shot. This evokes the Oka Crisis of 1990, a tense stand off between Mohawk protesters, police, and the army. 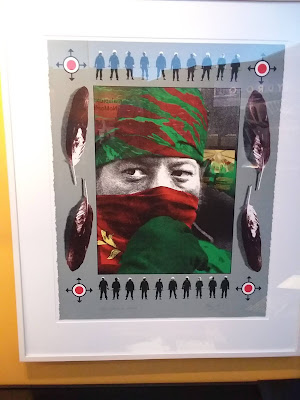 The next thematic area is about Quebec and the Francophone community in the country. It starts with a large photograph and displays of Hydro-Quebec infrastructure. 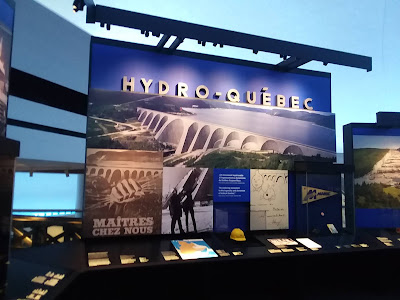 Nearby are displayed a hockey jersey and stick belonging to one of the greatest to ever play the game, a hero to Quebecers for ages: Maurice "Rocket" Richard of the Montreal Canadiens. 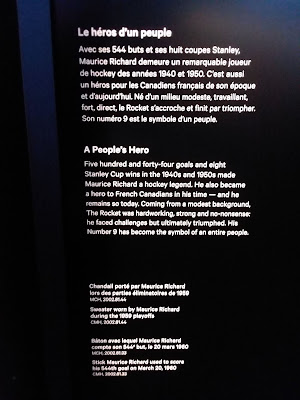 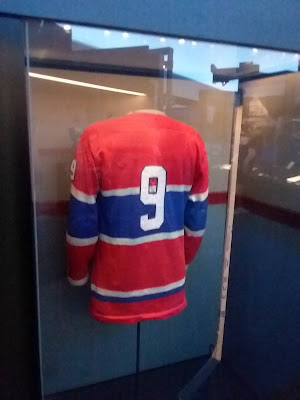 Less well known to the world at large, but highly influential in terms of Quebec was Premier Maurice Duplessis, called the Chief. He led the province for 18 years until his death in 1959, known for social conservatism and economic progress. His supporters adored him, but his views on civil liberties made him despised by his detractors. 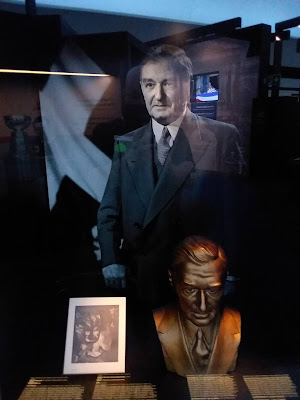 The Quiet Revolution followed in the wake of Duplessis' death. It was a time of great social change in Quebec and the adoption of new ways of thinking. 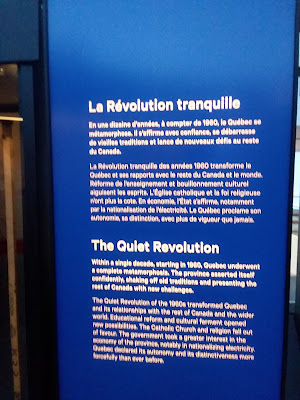