Champlain In Shadow And Light

Closing out our series on Nuit Blanche, it makes sense to return to where we started. After wandering through art galleries and places open much later than usual, we returned to Nepean Point, where the Champlain Monument was lit up. Music played over loud speakers, and in fact the lighting itself was programmed with the music itself in mind. Shades of white, red, blue, and more flashed and scrolled over the monument, the lights atop the scaffolding and around the hill focusing both on the statue of the explorer and the immediate vicinity. 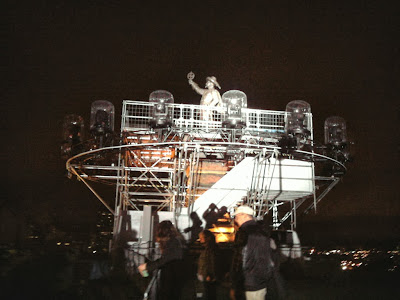 I took multiple shots, hoping for the best, from several locations around the hill. There were others around at the time, and the volunteers on the scene mentioned to us that the place had been busy throughout the evening. 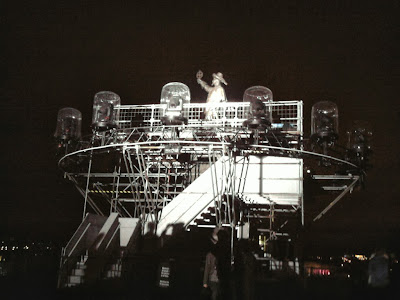 Down below, there was in fact a microphone set up. While the music played, anyone could step up and sing whatever they liked. The lights particularly were at their strongest when anyone would sing. 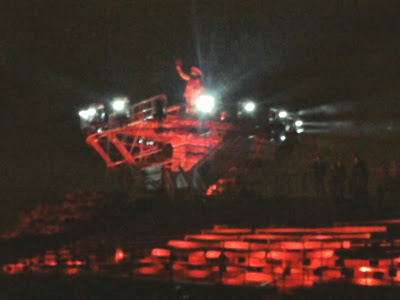 We ended up singing a few bars of a drinking song. The Newfoundland band Great Big Sea is particularly good in that department (shameless plug: go check out their music on Youtube. You'll love it).

No, I did not record my voice singing. I do not have a good singing voice. 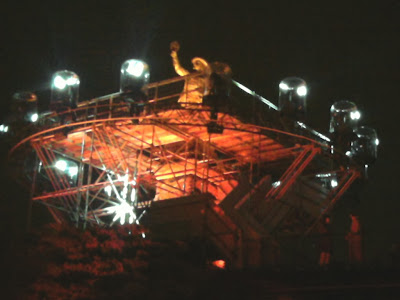