The last portion of this gallery in the Canadian History Hall explores a number of themes. The first of them is that of First Peoples. Where before Confederation, indigenous peoples had worked with British officials through negotiation, afterwards the policy became that of assimilation- wanted or not. This has led to difficulties we are still coming to terms with today. 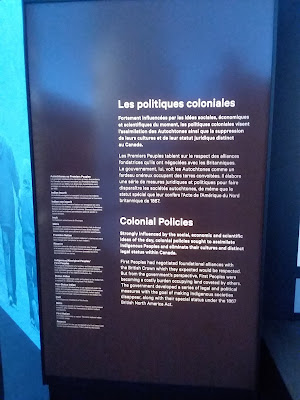 The objective, in line with thinking of the day, was to absorb native peoples into the larger culture. The primary tool would be residential schools. 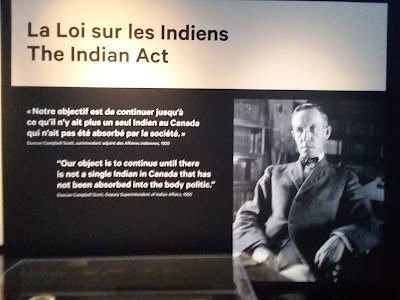 Even early on, the schools had critics in white society. The quote by a missionary involved in the program speaks volumes. 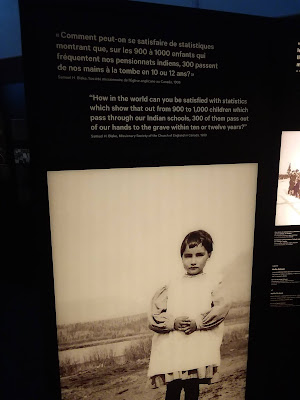 Doctor Peter Bryce, Chief Medical Officer for Indian Affairs, had his own objections and criticisms. All were ignored. 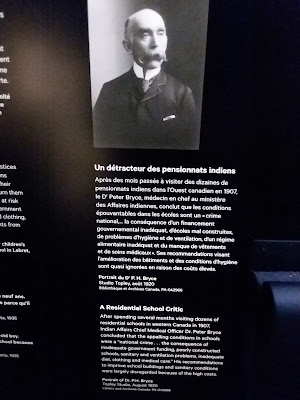 Over the course of a century plus, the damage was done. The last of the residential schools was closed in the 1990s. The lasting damage still resonates today; the discoveries this past year of graves on the properties of those former schools testifies to that. The Truth And Reconciliation Commission operated from 2009- 2015, headed by Murray Sinclair, himself of Indigenous heritage, a forum that made recommendations and provided a forum for survivors of the schools and other programs to tell their stories. Some of those survivors speak in archival footage from the commission, or directly to the camera, on a video display here. 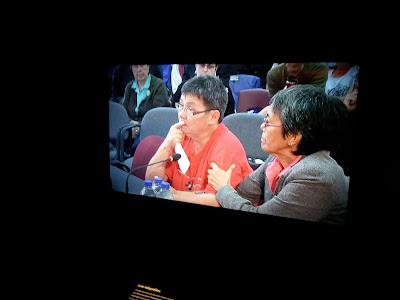 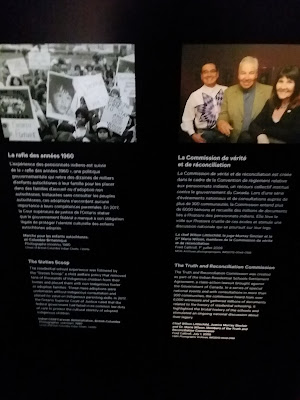 This is one of two matching stained glass windows, with the other at Centre Block on Parliament Hill, presumably removed at present with the work going on at the building. Giniigganiimenaaning (Looking Ahead) is a 2013 stained glass by Metis artist Christi Belcourt. 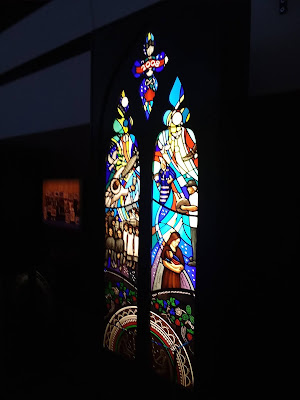 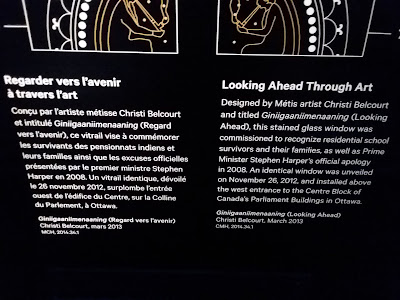 A quote by Murray Sinclair speaks to what must be done. 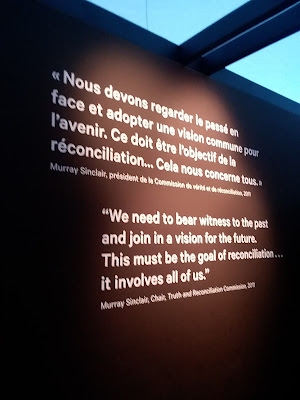 This ceremonial headdress belongs to Phil Fontaine, former national chief of the Assembly of First Nations, on loan to the Museum. 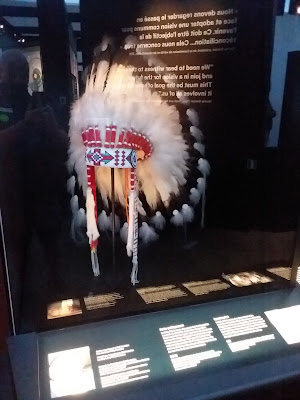 The Assembly has its roots going back to the 1940s, with post-war governmental policies shifting towards negotiation and decolonization, combined with grassroots activism among indigenous peoples leading to its foundation. 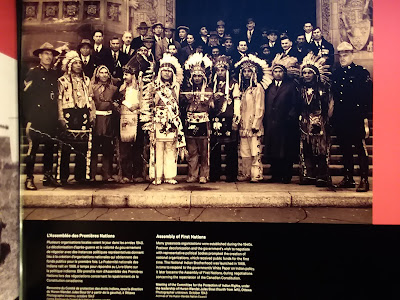