Rise Of A New Century 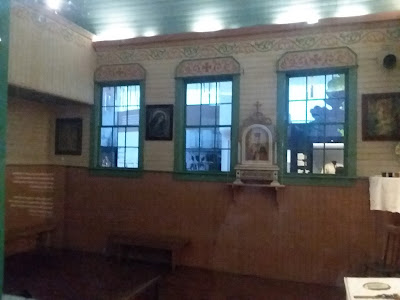 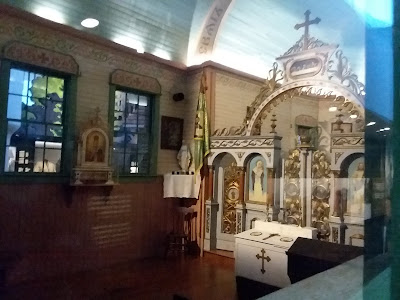 Across the corridor winding around the church are panels and artifacts about the transforming life of the country, reflected in the western city of Winnipeg. 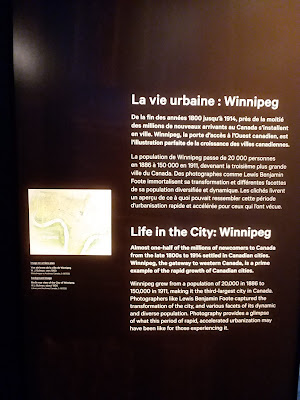 This includes the domestic uniform. 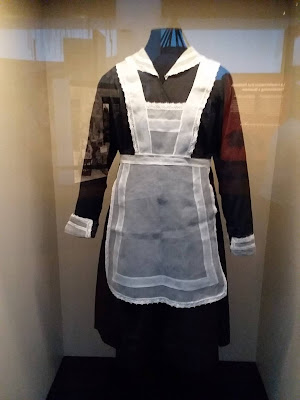 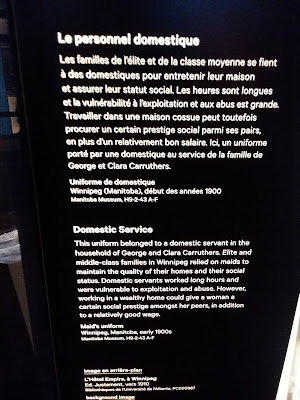 A hallmark of the era was the Eaton's chain, started by its founder, Timothy Eaton, with catalogues widely sent across the country. The company endured until several years ago, when, among other things, the incompetence of the current generation of Eatons scuttled the company. 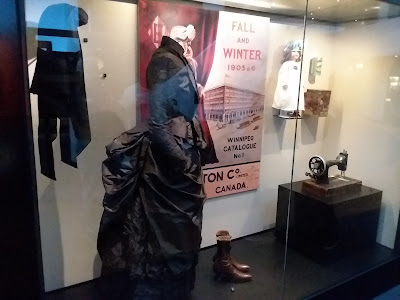 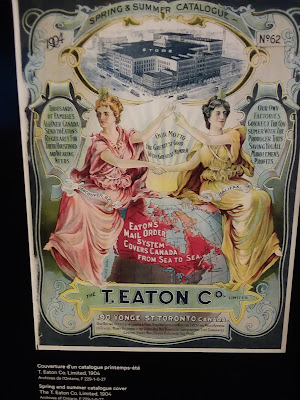 Social reform movements rose up during the turning of centuries, including temperance and suffrage. 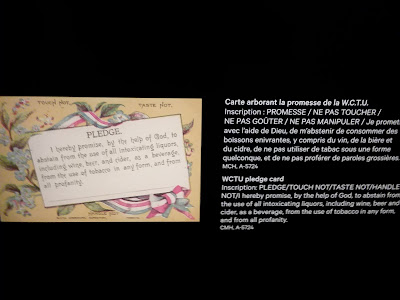 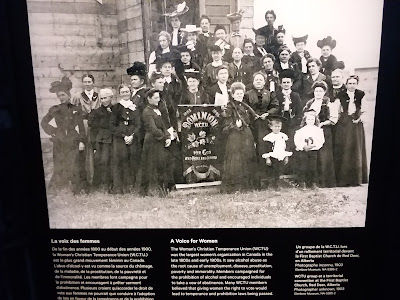 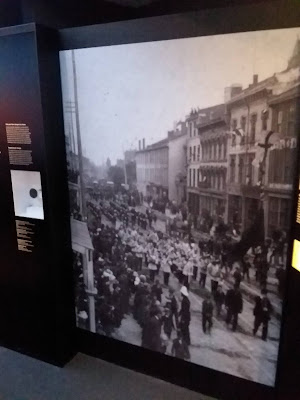 One last shot for today, a photograph taken during the First World War: the Canadian Women's Club in Ottawa. Thus we end the second of the three gallery spaces in the Canadian History Hall. Tomorrow we move on to the last of them. 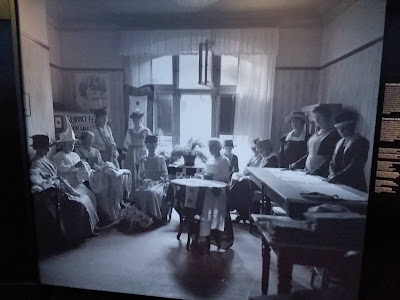