This centennial dress was made by Marjorie Gehl, the daughter of a Canadian diplomat in the United States, worn at various functions in the centennial year of 1967. 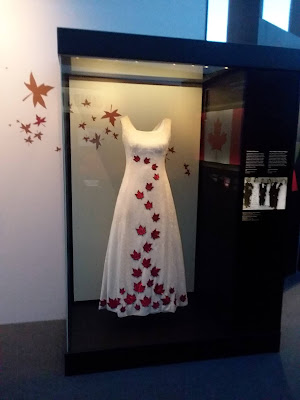 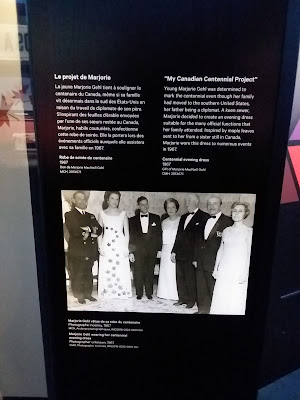 That was also the year of Expo 67 in Montreal. 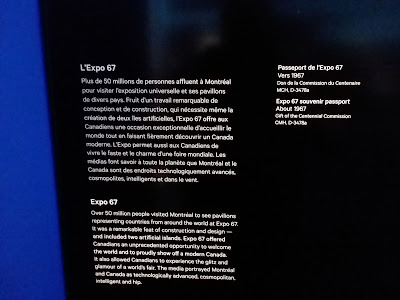 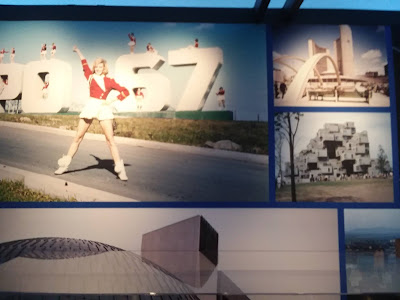 One of the greatest classical pianists of all time was Glenn Gould, a Canadian who was renowned for his skills and something of an eccentric. A pair of his gloves and one of his hats are here. 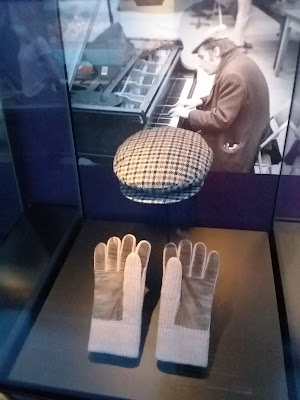 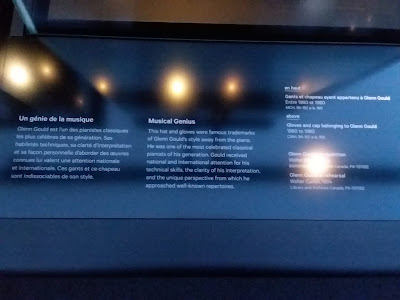 Another great Canadian: Northern Dancer, a legendary race horse who won the Kentucky Derby in 1964. His lineage continues today in the sport. 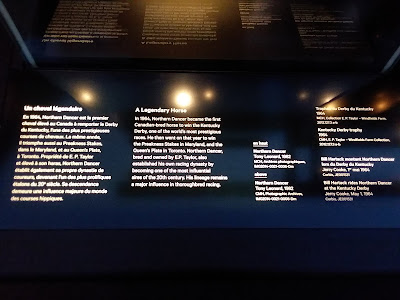 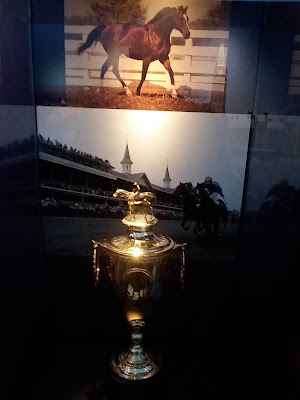 And another, an athlete of uncommon resilience and determination who captured the imagination of the country and left a big legacy behind after his death: Terry Fox. He lost a leg to cancer, aimed to raise money for cancer research in a marathon run across the country from east coast to west, and would be forced by the return of the disease to end his run near Thunder Bay in 1980. Runs in his name continue to be held each year around the world. 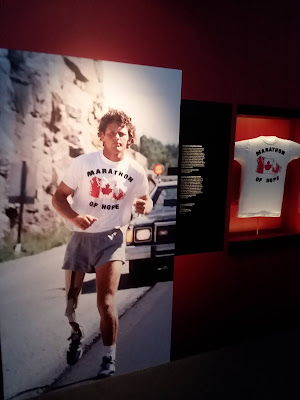 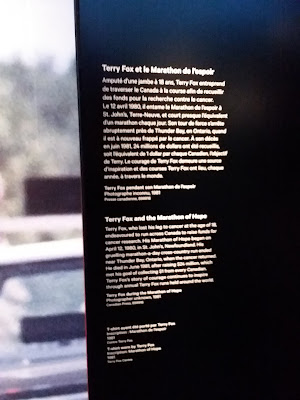 Two quotes by two different leaders speak of the ties that bind between Canada and its southern neighbour. 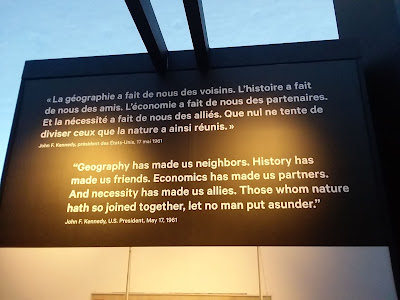 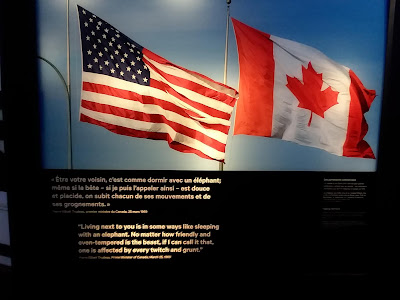