In 1995, the separatist Parti Quebecois was back in power in Quebec and attempted another referendum on separating from Canada. Premier Jacques Parizeau, backed by the Bloc Quebecois in the federal Parliament, led the effort, and famously would blame the 'ethnic' vote and money on the night he lost the referendum in what was almost certainly a booze fueled speech. These days, rumour has it that Jacques is burning down somewhere in the seventh circle of hell. 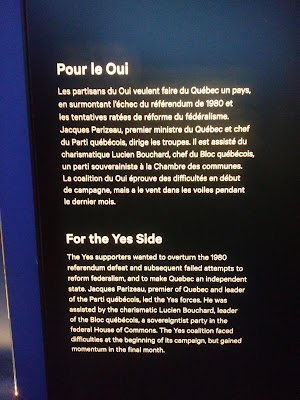 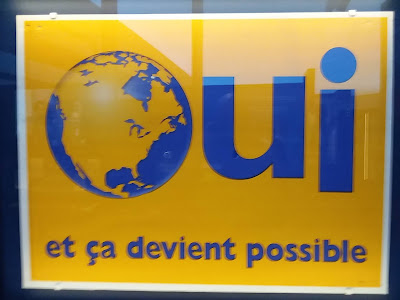 Leading the No side was the provincial Liberal leader, Daniel Johnson, backed by the federal government under Prime Minister Chretien. 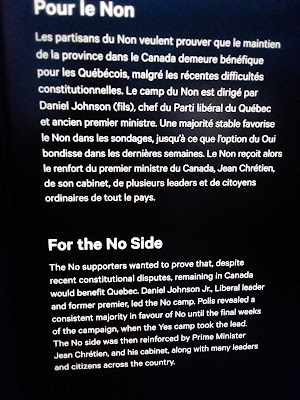 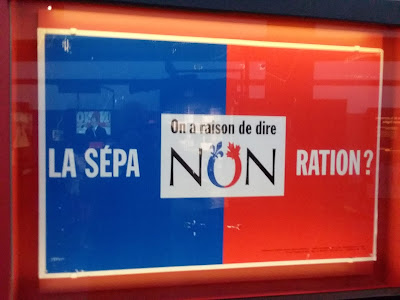 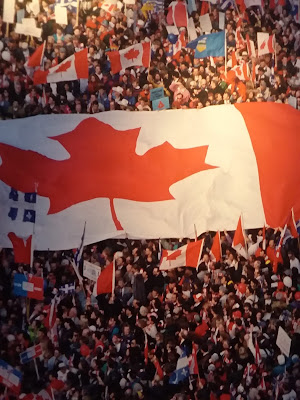 The referendum was close, as these two newspapers from the following day attest. As close as we've ever come to breaking up the country, it was a crossroads for the nation. 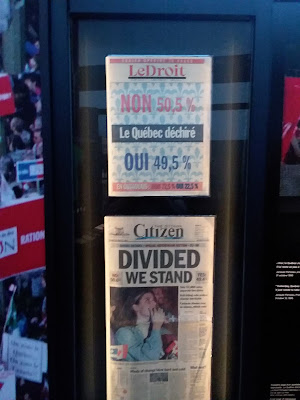 This is a record cover for a musical comedy called Anglo! The cover cartoon is by Aislin, the editorial cartoonist from the Montreal Gazette, one of the best in the business. 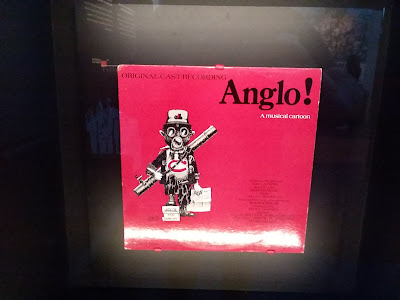 In the wake of the Quiet Revolution, Anglos in Quebec are a minority in a province where the French language even has language police (yes, it's silly). Some left; others have endured. 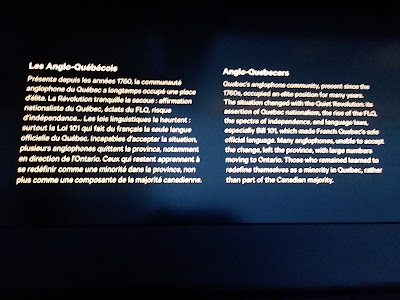 Of course, there are French speaking communities across the country. This t-shirt speaks to that. I'd like one of these, actually. 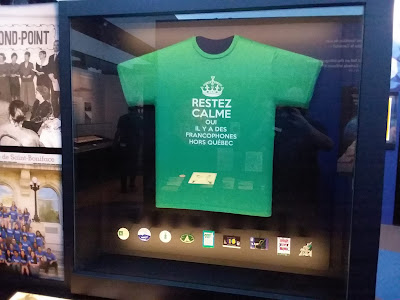 One of those is the group collectively called Acadians. This is the Acadian flag, still flown in many a place today, especially in the Atlantic provinces. 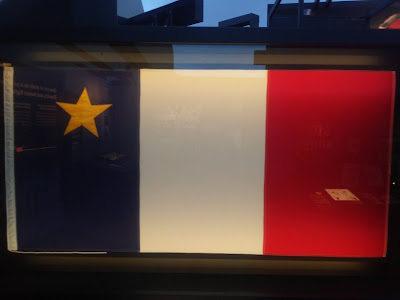